Supergirl has been a huge success for CBS so far, boasting the highest viewership of a comic book series pilot in the 21st Century at this point, and averaging about 11.24 million viewers per episode total, which is pretty impressive, even for a primetime DC Comics-inspired series. It should come as no surprise then that the network is looking to extend the series order, and they’ve announced today that more episodes of Supergirl have officially been ordered, bringing the first season of the show to a total of 20 episodes. 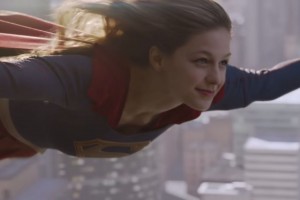 This number may seem strange, since it’s a bit shy of the normal 22-episode order that is usually given to a well-received primetime network series, though it’s likely a byproduct of Supergirl debuting late in the Fall, right at the end of this past October. The idea of the set, “Back nine” order is also becoming increasingly less prevalent amongst network television shows in recent years, particularly this season, with The Muppets’ full season order comprising 16 episodes, iZombie’s second season order landing at 19 episodes, Crazy Ex-Girlfriend being extended to an 18-episode order, and shows like The Last Man on Earth, Bones and Dr. Ken ending up indefinitely benched, with indeterminate orders for now. This is likely due to the overcrowding of successful television shows on many networks, along with the expected upheaval that comes from the rise of on-demand streaming services like Netflix, which steal attention away from the coveted 18-49 audience especially.

Supergirl is inspired by the DC Comics character of the same name, the young, upstart female cousin of the more famous and well-known hero of Metropolis, Superman. The drama series stars Melissa Benoist as Kara Danvers, who, at 24 years old, has just revealed her identity as Supergirl to the fictional National City, with her having to balance incredible powers, damning critics and a civilian life as the downtrodden assistant of media queen, Cat Grant, all the while assisting her adopted sister’s government organization, the DEO in the fight to defend Earth against alien threats.

Supergirl airs on Mondays at 8:00 P.M., on Global for us Canadians, and CBS for the U.S.

Keep flying to Eggplante for all news and updates on Supergirl.