If you happen to have paid a visit to the website of game developer, WB Games Montreal today, you’ll have noticed a brand new pop-up that greets you immediately upon entering the site. The pop-up proudly announces that the developer is looking to hire lots of new employees. More telling than this otherwise routine advertisement of open job positions however is the fact that the new employees are needed for not one, but two AAA video games inspired by the DC Comics Universe! CTV also reports that the Canadian government is funneling $1.5 million into the studio’s expansion to make the games. Clearly, these two projects are a very big deal! 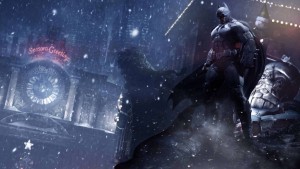 It’s unknown exactly which corner of the DC Universe that WB Games Montreal is looking to translate to the AAA gaming space, though the increase in resources and employees given to the studio is inevitably in response to the massive success of the Batman: Arkham games amongst avid gamers and DC fans alike. Though Rocksteady claims to have concluded their run on the Batman: Arkham series with the release of Batman: Arkham Knight this year, it’s possible that at least one of the two games is another Batman: Arkham prequel, since it’s highly doubtful that Warner Bros. would simply want to abandon such a popular and lucrative property as the Dark Knight’s cutting-edge action-adventure game franchise. The other game however is anyone’s guess. Might Warner Bros. and DC be thinking about making similarly ambitious games surrounding characters like Superman, or Wonder Woman, or The Flash, or Green Lantern? It’s certainly an exciting prospect, one that’s ripe to expand DC’s new appeal to gamers even further!

We’ll be sure to keep an eye on this development, but for now, keep flying to Eggplante for all news and updates on Warner Bros.’ and DC’s video game projects.