This year’s rendition of The Game Awards saw several very exciting announcements, most of which were completely unexpected! Among these announcements was confirmation that Telltale Games, the masters of episodic gaming that previously brought us episodic adventure games based on The Walking Dead, Game of Thrones and Back to the Future, among other licensed collaborations such as Tales from the Borderlands and Minecraft: Story Mode, will be developing a big new Batman-inspired episodic adventure game! The game is set to release its first episode at some point in 2016.

The mysterious project was revealed with an inky teaser that showcased a controversial figure, with both sides of an increasingly familiar identity being debated by various unseen people. As the ink reforms into large city scenery, which becomes ever more reminiscent of Gotham City, we eventually see it form in the image of Bruce Wayne, with two beautiful women around his arms, before finally reshaping itself into the iconic Batman symbol. Nothing else needs to be said.

While Telltale wasn’t on hand to say much about the game, it’s presumed that it’s in development for at least PC, Mac, PlayStation 4, Xbox One, iOS and Android, as they’re most often Telltale’s current preferred platforms. It remains unclear whether the company will continue to pursue last-gen Xbox 360 and PlayStation 3 versions of the game, and whether they’ll pursue specialty ports on platforms like PlayStation Vita and Wii U, which they sometimes do, but not always. It’s also unknown whether the game will comprise the usual five episodes, or more, as was the case with Telltale’s recent six-episode Game of Thrones game. A brief blog post on Telltale’s official site does confirm however that the game will place just as much emphasis on being Bruce Wayne, if not more, as being Batman, with the game being all about balancing the duality of Bruce’s public and private identities in the battle to save Gotham City from familiar villains, and an unyielding wave of crime. 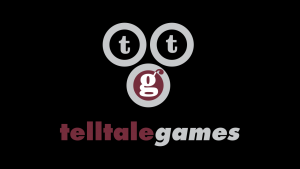 Ironically, Telltale announced an unspecified collaboration with Marvel several months beforehand, set for 2017, despite this Batman game releasing first, in 2016. The fast-tracking of the Batman project is hardly surprising however, as Warner Bros. and DC Entertainment have made by far the most successful games inspired by the DC Universe from the Batman franchise, particularly the highly-celebrated Batman: Arkham series. DC is looking to boost their other characters in the video game space however, namely through 2013’s well-received ensemble DC fighting game, Injustice: Gods Among Us (which in turn spawned a great comic book spin-off series for DC Comics!), as well as two mystery DC game projects that have been given the green light at Warner Bros. Montreal recently.

Keep swooping to Eggplante for all news and updates on Telltale projects, and Batman games.