After its earth-shattering announcement during Sony’s E3 press briefing this year, the Final Fantasy VII remake popped up again as an early keynote showcase during this year’s PlayStation Experience expo. Not only was some new footage revealed for cutscenes, showing just how amazing the game’s story sequences and character redesigns look, but some first gameplay details were also revealed, namely in regards to the battle system! 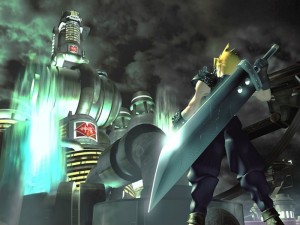 To start, while the game contains many recognizable enemies and locations, at least from this early portion of dystopian city, Midgar, where the events of the original began, the game proceeds in more of an action-adventure style than its PlayStation predecessor from 1997. Cloud is shown to be able to squeak through tight corners, run and leap around environments, and naturally, interact with other characters. The game also showed off some fully English voice acting, suggesting that the remake is further in development than some may have believed, or at least, this first section. Could this possibly suggest that the Final Fantasy VII remake, much like next year’s Final Fantasy XV, will release at the same time worldwide?

Most important however is the battle system, which was briefly demonstrated in the reveal trailer, as Cloud and Barret take on some soldiers from the evil energy-sucking corporation, Shinra. As suspected, the battle system is no longer turn-based, and seems to be a blend of menu-based commands and fully real-time, action-RPG combat. The battle sequences definitely resemble Square Enix’s other big RPG franchise, Kingdom Hearts to a noticeable degree, allowing players to presumably use the Directional Buttons to dictate whether Cloud attacks with his sword, or uses magic or items, though they also seem to resemble the similar new hybrid battle system of Final Fantasy XV as well. 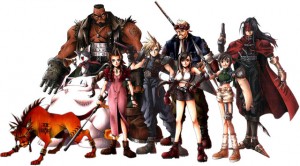 There’s still no release information in sight for the Final Fantasy VII remake, but Square Enix had a cool surprise in store for fans. As suggested upon the leak of the game’s trophy roster recently, the original Final Fantasy VII build from 1997 is releasing on the PlayStation Store for PlayStation 4 owners today! The game is based off of the refined re-release from Steam, though is otherwise completely faithful to the original 1997 build, complete with turn-based combat and retro graphics.