In one of the PlayStation Experience keynote’s more predictable announcements this year, Sony San Diego unveiled the next installment in their widely celebrated baseball sim series, MLB 16: The Show. The game is scheduled for release on March 29th, 2016, and is now available for pre-order on PlayStation 4 and PlayStation 3. 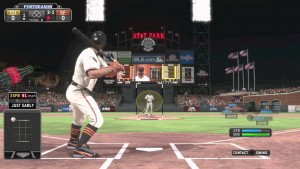 Yes, this year marks the handheld PlayStation Vita rendition of the game being dropped, going along with Sony’s claim that they are no longer actively supporting the PlayStation Vita handheld, and now leaving it for third-party Japanese developers and indie developers to sustain. Regardless, the game’s cover athlete will be Toronto Blue Jays MVP and third baseman, Josh Donaldson. Unlike the past several years, MLB 16: The Show will feature Donaldson on the cover of both the Canadian and American releases of the game.

Few other details exist for MLB 16: The Show at present, but keep swinging for Eggplante for all news and updates on your MLB: The Show news.