iZombie is one of the best shows on television when it comes to blending so much great humour and drama within such a seemingly ridiculous concept. This unique gift was displayed yet again with “Cape Town”, the vaguely Christmas-themed midseason finale that had the show openly satirizing its comic book roots, and superhero culture in general. This had the show ending its first year quite strong, especially when a series of big developments nicely leaves enough material to muse about, as the show enters its Winter hiatus until mid-January.

The episode begins with an amateur superhero known as “The Fog” showing up dead in a garbage truck shortly before Christmas. Liv munches on the victim’s brain, and finds herself overcome with an overblown sense of justice. I guess she wasn’t lucky enough to get the shop teacher’s side of the brain. 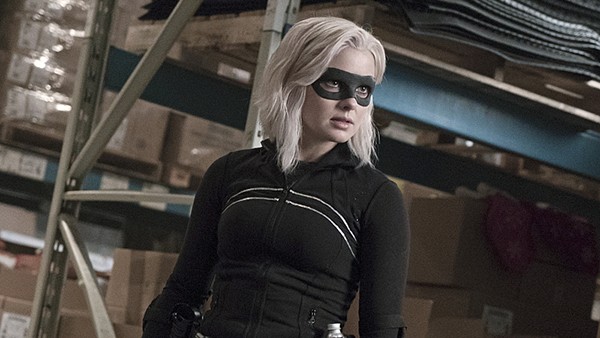 Naturally, this leads to plenty of fantastic opportunities for laughs, as Liv delivers over-the-top speeches about heroism to Ravi and Babineaux in particular, while also seeming to glorify people taking the law into their own hands. This seems to immediately put tension on Babineaux, especially as the case becomes more twisted than the two would have imagined.

This was another of Season Two’s better cases-of-the-week, especially since it ties Stacey Boss into the plot more than virtually any case to come before it. We saw lots of Boss this week, who is working a seemingly benign job as a volunteer Santa. Boss feigns ignorance and repeatedly toys with Liv and Babineaux, and this was awesome, since it really started to illustrate how untouchable Boss really is. Babineaux, and the rest of the Seattle PD, are fully aware that the guy is rotten, but they can’t do anything about it, and he knows it. This also contrasted nicely with Liv’s almost naive brain-induced heroism, especially when Boss actually saves Liv’s life toward the end of the episode, after she dons a costume and tries to expose the truth about Boss’s illicit arms dealing ring. 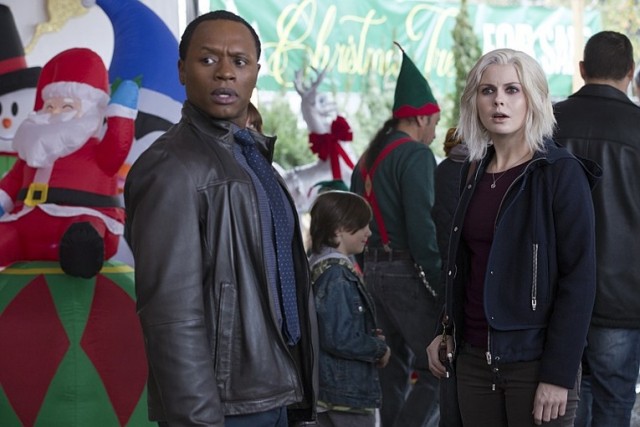 Apparently, the, “Victim” of the mugging that The Fog thwarted was the wannabe hero’s killer, and had a habit of robbing casino games, particularly those of Boss. The, “Muggers” chasing after her were actually security people on Boss’s payroll. This was a great twist, especially when Boss kills one of the fake muggers for his failure, before Babineaux gets to the other. The episode effectively kept viewers guessing right up to the end, but the most shocking turnout was Babineaux finally putting his foot down with Liv’s amateur police work, and saying that the two can no longer work together. Obviously, this won’t stick, but it was interesting to see Babineaux finally get pushed over the edge by Liv’s recklessness. Even for the viewers, it’s hard to remember that Liv isn’t actually a cop, and is putting herself in very real danger with some of these cases.

Major and Ravi also got some great material for the midseason finale, as did Blaine, who forces Liv to turn an enforcer of Boss’s into a zombie, in order to save his life. Liv is left with no choice in the matter, since not turning the guy means no tainted Utopium. Apparently though, the guy only knows the vague idea of where tainted Utopium is, which is stuffed in a couple of bodies buried near a water tower, though as with the case-of-the-week, the best twist was saved for last. Ravi comes into the M.E.’s office one day, and sees that the, “Cured” zombie rat has regressed back into its zombie state. Apparently, the cure wears off after a while. This has massive implications for Season Two’s back half in 2016, not only because of the amount of people that will return to being zombies, but also because Major and Blaine will eventually become zombies again! This raises the stakes to perfect a cure like never before, and is probably the most exciting development to look forward to when the show returns in 2016!

Finally, Major went through some serious soul searching in this episode, as he struggles with dealing with Liv’s brain-induced personality changes. Major eventually meets a woman in a bar, realizes she’s a zombie, then sneaks into her house, barely stopping her from committing suicide! Major and the woman talk for a long time, with Major learning that the woman is a zombie hooker, who was turned to service zombie men. She used to be a perfectly human call girl for upper class clientele, and was quite happy with that, especially since the money allowed her to indulge her love of traveling. Major eventually talks the woman out of committing suicide, thankfully, and convinces her to enter one of his freezers of her own will, on the promise that he’ll kill her if the cure fails. This would seem like a victory, except the grief of losing her work with Babineaux leads to Liv breaking up with Major, which may have him re-thinking saving zombies for Liv’s sake. Another interesting thing to look forward to in 2016. 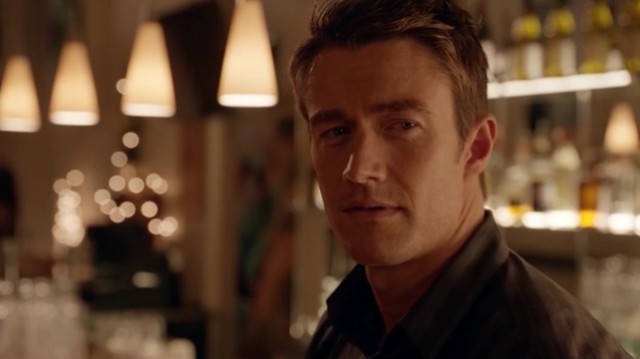 There was a lot happening in this midseason finale for iZombie, but it was yet again crafted superbly, and the show felt like it did a good job of tying up its many plot threads for the end of the year, while also setting up plenty of great new story arcs for 2016. Both the comedy and drama really worked in this episode, and the increased emphasis at jabbing at comic book convention was a neat callback to the show’s graphic novel source material. Even former victories seem to be slipping through Liv’s fingers as the show’s first year comes to a close, and the climb to restoring order in Seattle just became a lot more uphill, though that no doubt means that iZombie won’t be wanting for great new stories to tell in 2016!