The new freebies will go live on New Year’s Day, Friday, January 1st, 2016. At that point, they’ll replace most of December’s free rewards. Thus, if you have yet to redeem The Incredible Adventures of Van Helsing on Xbox One, or either Sacred 3 or Operation Flashpoint: Dragon Rising on Xbox 360, you have until then to do so, before they return to their original paid pricing for Xbox Live Gold members. Thief will remain free on Xbox One until January 16th, at which point it will be replaced by January’s second free Xbox One reward.

Without further ado then, let’s see what Xbox Live Gold members have to look forward to on Xbox One and Xbox 360 this January:

To start, on Xbox One, Killer Instinct: Season One – Ultra Edition will be offered throughout the entire month of January. This will compile the initial fighters, costumes and feature set from Microsoft’s, Rare’s and Iron Galaxy’s free-to-play fighting game, a revival of the fan-favourite fighter franchise, Killer Instinct from the 1990’s, re-tooled from the ground up exclusively for Xbox One. It will also include an arcade-perfect port of the original Killer Instinct as a free bonus to boot! We reviewed the initial season of Killer Instinct back during the Xbox One launch in 2013, praising its excellently refined fighting mechanics and gorgeous production values, though we criticized its then-lack of fighters and play modes, something that has since been mostly rectified by the subsequent ‘season’ of content for the game.

The second free Xbox One reward for January will be Zheros, a brand new independent game release from Rimlight Studios, which will be free from January 16th to February 15th. A scrolling, three-dimensional beat-em-up set in a far-flung, hi-tech world, players take control of Captain Dorian, along with her famously unintelligent, yet very strong ally, Mike, to strike back against the evil forces of Captain Vendetta. The game aims to incorporate both melee and shooting attacks to make for an action game that feels both faithful to arcade games of yore, while also something fun, humourous and colourful for the modern era. Aside from Xbox One, Zheros is also planned for release on PC and PlayStation 4. 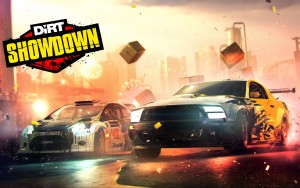 Next, the first free Xbox 360 reward for January will be DiRT Showdown, which will be free from January 1st to January 15th. A rally racer from Codemasters, DiRT Showdown removes several play modes from its predecessors, but replaces them with more aggressive, demolition-based gameplay. That said, the DiRT hallmarks of performing in events to raise money, and both purchase and upgrade vehicles, is maintained. DiRT Showdown received merely average reviews during its initial release in 2012, with its initial thrills and driving mechanics praised, though its lack of contents and underwhelming multiplayer suite were criticized. DiRT Showdown is also available for PC, PlayStation 3, Mac and Linux.

Lastly, the second free Xbox 360 reward for January, which will be free between January 16th and January 31st, is Deus Ex: Human Revolution. A revival of the acclaimed stealth/first-person shooter/RPG franchise, Deus Ex: Human Revolution is a series prequel, taking place in the year, 2027. Players take control of Adam Jensen, in a time when cybernetic human augmentation is becoming a hot issue. Players can alter the course of the story by deciding to keep Jensen as naturally human as possible, or outfit him with cybernetics until he becomes a superhuman, but also inhuman, killing machine. Deus Ex: Human Revolution received great feedback upon its initial release in 2011, with its gameplay flexibility, story and production values all receiving acclaim, even if its faulty boss battles were criticized. Deus Ex: Human Revolution is also available for PC, PlayStation 3 and Mac, and has a ‘Director’s Cut’ with further refinements and bonus content available on the same platforms as the original, as well as Wii U.

This isn’t a bad month to start 2016’s free Games with Gold selection off with, particularly considering that Deus Ex: Human Revolution is a real gem of a freebie for those who have yet to experience it. This is all the more true with its sequel, Deus Ex: Mankind Divided, finally set to arrive later in 2016. The first season of Killer Instinct is also a pretty solid reward for Xbox One owners, and Zheros looks to be a promising project itself. DiRT Showdown is a lot less exciting, but at least the good outweighs the bad for Xbox Live Gold members this month.