Rumblings have surfaced at gaming scoop site, Kotaku that Ubisoft may be making a pretty big change to their 2016 business plan. This report is obviously not verified by Ubisoft, so take it with a grain of salt until it’s confirmed, but allegedly, we won’t be seeing a new Assassin’s Creed game this year. If this is true, it will mark the first time that we haven’t had an Assassin’s Creed game release within a year since 2008. 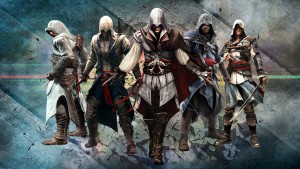 Apparently, the decision to withhold a new Assassin’s Creed game in 2016 had nothing to do with last year’s release of Assassin’s Creed: Syndicate, which was overall well-reviewed (including from us), and generally sold well (albeit slower than many other series entries in certain major territories), but is actually attributed to Assassin’s Creed: Unity from 2014. Assassin’s Creed: Unity was met with scorn and frustration by critics and fans alike, due to it being blatantly rushed to make its release date, resulting in a litany of technical issues, potentially game-breaking glitches, a widely-criticized post-launch embargo for reviews, and gameplay that was deemed to be lacklustre in comparison to the series’ other mainline entries. The annualized release schedule of Assassin’s Creed was blamed for many of these issues, with many feeling that it was no longer realistic for Ubisoft to make annualized Assassin’s Creed entries for the eighth-generation PlayStation 4 and Xbox One consoles.

Watch Dogs meanwhile was met with mostly favourable reception from critics back in 2014, with our own review also being fond of it as a hacktivist-themed open-world sandbox game, though as with other reviews, we also took issue with the lacklustre quality of its PlayStation 3 and Wii U ports. Watch Dogs 2 hasn’t been formally revealed yet, though it’s likely shedding the last-gen Xbox 360 and PlayStation 3 ports, and the Wii U port, given Ubisoft’s exclusive push toward prioritizing PlayStation 4 and Xbox One development in their games. The evidence would thus suggest that Watch Dogs 2 is no doubt in development for PlayStation 4, Xbox One and PC, and Kotaku’s sources also claim that Watch Dogs 2 will now take place in San Francisco, rather than the first game’s setting of Chicago. It’s unknown whether the game will star a new protagonist, or whether Aiden Pearce will still be the lead character, though the former is probably more likely. 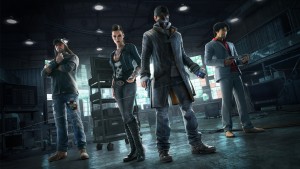 Again, bear in mind that this information has not been confirmed by Ubisoft yet. That said however, Kotaku was responsible for leaking Assassin’s Creed: Syndicate several months before Ubisoft officially announced it, back when it was internally referred to as ‘Assassin’s Creed: Victory‘, so it’s not unfeasible to think that they have inside sources at Ubisoft that could be tipping them off to big Assassin’s Creed announcements such as these. The evidence would indeed seem to suggest that Ubisoft wants to avoid another Assassin’s Creed: Unity-esque fiasco this year though, especially since more bad press from a similarly botched game release will no doubt negatively impact the box office sales of the Assassin’s Creed movie when it hits theatres in December.

Keep sneaking to Eggplante for all news and updates on Assassin’s Creed.