TVLine has broken some news today, which will likely shock no one. Apparently, they’ve received a scoop that Netflix and Marvel are very close to green-lighting a Netflix Original Series centering on Marvel anti-hero, The Punisher. While neither Netflix nor Marvel has confirmed the news yet, Netflix is set to present at the Television Critics Association Winter Tour tomorrow, where it’s quite possible that they’ll formally announce the planned series. On the other hand though, they may also hold off until the character debuts on Daredevil in March, gauging fan reception to his Marvel Cinematic Universe incarnation before they announce a spin-off series with him as the star. 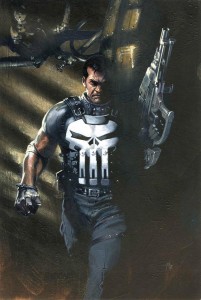 Again, the idea of a Netflix show centering on The Punisher will likely not be a surprise to Marvel fans, given that Marvel’s two currently available Netflix shows, Daredevil and Jessica Jones, both received enormous critical and community acclaim in their debut seasons, and are both among Netflix’s most watched original shows overall. Thus, it’s very likely that Marvel would want to get as many properties onto Netflix as they can in the near future, with a Moon Knight series also rumoured to be in the works for the streaming service at some point.

Unlike Moon Knight however, The Punisher’s debut in the Marvel Cinematic Universe is already set, as he will be a key character and antagonist for Daredevil’s upcoming second season, which will premiere on March 18th. The Walking Dead’s Jon Bernthal is set to portray the anti-hero. Previously, Bernthal entertained the idea of leading a spin-off series starring his violent and emotionally shattered vigilante, while Netflix and Marvel also coyly stated that a Punisher series is perfectly possible on Netflix, should Bernthal’s Punisher be received well by audiences on Daredevil. 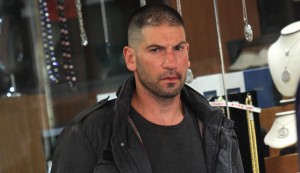 If Daredevil’s second season is even half as successful as the first, it seems like a no-brainer to spin The Punisher off into his own show, particularly since the dark and violent subject matter of The Punisher’s comics would no doubt feel most at home on the unrestricted channel of Netflix. Bernthal recently teased that his debut on Daredevil will not disappoint fans of the character, and that the presence of Frank Castle will lead to an even darker season than the first, with the character said to go to some very traumatic places over the course of the next batch of thirteen episodes.

We’ll be sure to keep an eye on the potential development of a Punisher-centric Netflix series. In the meantime, keep targeting Eggplante for all news and updates on Daredevil, and other big developments for the Marvel Cinematic Universe.