NOTE: Full spoilers for this episode of “Supergirl”, including a major character death, are present in this review

Supergirl sputtered for the most part last week with the disappointing, “Bizarro”, but as with the other times that the show has suffered through a lacklustre episode, the series rebounded very well the following week. “For the Girl Who Has Everything” was a very emotionally satisfying and impactful Supergirl episode, one clearly adapted from the famous Alan Moore-penned Superman storyline from DC Comics, “For the Man Who Has Everything”, which was also adapted for the DC Animated Universe on Justice League Unlimited.

In the case of Supergirl however, it wasn’t B-list Superman nemesis, Mongul that was behind the parasitic Black Mercy, which traps Kara in her perfect fantasy as it slowly drains the life from her, but instead, Non, who went against Astra’s order not to harm her niece, before the Kryptonians make their latest strike against humanity. Timed with a massive solar storm that is interfering with satellite communications and cellphone signals across the world, Non and Astra prepare to launch the biggest step in their mysterious plan yet, while the DEO is kept busy trying to rouse Kara from the parasitic attack that is keeping her unconscious and slowly dying. 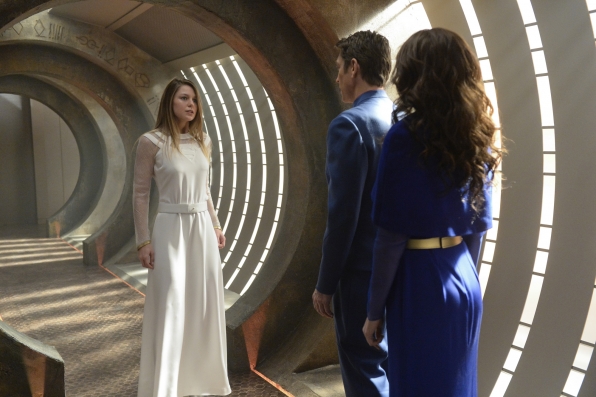 As with Superman in the famous comic book storyline, the Black Mercy takes Kara to a perfect realization of a Krypton that never exploded, with Kara’s birth parents alive and well, Astra in the family’s good graces, and even a young Kal-El still happily enjoying the company of his cousin. With each passing moment, Kara starts to believe the fantasy more and more, gradually losing her memory of Earth, and becoming all the more lost in this perfect vision of Krypton, unaware that she’ll soon be lost to the real people in her life.

The real strength of the episode was spotlighting the supporting cast, and how they work together to keep the world spinning without Supergirl, even at CatCo. As Alex makes the questionable decision to let James and Winn into the DEO to be at the unconscious Kara’s side, Hank is forced to try and cover for Kara with Cat Grant, which adds some welcome levity to what’s otherwise an especially dramatic and heavy episode of Supergirl this week. The scenes of Hank portraying an extra-serious, confident and assertive version of Kara in Cat’s company are very funny, particularly as Hank predictably underestimates the demand of Kara’s civilian job. He really puts it best when he mutters under his breath, following a heated berating by Cat, “That woman makes me miss my alien prison.”

In truth though, it was Alex that was often the star of the episode this week, as we see her go to increasingly desperate lengths to try and save her sister. After unloading a beating on Maxwell Lord, initially believing him to be the culprit behind the parasite, and screaming impotently at the A.I. of Kara’s mother, who has no information on the parasite, Alex is surprised to be paid a visit by Astra, who disagrees with Non’s using of the Black Mercy on her niece, and tips off Alex as to what it is, and how it can be stopped.

With time running out as the Kryptonians mobilize, Alex makes the decision to utilize Maxwell Lord’s assistance to build her a VR apparatus that can enter Kara’s mind, even if there’s a chance that Alex could die alongside Kara if things go badly, while Winn traces the satellite signals that pinpoint where Non’s forces are going to move. This leads to Alex having to try and talk Kara out of the fantasy, even being captured and sentenced to exile in the Phantom Zone in the process, though as Alex pleads with Kara to remember who she is, and remember that the world needs her, she starts to get through. The world shakes at Alex gradually waking Kara up to reality, and as she just barely reaches for her sister, it appears that she was yanked out. Fortunately though, Alex ended up being successful, as the Black Mercy slips off Kara and dies, while Kara awakens, and makes a beeline for Non, enraged at having to lose Krypton a second time. 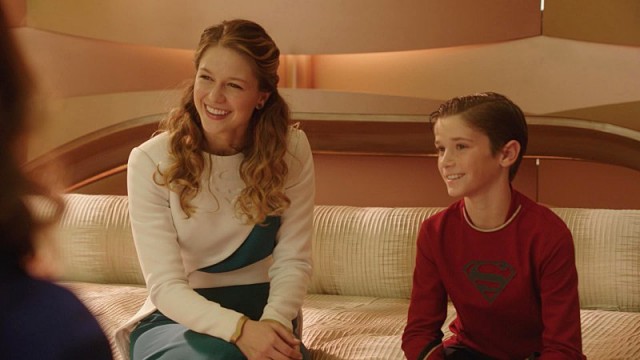 This leads into a solid climax of Kara and the DEO mobilizing to drive away the Kryptonians, or at least attempt to, with Alex going after Astra, as Kara targets Non. The other DEO soldiers attempting to stop the remaining Kryptonians appear to be killed off-screen, though Kara gets a few blows in with Non, before having to hold up a dish that Non blasts down with his heat vision, allowing him to escape. Alex and Hank meanwhile get to attack Astra, as she arms the mysterious Kryptonian weapon on another satellite station, with Hank going full Martian Manhunter to try and subdue her, in one of the episode’s coolest and most exciting moments. Surprisingly though, Astra gets the upper hand, and is about to kill Hank, before Alex runs her through the heart with a Kryptonite sword! Damn!

Yes, Astra meets her end this week, with Kara getting to hold her dying aunt for enough moments to make their peace, though Astra laments to Kara that Non can’t be stopped, and Kara had best just get out of his way. As Astra dies in Kara’s arms, Hank lies about the battle, claiming it was he that killed Astra, in order to preserve Kara’s love of her sister, but it’s probable that the truth will come out later this season. Still, the episode ends on a reasonably happy note, as Kara enjoys ice cream time with James, Winn and Alex, an upbeat and peaceful scene, though one that hangs slightly heavy with the specter of Non succeeding in the latest step of his plan, as he prepares to use Lord Technologies satellites to cripple the human infrastructure in some fashion. 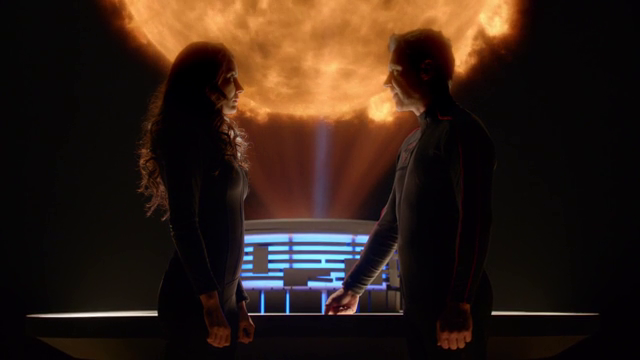 This episode wasn’t perfect, since it felt like Hank got off easy with an otherwise infuriated Cat, who simply gave, “Kara” the day off in the end, on account of being annoyed enough (I don’t think that’s how Cat would operate), and the material with the Black Mercy was obviously constrained by the episode’s strict length, but, “For the Girl Who Has Everything” was still a great offering, and one of the most effectively emotional Supergirl episodes yet. The Kryptonian villains have never been more interesting, with Astra now being killed, and the full fury of Non now being on the horizon, and as usual, Kara continues to prove that her heroism isn’t limited to a suite of cool powers!

Supergirl 1.13: "For the Girl Who Has Everything" Review
Supergirl adapted an especially famous Superman comic storyline with great results this week, as Non steps up his plans to cripple humanity, and Alex proves the true depth of the love she has for her adopted sister.
THE GOOD STUFF
THE NOT-SO-GOOD STUFF
2016-02-09
85%Overall Score
Reader Rating: (0 Votes)
0%