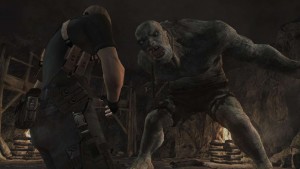 Resident Evil 4 is considered to be one of the greatest all-time classics in horror gaming, and stars Leon S. Kennedy, as he makes his way to a fictional European village to rescue the president’s daughter, only to discover a very sinister secret, and a horrifying new parasitic evil in the process. Resident Evil 4 originally launched in 2005 as a GameCube exclusive, completely overhauling the series’ established gameplay with a new action/horror blend, though the game later expanded to PlayStation 2, Wii, iOS, Android, and offered two different builds on PC, while also getting last-gen HD remasters for Xbox 360 and PlayStation 3. 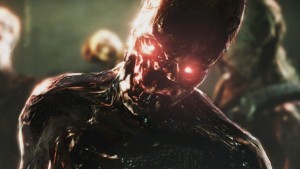 Resident Evil 5 originally released in 2009, and starred original Resident Evil protagonist, Chris Redfield. Teamed with a partner named Sheva Alomar, the game had a co-operative focus that tasked players with fighting their way through a fictional African nation that was plagued with a new strain of evil mutations and horrors. While still considered good overall, the game received noticeably lesser praise when it first launched on Xbox 360, PlayStation 3 and PC, with many feeling that the game was a dilution of the enhanced formula that was pioneered with the game-changing Resident Evil 4, particularly since the co-op flavouring was deemed to be unnecessary.

Resident Evil 6 is particularly infamous among fans, making its remastering feel like a bit of a mystery, perhaps merely done for series consistency. The game was heavily criticized by critics and fans when it first launched on Xbox 360 and PlayStation 3 in 2012, later following on PC, for more or less completely abandoning the series’ horror foundations, in favour of an action-focused story that unfolded from four separate campaigns. The backlash from the game was so bad in fact that Capcom announced that the series’ next proper entry may even end up being a full reboot, rather than a ‘Resident Evil 7‘. Instead though, Capcom is currently at work on a full remake of Resident Evil 2, alongside these remasters.

Keep scaring up Eggplante for all major news and updates on Resident Evil.