Netflix and Marvel have cast Danny Rand, a.k.a. the Immortal Iron Fist, for their upcoming Netflix Original Series, Iron Fist! Official Hollywood source, Entertainment Weekly broke the news today, ahead of an official announcement by Netflix and Marvel Entertainment, confirming that 27-year-old Game of Thrones actor, Finn Jones, best known as Ser Loras Tyrell on HBO’s dark fantasy series, has won the role. Jones will headline the Iron Fist series when it arrives on Netflix in the near future, along with reprising the role in crossover Netflix miniseries, The Defenders, which will unite the protagonists of Daredevil, Jessica Jones and Luke Cage alongside him. 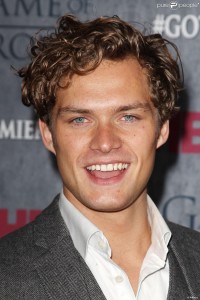 Iron Fist doesn’t yet have a firm release window, though given that Netflix is already seeing a second season of Daredevil in a few short weeks, along with the debut season of Luke Cage later in the year, it’s believed that Iron Fist will launch its debut season on Netflix in 2017. The Defenders meanwhile is targeting a release on Netflix in 2018, with a second season of Jessica Jones also recently being ordered by Netflix, though it may not arrive on the streaming service until after The Defenders, according to claims by the showrunners.

In Marvel lore, Iron Fist is a master of martial arts, and can make use of chi energy to enhance his combat capabilities as a living weapon. Netflix’s Iron Fist show’s official synopsis has the young Danny Rand returning to New York City after a lengthy absence, and using his martial arts abilities to fight the criminal element plaguing the city.

While Iron Fist hasn’t yet been properly glimpsed in the Marvel Cinematic Universe, the former Marvel Netflix shows have made passing references to his background. Daredevil features a drug named after Iron Fist’s arch-nemesis, Steel Serpent, and also references the fictional nation where Iron Fist developed his fighting prowess, K’un-Lun, while Jessica Jones has a lead character called Jeri Hogarth, a gender-swapped version of Jeryn Hogarth, Iron Fist’s attorney from Marvel Comics lore. It’s likely that Luke Cage will also reference the existence of Iron Fist later this year, considering that Luke Cage and Iron Fist are best friends in Marvel lore, and even run a business together, called ‘Heroes for Hire’.

Keep brawling Eggplante for all major news and updates on Iron Fist, and other projects set in the Marvel Cinematic Universe.