After a more by-the-numbers episode last week, Lucifer felt like it successfully aimed a bit higher this week. “Favorite Son” not only delivered a fairly decent, albeit very simple case-of-the-week, but also continued to effectively develop Lucifer’s character, particularly in how he resents his station as the Lord of Hell.

This week’s case had a more personal connection to Lucifer as well, which had a surprisingly strong payoff at the end of the episode. The central crime of the episode occurs when someone steals a shipping container that happens to belong to Lucifer, and murders a security guard in the process, which is how the LAPD get wind of the case. With Lucifer now a full-fledged civilian consultant, he’s all too happy to jump on the case with Chloe… Until he finds it boring and changes his mind. 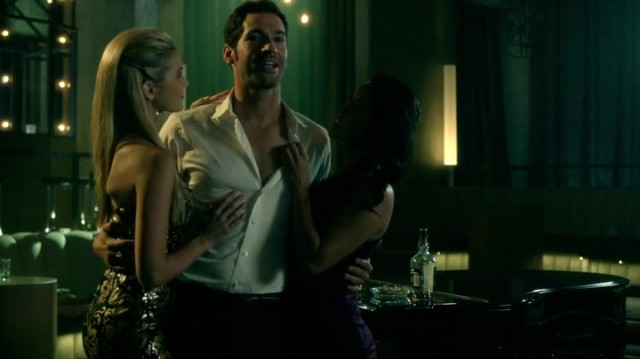 This was kind of a funny juxtaposition of Lucifer constantly begging Chloe to involve him in her work more, only to get his wish, and then decide that he’s not satisfied again, then agreeing to work the case anyway when he learns that the stolen shipping container belongs to him. This also effectively played into the episode during Lucifer’s latest visits to Linda as well, who begins poking at his true identity, and who Lucifer truly thinks that he is. This has Lucifer becoming surprisingly defensive, which helps contribute to the satisfying conclusion of the episode, when we see just what was at stake.

Linda also continues to seek help from Amenadiel, who continues to suggest that she more actively embrace Lucifer’s supposed, “Metaphor” of being The Devil. It’s neat to see Linda’s dynamic with Amenadiel, which is proving to be one of the more inspired left-field decisions for Season One of Lucifer so far, since it continues to explore the idea that angels aren’t necessarily inherently good, while demons aren’t necessarily inherently evil. They act as forces more akin to order and chaos, respectively, with Amenadiel employing deceit, along with his own sense of seduction, to do what he thinks is necessary to restore order. It’s really interesting, and further helps Lucifer’s character, showing that his liberal humour comes from a place of dejection and genuine sadness, which explains why he gets such pleasure from mocking angels and other subjects related to God, who he thinks has abandoned him.

Dan also ends up paying a visit to Maze this week, at Chloe’s behest, when she starts to suspect Lucifer of being mixed up in illegal activity. Dan tries to get Maze to show him Lux’s books, unsuccessfully at first, instead winding up naked in Chloe’s bed, where he has to humourously negotiate an escape with Trixie. This comes mere moments after Maze attempts to seduce Dan, and sort of comes off as a bit confusing. The payoff of Maze trying to put Dan in Chloe’s bed as an ill thought-out means of getting them back together, and thinking that will return Lucifer exclusively to her, was interesting, but if that was the case, why did she try to flirt with Dan at first? Moreover, if Maze was just going to show him the books upon coming back in some embarrassing “N’Sync”-branded clothes from Trixie (Chloe’s old outfit?), why did she refuse at first? Honestly, Maze’s behaviour was a bit confusing this week. 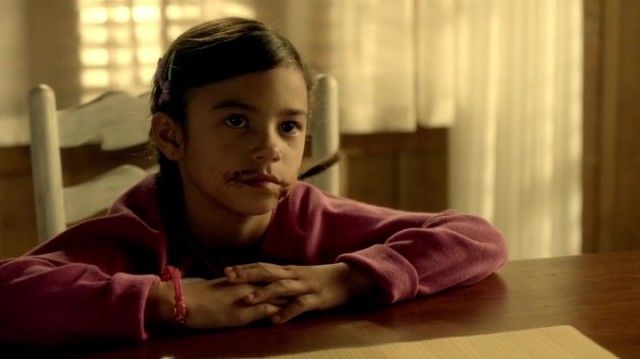 Fortunately, Lucifer’s dynamic with Chloe was also better than usual this week. Seeing Chloe get visibly bothered when Lucifer all of a sudden won’t share things with her was an interesting switch, along with the surprising reveal that she does actually enjoy working with Lucifer. The only reason she looked into his activity is because she doesn’t want to feel like she’s working with an evil person. It was a great moment, even if it was interrupted by a stakeout moment that has the real thief shoot the red herring, leading to Lucifer stealing the car and chasing the guy down when Chloe goes to investigate. Lucifer manages to corner the culprit, who simply stole the container because he thought that his biker gang was going soft (not the best motive, but whatever), though Lucifer’s demon face leads to him committing suicide by jumping off the roof. Looks like The Devil doesn’t get his due this week.

This does lead into an especially strong ending for the episode however, as Lucifer shows Chloe what’s in the container, which corroborates his claim that it’s just Russian nesting dolls. Of course, we know it can’t be that easy, and we’re right! When Chloe leaves, Lucifer opens a secret compartment, and realizes that someone has stole something from him. At the episode’s conclusion, we find out that it’s the one thing that Lucifer is legitimately sensitive and angry about; His former identity as one of God’s angels. What reminds him of that? His wings, of course! Yes, someone has stolen Lucifer’s wings, which sets up a pretty interesting concept for an episode next week, and had this week’s episode seeing a good finish, even if the case-of-the-week was still little more than decent. Still, that’s better than usual for this show, which is often hamstrung by its procedural side. 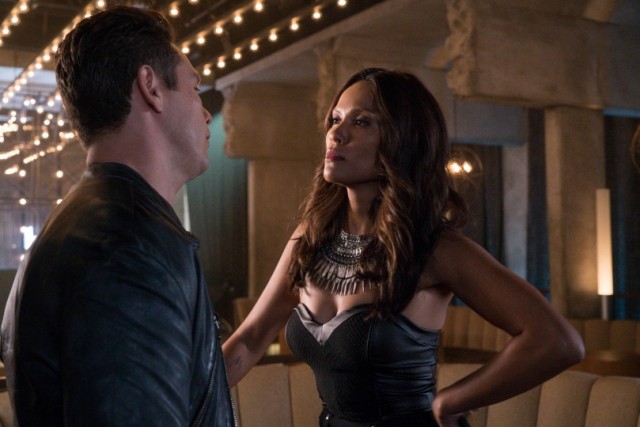 “Favorite Son” stands alongside, “Manly Whatnots” as one of Lucifer’s better episodes so far, and continues to demonstrate the potential of this series in a better light than most of its current episodes. This was another welcome instance of the divine aspect of the series thankfully not being held back by its procedural element, and that should hopefully continue to be true next week, when Lucifer will inevitably start seeking his stolen wings. Lucifer may not have gotten to punish the criminal this week, but it looks like next week’s perpetrator is probably going to be getting a double dose!

Lucifer 1.6: "Favorite Son" Review
Lucifer delivered another better episode this week, as a very personal item gets stolen from him, while Linda continues to foster her bond with Amenadiel, and Chloe finally admits that working with Lucifer isn't so bad.
THE GOOD STUFF
THE NOT-SO-GOOD STUFF
2016-03-01
85%Overall Score
Reader Rating: (2 Votes)
100%