Better Call Saul once again hit Jimmy with another effective obstacle in its latest superb episode this week, “Amarillo”, which has Jimmy attempting to get as many plaintiffs as possible for the class-action suit against Sandpiper Crossing. Jimmy is of course stretching the truth about his approach of wooing customers to one side of the case, something that Chuck tries to call him out on, though for the most part, it looks like Jimmy is in the process of racking up more wins.

Unfortunately, despite the high number of seniors signing with the firm, it appears that the mail-out kits that Davis & Main is sending out are not working, since no one is ultimately joining the case, despite signing with the firm. This seems to point to the possibility of Sandpiper throwing out the mail-out forms before they even reach the recipients, which has Jimmy thinking outside the box for a new plan.

On another note, we see that Jimmy’s relationship with Kim is beginning to become more tense and strained, which is perhaps unsurprising, since Breaking Bad fans would know that these two don’t ultimately end up together. Kim reprimands Jimmy after Chuck’s questioning when he comes clean about soliciting new clients for the case, which Kim reminds Jimmy could get him disbarred, and this is the main catalyst for Jimmy trying a different tactic.

Said tactic comes in the form of a commercial, which feels like an especially big treat for Breaking Bad fans, since it might just tease the origins of that infamous “Better Call Saul” commercial that first brought Walter White into the company of the man who ultimately shed the shell of Jimmy McGill. Unfortunately though, this isn’t when Jimmy starts coming up with his new identity of Saul Goodman from Breaking Bad. Instead, Jimmy sees the rather dismal former commercial that Davis & Main put out for another class-action case, and nonetheless decides to put his own spin on things, without the famous, “Better Call Saul” tagline yet, of course.

Meanwhile, Mike is dealing with the increasing paranoia of his daughter-in-law, Stacey this week, who thinks that there are gunshots near her house. Mike stakes the situation out, and learns that the sound is actually the papers hitting the porches of nearby houses at 2:30 in the morning. On another night, Stacey hysterically calls Mike and claims that she’s found a crack in the side of the house, which she is convinced is a bullet hole. Mike then says that Stacey and her child have to move out, and that’s that.

Honestly, the material with Stacey did feel a little tedious and uninteresting, but maybe that’s the idea. Besides, it does eventually get Mike looking for new work, as he prepares to get his daughter-in-law and granddaughter to a safer location. After initially agreeing to a thankless bodyguard job for a loan shark, Mike is eventually summoned by a high-paying bidder who specifically asked for him. Turns out, the bidder is Nacho, and he proposes a big paycheque to Mike, should he take care of a certain someone that is giving him problems. This serves as the very end of the episode, which sets up a strong cliffhanger for next week. Who is the guy that Nacho wants Mike to off? Is it Tuco? Is it Pryce? Could it be a particularly awesome way to have Breaking Bad’s Jesse Pinkman appear? Ok, that latter suggestion is probably a stretch, since Jesse is perhaps toiling away in Walter White’s high school chemistry classes during the events of Better Call Saul, but even so, that would be a neat twist for next week, especially with Aaron Paul teasing an appearance on this prequel series as Jesse soon.

As for how things turn out with Jimmy, he calls back the same disagreeable film students from last season (in a great callback to his former feud with Hamlin, Hamlin & McGill from Season One), to film a commercial that will air during the hyper-regulated commercial break of Murder, She Wrote, which he believes that every senior will be watching, preventing Sandpiper from intervening. When Kim loves the commercial that Jimmy filmed, he initially decides to take it to Main, though decides to air the commercial without showing Main first. This ends up being a big success, as the firm gets a bunch of calls from seniors, seemingly confirming that Sandpiper was indeed disposing of the mail-out kits before they reached their residents!

Alas though, the win didn’t seem to stick for long. Soon after, Main calls Jimmy in a fit of rage, saying that Jimmy went over his head, and that he’ll be reporting to the partners early the following day, to show the commercial that he put out. Jimmy puts on a happy face for Kim, but it’s clear that he’s in trouble, and he could very well be hit with some bad disciplinary action during next week’s episode. This was the best display of how this episode effectively carried the theme of short-term victories not guaranteeing long-term successes, especially when this continues to play into the series’ unsettling tone, with viewers being well aware of Jimmy’s ultimate, tragic fate, especially those that have already watched Breaking Bad in its entirety. 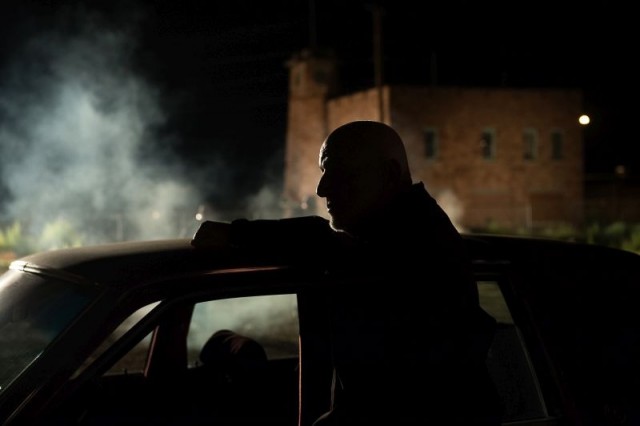 Better Call Saul is continuing to happily chug along as one of the best shows on television at this point, and once again, “Amarillo” was a hit. Some of the material with Mike was a bit more of a slog this week, though it was worth it in the end, when we see Mike get hired by Nacho for some real dirty work. Jimmy also ended up getting put on thin ice after making a gut call, and we’ll no doubt see how both men get out of trouble during next week’s sure-to-be-exciting episode, assuming they actually do succeed at escaping their bad situations.

Better Call Saul 2.3: "Amarillo" Review
Better Call Saul delivered another great episode as Jimmy ends up thinking outside the box to get more seniors to sign with the Sandpiper suit, while Mike is pushed into some compromising work for a surprising client.
THE GOOD STUFF
THE NOT-SO-GOOD STUFF
2016-03-01
86%Overall Score
Reader Rating: (0 Votes)
0%