If you’ve been worried about the absence of Green Lantern from the Justice League: Part One promotional art that was revealed during DC’s televised special on their cinematic DC Extended Universe at the start of the year, well, Warner Bros. has confirmed your fears, in an interview with Entertainment Weekly that was published today. As suspected, the defender of Space Sector 2814 will be absent from DC’s first big screen crossover movie. Worse still is that he might not even be featured in the DC Extended Universe at all until Green Lantern Corps. hits theatres on June 19th, 2020, at worst! 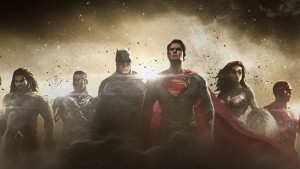 Warner Bros. candidly stated that the reason for Green Lantern sitting out Justice League: Part One is that the studio felt that they were already introducing and developing enough heroes in the movie, and there just wasn’t room to do Green Lantern justice in any of his many incarnations. They also admitted that 2011’s ill-fated Green Lantern movie that starred Ryan Reynolds (before he hit his comic book movie high point recently with Deadpool) didn’t turn out very well, and the studio wants to make sure that they avoid the mistakes they made with that movie. Warner Bros. does however stress that they have plenty of ideas for multiple incarnations of the character in the DC Extended Universe, and fans of Green Lantern should rest easy, as his return to the big screen will definitely be worth the wait! They also claim that the character deserves to be held in great reverence, and deserves to stand alongside Superman, Batman and Wonder Woman in that regard, so he’ll only appear in Justice League: Part Two if they work out a worthy enough idea for him.

Warner Bros. also teased some of the movies leading in to the two planned Justice League movies as well. This included a confirmation that next year’s Wonder Woman movie, which will be set during WWI, will have ‘present day’ flash-forwards during both the beginning and end of the movie. Warner Bros. also quashed a rumour about this August’s Suicide Squad movie, and clarified that, contrary to former speculation, the movie takes place after the events of this month’s Batman v Superman: Dawn of Justice, not before. 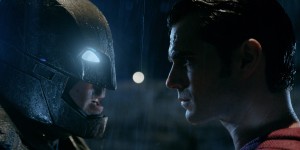 Warner Bros. gave some especially big updates for Batman v Superman: Dawn of Justice, on that note (beware of some small spoilers!), where they talked about the movie having dream sequences for both Batman and Superman (a dream of Batman’s was revealed in some of the marketing, where he imagines a dystopian Earth that Superman has conquered), and how the movie wants to go for both a grounded quality, but also a bizarre, surreal quality. The studio also clarified that Jena Malone’s mystery character, believed to be female Robin incarnation, Carrie Kelley from acclaimed Batman graphic novel, The Dark Knight Returns, has been edited out of the theatrical cut of Batman v Superman, but will be present in the recently-announced R-rated ‘Extended Cut’ that will be released on Blu-Ray later this year.

The studio also claimed that the teases of Superman arch-villain, Darkseid in a recent poster aren’t gratuitous, and that the diabolical leader of the planet, Apokolips may actually appear in Batman v Superman in some form, likely to serve as a villain in one or both of the Justice League movies later. Finally, the studio teased a bit of the recently-confirmed cameo of Ezra Miller’s Flash in Batman v Superman, claiming that he will appear in a dream of Batman’s, with the movie leaving it ambiguous as to whether he is simply a dream, or whether he is actually traveling through time to warn the heroes of some great disaster. Batman v Superman director, Zack Snyder teasingly refers to the scene as a, “Giant Easter egg” for DC fans.

There’s plenty to look forward to on the big screen’s DC Extended Universe this year, as Batman v Superman: Dawn of Justice hit theatres on the 25th of this month (advance tickets are now available), while Suicide Squad arrives on August 5th. Wonder Woman will also precede Justice League: Part One next year, on June 23rd, 2017.

Keep charging Eggplante for all major news and updates on the DC Extended Universe.