Gotham continued on the origin of Mr. Freeze for the second half of its two-part midseason premiere event this week, “A Dead Man Feels No Cold.” Like its predecessor, the episode was a solid one, though it still didn’t stand as one of Season Two’s better episodes, since the Mr. Freeze origin story for the Gotham universe still feels a bit uneven, and some occasionally forced Gordon/Leslie drama also butts its way into certain scenes.

With Nora Fries now in police custody, Gordon, Bullock and Barnes try to figure out their next move, while Victor Fries remains at large. Eventually, Barnes suggests stashing Nora at Arkham Asylum, since it would present less of a danger than the previous plan of rushing a dying Nora to Gotham General Hospital, on account of Victor likely endangering people that are too sick to run or hide, should he inevitably come to retrieve Nora from the GCPD. 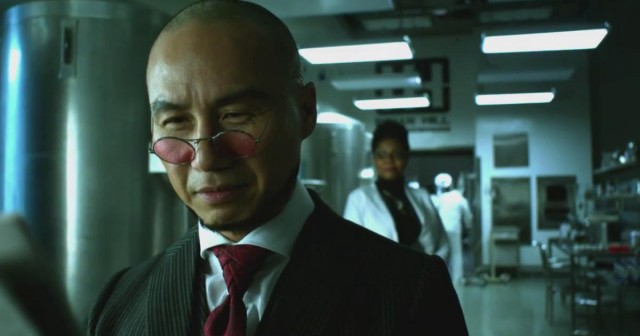 It seems like sound logic on paper, though when you actually think about it, this plan doesn’t make a whole lot of sense. I get the uncertainty around Victor potentially being an unstable psychopath that may hurt innocent people, but does Barnes honestly believe that Victor is going to go between rooms, icing ICU patients? Why? Nora’s already stressed repeatedly, with credible evidence, that Victor only wants her, and any crimes he’s committing are for her sake. In fact, if anything, it would be even easier to capture Victor at Gotham General in theory, since it’s a bigger place, with far more rooms to hide Nora in, and far more opportunities to apprehend Victor.

The only reason why Nora ends up stashed at Arkham is purely for the sake of the plot, and it’s not long before the episode starts tipping its hand as to why it’s moving Nora there; So that Victor can make contact with Hugo Strange, who is interested in bringing him into the fold at Indian Hill. Fortunately, Strange still remains a fantastic villain, and when Victor does inevitably attack Arkham, it’s great to see Strange manipulating events, trapping Bullock and several officers, and bringing Victor to the bargaining table to promise him an escape route in exchange for some of his freezing formula. Unlike many of the other budding Gotham villains (except for Penguin, possibly), Strange is already a dangerous force to be reckoned with, and has pretty much already realized his scheming menace from DC Comics lore, which is awesome, especially when B.D. Wong continues to nail the role! 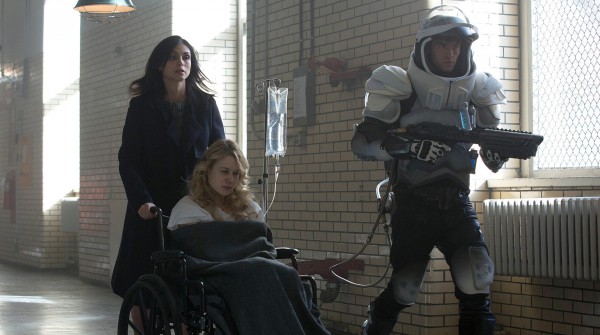 Another saving grace of the episode was Leslie, who had lots of great scenes throughout the episode, even if some of her squabbles with Gordon felt a bit forced, and didn’t seem to go anywhere of note. Perhaps one could chalk it up to pregnancy hormones, but Leslie constantly making Gordon the bad guy with his tactics throughout the Fries family situation felt a little unfair, even if the scenes where Leslie tries to care for Nora nicely made up for it, as did a particularly great scene where Leslie taunts a comatose Barbara Kean, who happens to be in the same room that Nora has to hide in during Victor’s attack. We even got a chance to see Leslie undertake some brief therapy with Bruce, who has now returned to the show, which continues to lay some of the groundwork for Leslie being one of the key confidants of Bruce when he eventually takes up the mantle of Batman in the future.

Speaking of Bruce, he also had a pretty good episode this week, as his kidnapping at the hands of Theo Galavan and the Order of St. Dumas has only strengthened his obsession with finding his parents’ killer. While training, Alfred hands Bruce the file on his parents’ killer’s identity, which is indeed for one ‘Matches Malone’, Bruce’s undercover criminal identity from DC Comics lore. The two then form an agreement that when they find him, Alfred will be the one to kill him, not Bruce, as Bruce is too young to have a death on his conscience. Bruce ends up secretly contacting Selina however, whereupon the two begin putting together a plan to still allow Bruce to off the guy. It’s cool to see Bruce’s anger starting to overtake his better judgment, and the implementation of Matches Malone here does seem to point to this storyline being a key part of Bruce’s development as an adult, and likely also a key factor of why Bruce will make it a key rule never to use lethal force on his criminal victims as Batman. 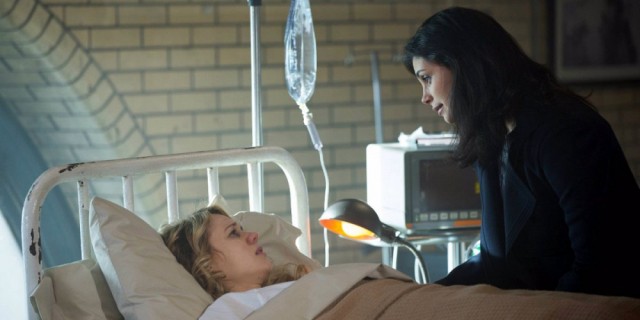 Fortunately, despite some of the hiccups with the Mr. Freeze plot in the episode’s earlier portions, the ending to Freeze’s origin in the Gotham universe did at least turn out pretty well. When Victor takes Nora and Leslie, whom he has taken hostage, back to his abode, Nora sends Victor off to retrieve the necklace that he got her for their first anniversary, and then distracts Leslie, before she switches the canister on Victor’s Freeze Gun with one of the prototype formulas. Nora then proceeds with letting Victor freeze her, before Victor realizes in horror that the cartridge was switched, and he froze Nora with the wrong formula. Willfully surrendering Leslie to the GCPD, and believing Nora to be already dead, Victor then attempts to commit suicide by deactivating the temperature regulator in his prototype Freeze Suit, which freezes him solid, and seemingly kills him.

Obviously though, Victor isn’t dead, instead waking up in a cell within Indian Hill, now with snow-white hair and bright blue eyes, along with deathly pale skin. Hugo Strange then talks to him from the other side of the cell, explaining that prolonged exposure to his formula has made Victor immune to extreme cold, though if he’s ever exposed to a temperature of above freezing point for too long, he’ll die, as his body will overheat and burn itself out, a la Mr. Freeze’s physical state in DC Comics lore.

It was great to see a bit of a curveball with how Mr. Freeze is ultimately created in the Gotham universe, where it’s not an accident that mutates him, but his own grief and obsession, which is a very cool twist. This does beg the question of whether Nora actually died though, or whether Strange somehow salvaged her remains and suspended her in frozen animation, like he did with the body of Fish Mooney. That’s probably most likely, as it’s very similar to Nora’s frozen confinement in DC Comics lore, especially since Victor doing crimes and being Mr. Freeze continues to be solely for the sake of his frozen wife, whom he wishes to find a cure for. If Nora’s fully dead, Freeze doesn’t eventually have a motivation to fight Batman in the future, and that would be problematic. 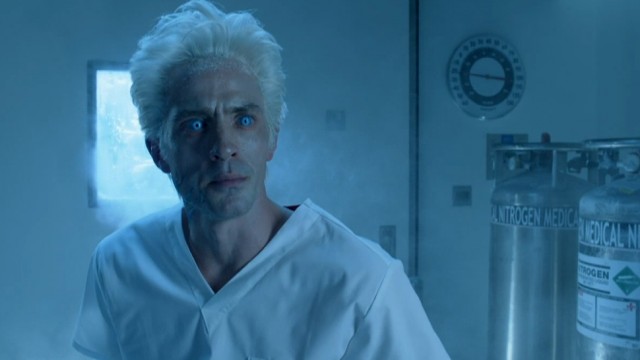 With the two-part Mr. Freeze origin tale now wrapped, Gotham can go back to developing its main cast next week, and it looks like Bruce’s plan to kill Matches Malone is going to play a big part in our next episode. Now that Mr. Freeze has officially joined the pantheon of Gotham villains, hopefully we can also continue to expand the scope of B.D. Wong’s superb Hugo Strange portrayal as well, especially as Indian Hill looks like it’s becoming a pretty twisted breeding ground of bad guys that Batman will no doubt still be cleaning up after many years in the future.

Gotham 2.13: "A Dead Man Feels No Cold" Review
The conclusion to the two-part Mr. Freeze origin continues to be a good, though not outstanding episode for Gotham, one largely carried by Hugo Strange and Bruce Wayne.
THE GOOD STUFF
THE NOT-SO-GOOD STUFF
2016-03-09
77%Overall Score
Reader Rating: (1 Vote)
77%