Legends of Tomorrow shifted back to its usual dynamic this week, taking the crew on their latest lead of hunting Vandal Savage, who resurfaces in 1958. After landing in the backwater town of Harmony Falls, Oregon, the team goes undercover with the conservative, predictably set-in-their-ways townsfolk of the era, to try and get more intel on what Savage is doing at that point in history.

“Night of the Hawk” was a fairly decent episode, though it also largely felt like a filler episode. That’s pretty disappointing, since the show is taking two weeks off the air, returning for its next episode on March 31st, and it left on a note of Legends of Tomorrow largely spinning its wheels. The biggest shock of the episode came right at the conclusion, when Chronos suddenly re-appears and attacks the Waverider, which then beats a retreat out of time, and abandons Ray, Kendra and Sara in 1958. That at least is a solid cliffhanger for the show’s two-week hiatus, but it’s a shame that the rest of the episode’s middling story couldn’t keep up. 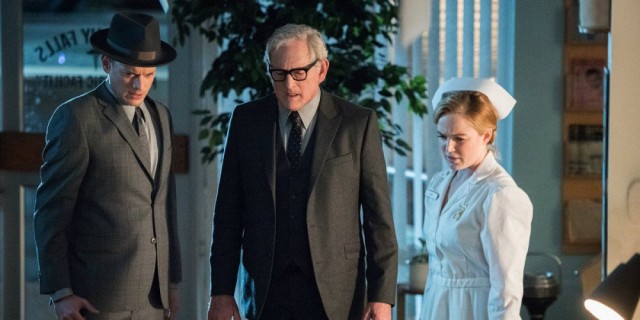 Even given the shocking conclusion of last week’s episode, where Leonard seemingly put Mick down with his Cold Gun after Mick’s betrayal of the team, this development didn’t seem to come up that much. Jefferson gets a bit snarky with Leonard, but that’s about it. The rest of the team just seems to largely forget about the betrayal, and about Leonard doing what he had to do to deal with Mick, and that’s all. There’s a few quick mentions of Leonard sympathizing with Martin when he’s later separated from Jefferson, and feels vulnerable about losing his partner in the same fashion, though that’s all we get as far as fallout for Mick’s, “Death”, which surely won’t even stick in the long-term. That’s all that the show could manage?

Fortunately, the material with the team’s diverse roster of heroes trying to blend in with a conservative small town in 1958 made up for a lot of the narrative shortcomings. Kendra and Ray posing as an interracial married couple was a great chance for them to confront the prejudice of the time, as well as the stakes of their own budding relationship, while Jefferson must also deal with similar hate and distrust from the other kids his age, after he tries to get intel from the victim of one of several missing teenagers, believed to be related to Savage’s activities. It’s cool that Legends of Tomorrow has the gravitas to take on some obvious time travel issues like this, and doesn’t just gloss over the fact that its lead ensemble isn’t entirely Caucasian, or straight in the case of Sara. It would have been easy for a light-hearted comic book show like this to ignore such commentary on the world’s progress, so Legends of Tomorrow deserves to be commended for taking the more challenging narrative route. 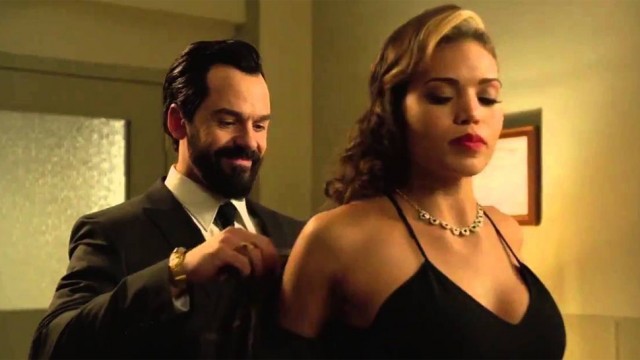 Of particular interest is a pretty solid new character arc for Sara, who encounters a nurse while posing at a mental ward that Savage works at as a psychiatrist, under the fake name, “Curtis Knox”, a great Easter egg that references The CW’s former DC series, Smallville, as was the joking name of Savage’s secret psycho ward being called, “Hall H”, in reference to Warner Bros. and DC’s presentation spot at San Diego Comic-Con! The nurse that Sara meets appears to be a closet lesbian, nicely bringing Sara’s bisexuality from Arrow back into play, though Sara struggles with getting cozy with the woman, especially when Martin warns that it may not be wise to get involved with someone when they’re obviously going to leave the era eventually. Despite all of the race commentary with Kendra, Ray and Jefferson, it felt like Sara’s conflict of re-discovering her feelings and vulnerabilities after coming back to life was the most interesting of the ensemble’s character arcs this week, as well as the most satisfying.

It was also an interesting idea to have the team encounter Savage when he’s posing as an ordinary citizen, even attending a house party of his in one of the episode’s better scenes, though this would have been a better idea, had this week’s villains not been so lame. Apparently, Savage is experimenting with an Nth Metal meteorite that just happened to fall near Harmony Falls, and he’s been using its properties to mutate ordinary teenagers into weird Hawkgirl-like monsters, in hopes of building himself an army. Jefferson even gets captured and turned into one of the beasts, though it’s not long before Rip and co. find a way to reverse the effects, and ultimately put a stop to Savage’s entire operation within a few moments. The idea of Savage artificially building himself an army of Hawk monsters isn’t a terrible one, though logistically, it’s a problem that’s too easily solved, and that’s before you consider that it doesn’t make much sense in this setting. The show tries to get around the issue of Savage hiding monsters by saying he lets them roam around and kill people, but in that case, why has nobody actually seen them, even from a distance? Even then, why would Savage want to kill the people he’s supposed to be using to build his army? Like I said, this episode’s villain arc for Savage is half-baked, and really doesn’t hold water, sadly. 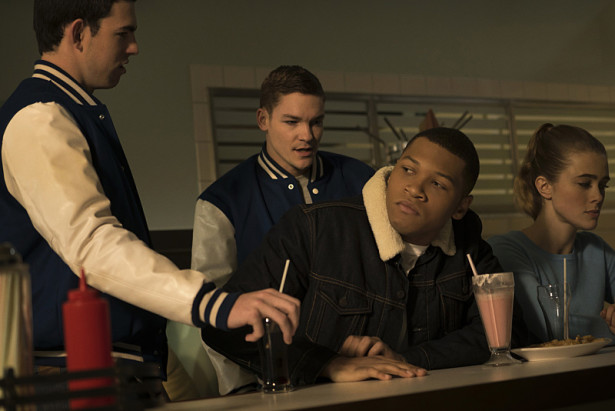 It’s unfortunate that the episode’s most exciting moments occurred right as it’s ending, and dumping viewers right into a three-week wait for what happens next, now that three of the Legends are trapped in 1958. Still, after the low point of, “Marooned” last week, Legends of Tomorrow at least had a better offering this week, even if also a filler offering. Hopefully, when Rip finally comes back for the rest of the team, he’ll have found the path to some more exciting endeavours.

Legends of Tomorrow 1.8: "Night of the Hawk" Review
Legends of Tomorrow found itself in another new time period this week, one that it used smartly, though at the expense of a more interesting story.
THE GOOD STUFF
THE NOT-SO-GOOD STUFF
2016-03-11
72%Overall Score
Reader Rating: (1 Vote)
72%