The focus of Better Call Saul was once again taken off of Jimmy this week, at least for the most part, as Kim struggles to escape her punishment from Jimmy’s commercial in this week’s episode. “Rebecca” offered more key insights into Jimmy’s past, while also delving enough into his present to satisfy, and rounding things off with a big new development for Mike that is sure to please Breaking Bad fans!

Jimmy still got some proper screentime this week, mind you, even if some of it was in another standout flashback sequence, introducing us to Chuck’s former wife, Rebecca, who seems to find Jimmy more charming than her husband. Jimmy’s onslaught of lawyer jokes was very funny, and ironic, but many of Jimmy’s best moments this week occurred in the present, after Cliff appoints one of the other associates, Erin to pretty transparently babysit him. This is actually a great idea, and will no doubt provide plenty of perspective on just how often Jimmy has bent the law for his own gain in his profession recently!

The real star of this week’s episode however was Kim, who got the most screentime, as she continues to toil away in the document room, doing menial paperwork. After Jimmy pitches Kim a plan to sue her firm, a plan that she immediately and understandably rejects as being career suicide, Kim starts looking for any major case to present to Hamlin, Hamlin & McGill. The montage of Kim trying and failing to get a case is nicely disheartening for her character, but this leads to greater satisfaction when she finally does get a big case, and finally does get HHM on it!

Unfortunately, this also leads to a bigger slice of disappointment for both Kim and the viewer, in a great way, when all of Kim’s efforts turn out to be in vain. Howard puts someone else on the case that Kim presented, and she’s instead left to continue wasting away in the document room. This was a great gut punch, and continues to lend sympathy to Jimmy, who may not be following the law to the letter, but given how egotistical and arbitrary his superiors are, that no longer seems like such a bad thing. 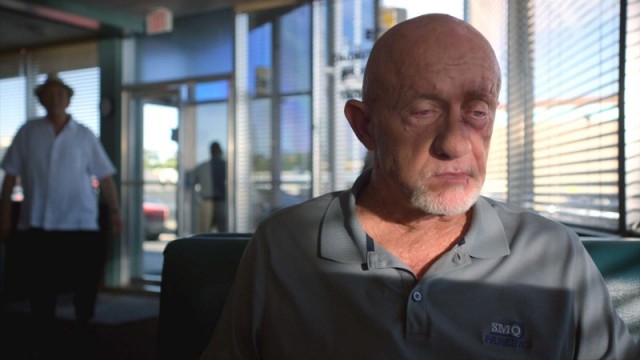 In fact, Jimmy continues to feel like the sort of under-appreciated hero that the law profession needs most for most of the episode, until Kim meets with Chuck late at the office, and we get more insight into Jimmy’s past. This made for one of the season’s best scenes to date, as Chuck recounts Jimmy’s childhood working for their kindly father at a convenience store. The store wasn’t much, but it kept food on the family table, with the McGill family struggling to get by and barely making ends meet, even as Chuck went off to pursue being a lawyer. Eventually, their father went into money trouble however, and ultimately went out of business, before he died six months later. After Chuck ran the books, he discovered that a five-digit sum was missing from the earnings. Where was it? Well, it was all of the money that Jimmy had pocketed from the register. In a way, Jimmy contributed to his father’s downfall and death, and hearing Chuck speak about Jimmy and his inadvertent destruction from a place of love, not judgment, was an effectively sobering reminder that Jimmy McGill is still a tragic man that is headed for a great fall in the future.

Mike didn’t get as much screentime this week, but that’s alright, since he was saved for a promising conclusion for this episode. After largely staying in the background for most of proceedings this week, Mike is eventually called to a diner by a mysterious person, who turns out to be none other than Hector Salamanca! This was another cool debut for a recognizable Breaking Bad personality, before he’s mute and paralyzed from a stroke. Hector demands that Mike take the fall on the weapons charge for Tuco, to reduce his prison sentence, since Mike will get let off easy, on account of his being a former cop. Hector offers Mike $5,000 to take the fall, and that’s where the episode ends. It’s a tempting offer, especially since we know that Mike is currently in need of more cash to support his daughter-in-law and granddaughter. 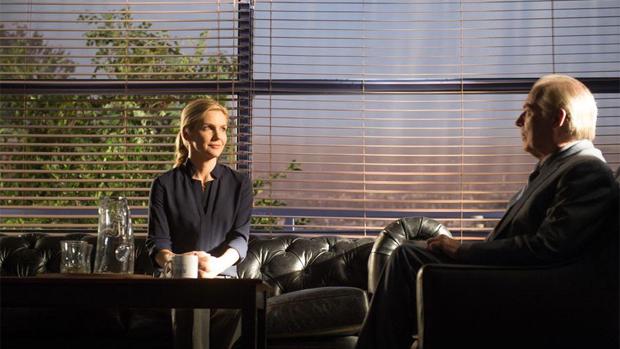 “Rebecca” felt like a simpler episode of Better Call Saul than usual, but that’s alright, since it was tightly-presented, and delivered its focus on the unexpected consequences of Jimmy’s actions well. The scene with Chuck was particularly fantastic, nicely lamenting the show’s overall theme that Jimmy can’t help what he is, and is pretty much fighting a losing battle by trying to change that. Even just seeing Kim’s great effort to get out of the document room was satisfying though, even if it didn’t ultimately pan out for her. If anything is going to come back into play next week however, it’s Mike’s response to the offer with Tuco, and given that Tuco is very much active during the early portions of Breaking Bad, it looks like Mike is going to do what he has to do.