Much ado has been made about the negative critical response and mixed audience response to the otherwise enormously lucrative Batman v Superman: Dawn of Justice recently, though Warner Bros. seems to be going full steam ahead on the DC Extended Universe, contrary to rumours. 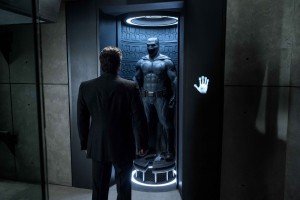 In fact, they’ve placed an extra vote of confidence for next year’s DC Extended Universe solo movie, Wonder Woman today, after the positive reception to Gal Gadot’s portrayal of the character in Batman v Superman: Dawn of Justice, no doubt. Formerly set for release on June 23rd of next year, Wonder Woman has now been moved up to release earlier, and will instead hit theatres on June 2nd of next year! This will place it against Sony Pictures’ Bad Boys 3 and Dreamworks Animation project, Captain Underpants, though due to some production issues, and now the competition with Wonder Woman, it’s widely believed that Bad Boys 3 will ultimately be delayed out of the date.

Along with moving up Wonder Woman, DC has also reserved dates for two new DC Extended Universe movies, though didn’t identify what they would be quite yet. The first of the mysterious DC movies is scheduled for October 5th, 2018, placing it in the same year as The Flash and Aquaman, and the second is set for November 1st, 2019, where it will share a year with Shazam and Justice League: Part Two. At least one mystery movie is very likely to be the solo Batman movie that DC Entertainment head, Geoff Johns is currently writing with current Batman actor, Ben Affleck, who is also in the running to direct the movie, though this is obviously unconfirmed. A new solo Superman movie could also be one of these mysterious projects, as director, Zack Snyder and star, Henry Cavill also recently re-affirmed interest in such a movie, which Warner Bros. was previously confirmed to be developing with no timetable set. 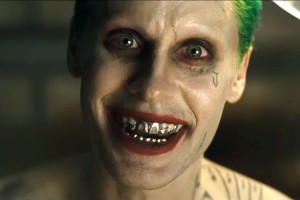 Given Affleck’s busy schedule, and the demands of shooting the Justice League movies, the November release in 2019 is probably more likely to be the mysterious Batman project that’s apparently being pushed at Warner Bros., especially since a cinematic property as huge as Batman would feel rather out-of-place in the shakier October calendar. The October movie in 2018 is anyone’s guess, since it also seems like an odd place for a Superman movie, though that’s not to say that it’s impossible. It’s pretty unlikely nonetheless though, especially since it would mean that Henry Cavill would probably have to shoot the movie very quickly, and essentially not be given much of a break between the two Justice League movies.

Another possibility however is that the 2018 movie could be a date reserved for a Suicide Squad sequel, since word has it that the studio is remarkably pleased with David Ayer’s work on this August’s DC villain ensemble movie, and is already inking a deal for Ayer and star, Will Smith at least to return for a follow-up movie. There’s also rumblings that Warner Bros. is fast-tracking a movie centering on irreverent DC anti-hero, Lobo for the DC Extended Universe, in response to 20th Century Fox’s enormous success with Marvel-licensed movie, Deadpool earlier this year, so that could be another possibility for the 2018 movie, if they want to make it quickly and with a more modest budget. Whatever the case, the October release seems to point to a smaller-scale DC property, not a grand release from a hero that’s part of the mainstream Justice League ensemble. 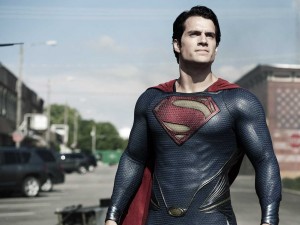 These new developments with the DC Extended Universe appear to have affected Warner Bros.’ courage with Andy Serkis’ Jungle Book: Origins as well, particularly with Disney’s imminently-releasing live-action remake of The Jungle Book getting lots of positive buzz. In response, Jungle Book: Origins has been delayed another year, and is now scheduled for October 19th, 2018, leaving the previous date of October 6th, 2017 to be held for an unspecified Warner Bros. ‘event movie’. Director, Andy Serkis announced on social media that he was happy with news of the delay though, since it means that he’s been given far more time to realize his highly ambitious motion-capture designs for the many animal characters that will populate the movie.

Keep flying to Eggplante for all major news and updates on the DC Extended Universe, and Warner Bros.’ other movie projects.