After the very impressive crossover with The Flash that Supergirl offered a couple of weeks ago, its latest episode, “Myriad”, which happens to be the penultimate episode of Season One, sadly felt like a pretty considerable stumble. The episode had sporadic moments of excitement, particularly in its action scenes, but it turns out that the season’s endgame is a real dud, as Non’s final plans for Earth appear to be a lot less interesting than initially hoped.

So what exactly has Non been working towards all season? A mind control signal that he launches from Maxwell Lord’s satellites, which has the population of National City leading the charge to saving the planet, by doing whatever Non says. Ummm, what? It’s kind of an interesting twist to portray Non as a heavy-handed overlord with a saviour complex, rather than a true full-blown villain, but that doesn’t change the fact that Myriad is boring, and is the complete opposite of a threat. Yes, it’s dangerous and wrong, but you can’t call it a threat, especially not to Supergirl.

Making matters worse is that the show can’t seem to decide whether Non is truly evil or not. In one scene, Non drops people off of the CatCo building and forces Supergirl to choose who to save, with Winn and James predictably getting scooped up as another woman we don’t know is left to fall to her death (Kara somehow isn’t strong enough or fast enough to grab all three?), but then in the next scene, Non is gabbing on about how people need to save the planet, because they let the planet suffer because of reality TV and political circuses, and Myriad is the only way to fix things. Well, which is it then? Does Non care about humanity or not? This entire Myriad endgame just kind of feels like a mess, and that’s not a good way to close out the debut season of Supergirl.

Fortunately, Indigo was hanging around to make things more straightforward, as she has no qualms with just being straight up evil. Indigo whispers in Non’s ear that he can use Myriad on an even greater scale, and shouldn’t be content to rule one planet when he can rule the universe… Except the show has established that Myriad only affects humans, so I’m not sure how it’s useful beyond Earth, but whatever. Oh, but apparently it affects Superman somehow? Yes, when the show tries to address the plot hole of why Superman hasn’t intervened with Myriad, they have him fly to National City (from a distance, of course), then just drop to the ground and get mind-controlled with everyone else. 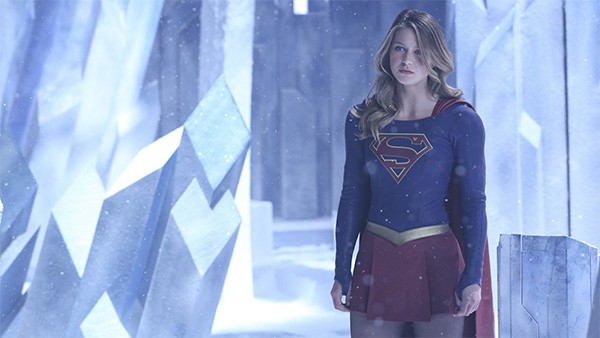 First of all, bullshit. The show tries to explain this away by saying that Superman being raised on Earth somehow altered his brain to be vulnerable to Myriad, but this is a load of crap, and the showrunners know it. That is not how biology, psychology or anything of the sort works, even for the DC Universe! The episode probably would have been better off just sticking with the former excuse made by Superman’s helper droid in the Fortress of Solitude; That he’s off-world, attending to some faraway business beyond Earth. Moreover, if Non has complete control of Superman, even if it doesn’t make sense, why in the blazing blue hell does he not use Superman against Kara?! Yes, I know that the show can’t portray Superman up close and directly because of pesky rights issues with Warner Bros. and their big screen DC Extended Universe, but that still creates a pretty sizable plot hole.

On the bright side, the episode had lots of great moments with Cat and Maxwell Lord, who both avoid the effects of Myriad thanks to some convenient Lord Technologies wizardry that blocks the signal. Cat in particular has one of her best episodes in a while, as she reminds Kara of the importance of her symbol, and helps Kara find direction again, after there seems to be no other choice beyond enacting a plan of Lord’s that will kill at least 8% of National City’s population in the process of wiping out the Kryptonians, and thus preventing both Supergirl and Superman from entering National City for decades as well. The Cat dialogue, along with the ingenuity of using Cat’s old broadcast station to override the signal from Myriad, all led to the better portions of setting up for next week’s season finale, and continued to justify why Supergirl is bothering to let CatCo brand her in any way. 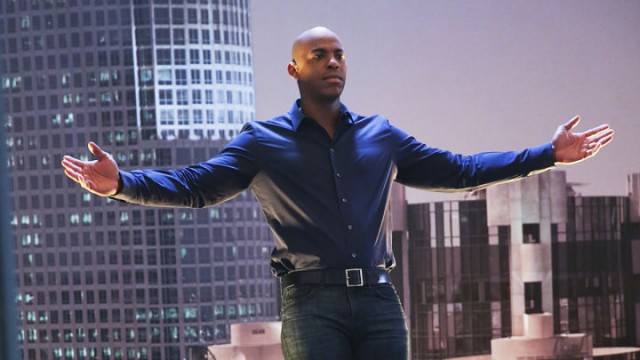 Also on the better side of the episode was the return of Alex and Hank, after they both unfortunately sat out the previous crossover episode with The Flash. Upon arriving at the childhood Danvers home and reuniting with Eliza, Alex learns of Myriad, then tries to go back to National City with Hank to stop it. Hank returning makes sense, since he’s a Martian, and won’t be affected by the signal, but surely, Alex can understand that she’s going to do more harm than good by going back to the city? I get not wanting to be helpless after having to watch Jeremiah walk out and be seemingly killed by the DEO during her childhood, but it’s pretty clearly established that humans can’t fight Myriad (unless they have Maxwell Lord in their corner, I guess), so Alex not anticipating that she would simply be controlled and used against Supergirl, especially since her going means immediately weakening Hank by forcing him to use mental shielding on her in the city, is stupid and illogical. Sure enough, the episode ends with Non taking control of Alex, and pitting her against Kara for the season finale, complete with Kryptonite suit. This was completely avoidable, and rather than be a hero, Alex comes off as an idiot.

At least the duel between Hank and Indigo, who immediately flies in to stop the Martian Manhunter, is also one of the episode’s cooler moments. In fact, these action bits nicely helped to punctuate an otherwise underwhelming episode, as an exciting and fast-paced battle unfolds that seemingly has Hank subdued, right before Indigo carries Alex off to Non. Even before that, there’s a cool moment of Kara having to go to the DEO offices after Myriad forces Lucy to free the alien prisoners, save for the White Martian, which even Non is afraid of. This scene also presented a debut by alien DC villainess, Maxima, who made a surprise appearance in this episode, albeit primarily as a tease for a hopeful second season. Still, the duel between Kara and Maxima was pretty fun, and laid out some promise for what’s planned for this show later, after Myriad is stopped. 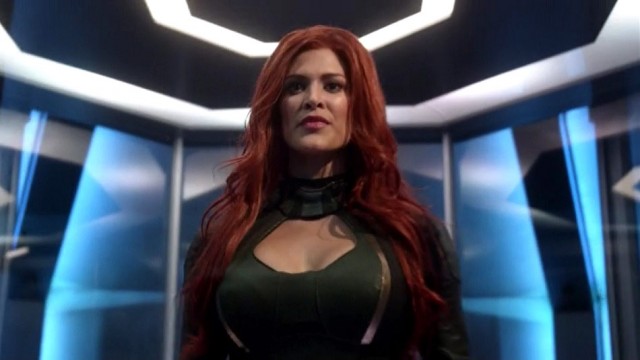 Supergirl is moving towards its season finale on an uneven, somewhat disappointing note this week, with, “Myriad” ultimately being a misfire, despite some fun moments that still made the episode plenty watchable. The action was fun, and the dialogue between Kara, Cat and Lord was pretty solid as well. It’s just too bad that the climactic story of the season is so sloppy at this point, with dumb excuses to get Alex into the wrong side of the fray, Superman unable to bail out the city when it doesn’t make sense, and Non not even fully committing to the bad side. It honestly might have been better if Indigo was just the big villain of the season, and Non possibly retreated into the shadows for a hopeful second season, or perhaps ultimately joined the good guys’ side to stop Indigo after she hijacks and modifies his plan, even if it’s temporary. Maybe Indigo will ultimately take charge in the season finale next week, but most of all, I hope that Supergirl ultimately concludes its first season on a better note than this.

Supergirl 1.19: "Myriad" Review
Supergirl's penultimate Season One episode is a bit of a misfire this week, due to a dull endgame for Non, and too many convenient character contrivances.
THE GOOD STUFF
THE NOT-SO-GOOD STUFF
2016-04-12
62%Overall Score
Reader Rating: (0 Votes)
0%