Rumours have been circulating for some time regarding the development of a new Batman movie that will star Ben Affleck’s new variation of the Dark Knight, which Warner Bros. has been quietly developing for a short while now. Whispers indicated that Affleck would not only star in and write the movie, but would also direct it. Today, during Warner Bros.’ keynote at CinemaCon 2016, the studio directly confirmed that this is indeed the plan; Affleck will helm the next solo Batman movie, on top of starring and writing duties.

While Warner Bros. was still mum on specifics about the story direction for the upcoming and untitled Batman flick, as well as when it’s scheduled to hit theatres, Affleck is currently putting together the initial script with DC Entertainment’s Chief Creative Officer, Geoff Johns, despite Affleck also gearing up for the imminent filming of next year’s DC ensemble movie, Justice League: Part One. Affleck and Johns already have an internal pitch for the movie in mind, which is rumoured to feature Jared Leto’s Joker as one of the key villains, following the character being introduced in this August’s Suicide Squad, alongside another familiar Batman antagonist, Red Hood. It’s also no doubt inevitable that J.K. Simmons’ Commissioner Gordon, who will be introduced in Justice League: Part One, and Jeremy Irons’ Alfred Pennyworth, will also feature in the movie.

What can be ascertained about the movie is that it will inhabit the shared DC Extended Universe, which recently expanded with the theatrical release of Batman v Superman: Dawn of Justice, where Affleck’s Batman and Irons’ Alfred first joined the canon originating from 2013’s Man of Steel, and appeared alongside fellow DC heroes, Superman and Wonder Woman for the first time in feature film history. As such, it’s possible that other big screen incarnations of DC heroes may also feature in the dedicated Batman movie in some capacity, as recently confirmed with Cyborg being featured in 2018’s Flash movie. It’s also likely that the movie will take place after the Justice League movies, though this may mean that many of Batman’s villains are long neutralized, at least beyond Leto’s Joker, making it an even bigger question of who Batman may face off against in the movie. 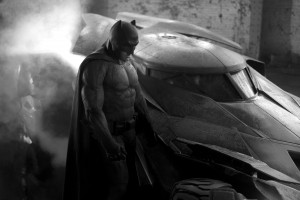 While the mystery Batman movie’s release date is currently unknown, it will likely be placed in one of two reserved slots that Warner Bros. recently set for two unannounced DC Extended Universe movies, one on October 5th, 2018, and the other on November 1st, 2019. The latter date is more likely, given the pedigree of the Batman movie franchise and the prime November real estate, along with Affleck’s demanding schedule in filming the two Justice League movies that he’s currently contracted for, the first releasing in 2017, and the second releasing in 2019. While a 2019 bow may seem quick for Justice League: Part Two and a subsequent solo Batman movie, bear in mind that Affleck is already appearing as Batman twice in the same year, as he will also have a small role in this August’s Suicide Squad, after debuting his Batman in Batman v Superman: Dawn of Justice last month. Wonder Woman actress, Gal Gadot will also be starring in her own solo Wonder Woman movie next year, before returning to the part mere months later in Justice League: Part One as well.

Keep swooping to Eggplante for all major news and updates on the Batman movie franchise, and other DC Extended Universe movies.