UPDATE: A scoop has been broken out of the convention, claiming that former “Batman” star, Michael Keaton is in talks to play the main villain of “Spider-Man: Homecoming.” The identity of the movie’s central antagonist still remains officially unknown however.

With CinemaCon 2016 in full swing, Sony Pictures’ keynote had the presence of a very welcome big screen personality. After catching the Hollywood premiere of Captain America: Civil War tonight, our newest Web-Slinger, Tom Holland took to the stage during the presentation, having quickly hurried to Las Vegas for CinemaCon after the premiere, where he announced the official title for next year’s Marvel Cinematic Universe-set Spider-Man movie. As rumoured, following a surfacing of an online trademark that Sony Pictures secured, the movie’s official title is; Spider-Man: Homecoming. Sony Pictures also unveiled the movie’s logo, which you can check out below: 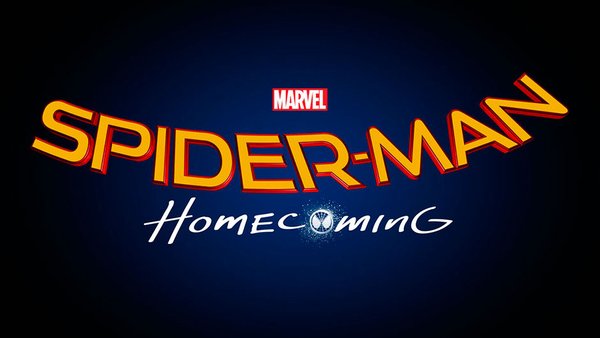 Homecoming was the name given to a particularly famous volume of The Amazing Spider-Man comics in the 1980’s, as it marked the first appearance of Spider-Man’s alternate black costume. While initially intended as a costume redesign for the character, the black Spidey suit was later retconned to be an alien symbiote that enhanced both Spider-Man’s powers and aggression, one that would later separate from him towards the end of the 80’s, and serve as the parasite that would create multiple incarnations of Spider-Man nemesis and rival, Venom.

Don’t get too excited for that storyline to unfold on the big screen though, as the movie won’t adapt it by the look of things. As with Avengers: Age of Ultron from last year, the subtitle being taken from a famous comic is purely done as a story nod, not an indication that the movie will adapt that particular storyline from the printed panels. Sony Pictures head, Tom Rothman spoke about the title choice, saying that it references Spidey’s youth, and how it relates to his trying to find his place in the MCU, which is inhabited by many older and more experienced superheroes such as Iron Man and Captain America. Accentuating this point is a subsequent clip from the unfinished movie that was shown, confirming Marvel Studios head, Kevin Feige’s claim that the movie would feature other MCU superheroes. Specifically, Robert Downey Jr.’s Iron Man pays a visit to Marisa Tomei’s Aunt May in the scene, posing as if Peter Parker has won a special internship at Stark Industries, when in reality, Tony is obviously perfectly aware that Peter is Spider-Man, given the events of the character’s MCU debut within Captain America: Civil War.

While most of the movie’s supporting cast and its villain weren’t officially confirmed (despite the movie releasing in just over a year), some chatter from CinemaCon was picked up from those close to Sony Pictures and/or Marvel Studios, regarding who at least one antagonist in the movie may be. This isn’t officially verified, so take the scoop with a grain of salt, but apparently, whispers have been picked up that at least one of the movie’s secret roles is that of The Vulture, a regular villain from Spider-Man’s rogues gallery from the comics and various Marvel media. 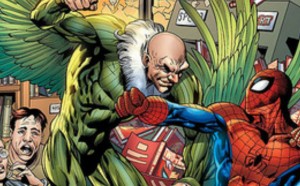 This might make some sense, as it ties in with Marvel Studios pushing for a Spidey villain that hasn’t been portrayed on the big screen yet, and given that not one, but two separate Spidey movie franchises from Sony teased The Vulture and then failed to deliver him, it’s likely that Sony and Marvel may want to foster goodwill from fans by finally bringing The Vulture to the movies at last. The Vulture’s advanced age would also theoretically work well as a contrast to the themes of Spidey’s youth to boot. Interestingly though, that same chatter suggests that The Vulture will be a secondary villain in the movie, and not the main foe that Spidey will face. This lines up with prior rumours claiming that the movie’s main villain is actually another frequent Spider-Man menace, Kraven the Hunter, though again, that’s not confirmed at this point.

We’ll likely get more news about Spider-Man: Homecoming later this Summer, at San Diego Comic-Con. Holland also reiterated that the movie is scheduled to hit theatres next year, specifically on July 7th, 2017.

Keep slinging Eggplante for all news and updates on the Spider-Man movies, and other projects in the Marvel Cinematic Universe.