Season Two of iZombie delivered a two-for-one deal in its season finale this week, with the first episode, “Dead Beat”, kicking things off as Major is arrested and thrown in jail. Major’s capture is bad enough, but given that they don’t serve brains in jail, Seattle at large, and potentially the world, finds itself at risk, as Liv must scramble to find a solution to Major’s predicament.

The show completely abandoned the case-of-the-week format in this episode, as it did with the conclusion of Season One last year, and as with last season, this effectively allowed the episode to focus on bringing home the many cool story developments from throughout Season Two. The story centered entirely around preventing an inadvertent zombie outbreak stemming from Major’s arrest, and this had Liv moving through a couple of brief brains, while Major gradually looks more ailed with each scene. This was a superb way to create urgency, especially since Liv can only really rely on her inner circle to fix the situation. Even Blaine isn’t much of an option, despite sneaking Liv a brain at one point, since he’s lost his memory, and now his business. 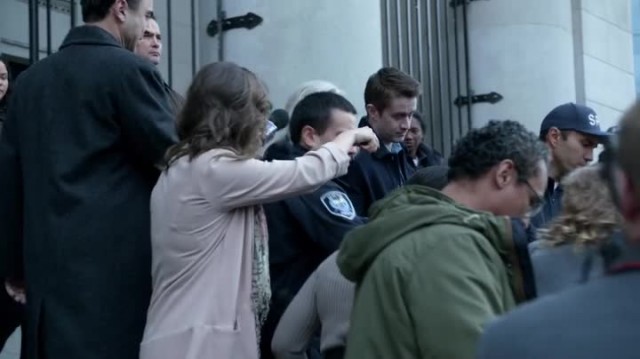 Things continually add up and look gradually worse for Major throughout the episode as well. Babineaux and Bozzio inquire from several witnesses, though a surprisingly ally ends up coming to Major’s aid, as a sleazy lawyer in the employ of Max Rager, Brant Stone, played in a very amusing guest role by Ken Marino, takes Major’s case, and gets both Bozzio and the Seattle PD off Major’s back. Stone is a great new character, and one that I hope sticks around in the show’s third season, especially when it’s revealed that he has a habit of hitting on Peyton.

Speaking of Max Rager, while we didn’t see much of them in this first season finale episode, their presence was still a big part of the story, as Vaughn du Clark responds to Major’s arrest by preparing to tie up loose ends, particularly since he’s now successfully gotten a military contract for his upcoming Super Max drink. Vaughn sets his enforcer to put down Major and Liv at the earliest possible opportunity, which nearly happens when the Chaos Killer case against Major is thrown out, due to a lack of bodies, and thus a lack of evidence. Yes, Max Rager got to all of Major’s hidden zombie bodies, which Liv and Ravi discover the hard way after Ravi must get a location from Major by pretending to ask for help in a fictional video game (both smart and amusing on Ravi’s part), and that means that Max Rager is fully aware of Major’s treachery. That can’t be good.

As much as Liv had to process and trust Major after the shocking revelation that he is the Chaos Killer, with Ravi even being arrested as part of the case, due to possessing the drugs he was using for the zombie cure, that was nothing compared to the events that followed later in the episode. Major ultimately isn’t let off the hook, even after being cleared of the Chaos Killer charges, since another witness, the gun merchant that Major got his weapons from for the Season One finale, comes forward and talks to Babineaux from county jail, presenting decisive evidence that Major is the culprit behind the Meat Cute killings from last season. This puts Major back in prison, and keeps the brain deadline very much in effect, keeping the episode’s thrills effectively high.

With Liv’s hand forced, and Major begging her to give him the cure that would erase his memory and personality, essentially forcing Liv and co. to lose Major forever, Liv struggles with the idea of sacrificing Major, especially when Babineaux pays Liv a courtesy visit to warn her that the coming media circus is going to be ugly. Liv decides that the only option is to bring Babineaux into the circle, and prove the pressing need to get Major out of jail. Yes, at long last, Babineaux learns the whole truth about zombies, and that his ‘psychic’ M.E. partner is a zombie herself. While Babineaux is initially skeptical, Liv stabs herself and briefly goes full zombie to prove what she says, and Babineaux has no choice but to accept the truth. 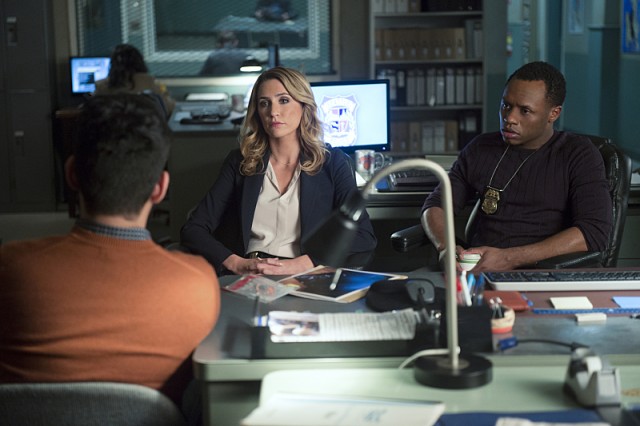 It’s been a long time coming, and many viewers have been waiting for this moment since the series started, but having Babineaux ultimately trust Liv, and let Major out of jail to prevent a zombie epidemic, felt like a very satisfying way to induct Babineaux into Liv’s inner zombie circle. This came at a heavy cost though, as in trusting Liv and doing the right thing, Babineaux blew up his case, ruined his career prospects, and nuked his relationship with Bozzio, who is likely walking out of his life forever, and now hates him. Damn. It was easy to assume that Babineaux obviously wouldn’t join the FBI in the end, but even so, seeing Babineaux give up this much for the greater good is kind of heartbreaking, especially when things were really looking up for his character in the later reaches of this season.

Babineaux wasn’t the only character paying a heavy cost this week either. After Vaughn’s Max Rager goon sneaks into the morgue and prepares to drug and capture Liv, Ravi just barely figures out what’s going on, and knocks the guy out, bringing Liv back to the morgue… Only to have the enforcer return and drug her again, causing a struggle with Ravi. The resulting struggle has the tranquilizer gun accidentally going off, killing the enforcer with a lethal dose of the knockout drug, and this has Ravi shaken, himself paying a heavy cost for the sake of the city’s fate, and for Liv. Ravi debates turning himself in, but Liv assures him that some good can come of the situation, since she can eat the enforcer’s brain, resulting in a limited time to learn Max Rager’s secrets, including where the missing zombies are. Right as the episode winds down, Liv has a vision, and indeed sees that every zombie, including Drake, is alive, and currently captured in Max Rager’s secret basement lab. Game on.

“Dead Beat” had the two-part season finale of iZombie starting very strong, and making some superb leaps with several character arcs. Scenes like Babineaux learning Liv’s secret, Ravi inadvertently killing a man, and Major having to use all of his strength to avoid turning in prison and creating a zombie pandemic across Seattle, all made for standout material, and has the show soaring on more promise than ever as Season Two starts concluding. The episode had no noticeable weaknesses, and lays all of the pieces in place for an equally standout second part to the season finale, as Liv and co. prepare to take the fight directly to Max Rager at last.