It’s been a long time coming, but we finally learned the last of the mysteries behind the Wayne murders this week on Gotham, or so it would appear. Bruce and Alfred press on with their quest of discovering who ordered the hit on Thomas and Martha Wayne and why, while Gordon deals with the surprising return of Barbara, fresh out of Arkham Asylum.

The show is laying the final groundwork for the season’s climax in its latest episode, particularly with Penguin and Riddler both sitting out proceedings this week. Most of the material is good, though the roundabout quest of discovering the identity of, “The Philosopher”, the man who hired Matches Malone to kill the Wayne’s, is far less interesting, since viewers already know that The Philosopher is Hugo Strange. The show has made that pretty obvious. Sure, the characters don’t know that, but viewers would have put together that Strange is the architect of the Wayne killings already, or is at the very least appropriating Wayne Enterprises’ illegal research. This led to some of the investigative material feeling hamstrung, as if it was only in place to get Gordon, Bruce, Alfred and the rest up to speed with the audience.

That said, the return of Barbara was a strong element of the episode this week, especially in how well the show managed to keep viewers guessing about her intentions. Barbara is apparently cured of her Maniax-fueled insanity from the start of the season, and seems to honestly want to make amends with Gordon, even going as far as to set up a meeting with him and The Lady, offering a welcome chance for Michelle Gomez to re-appear on Gotham for the first time in a little while. This all made for great scenes, as Gordon constantly distrusts Barbara, who indeed appears to betray him and leave him to be killed by The Lady, only for Barbara to come through and knock out both The Lady and her secret womens’ club’s bouncer once Gordon got the name he was looking for.

Despite Barbara’s Maniax arc being wrapped, her character is still a lot better now, compared to the flighty, irresponsible dimwit that she was in Season One, and that’s good news. Her return served the episode well, and made up for the fact that viewers already know the answer to the mystery that Gordon, Bruce and Alfred are all pursuing. It was great to have her end up being on the level in the end, at least at first, though it was also great to wind down the episode by having Barbara return to the company of Tabitha and Butch, suggesting that, while she does want to build bridges with Gordon, she hasn’t completely abandoned her apparent evil identity either. Could Barbara be trying to help Gordon take down the rest of the lingering criminals from earlier in the season, or is she going to cause more trouble? It’s a great development for Barbara’s character overall. 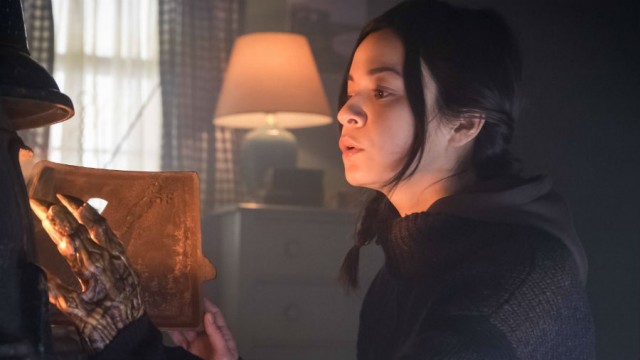 Bruce and Alfred also got a pretty decent storyline this week, even if it was wrapped around a mystery that’s already been solved by the audience. The two encounter a woman named Karen Jennings after doing some investigative work with Lucius Fox, who has a rather conspicuous clawed hand, one apparently given to her by a scientific firm called Pinewood. Surprise, surprise, Pinewood is a top secret operation overseen by Wayne Enterprises, and Karen was one of the guinea pigs, after being pulled out of Blackgate Penitentiary for experimentation. The friendship that blossoms between Bruce and Karen is great, especially when Bruce must continue to peel back the dark depths of his family’s twisted legacy, and what his father did to try and stop the research when it got out of hand.

Unfortunately, Hugo Strange learns that Karen Jennings is back on the grid at the same time that Bruce and Alfred do, and he decides that now is a good time to send one of his inmates on a, “Field trip.” Despite Ms. Peabody suggesting that Strange just sensibly send a team of goons, Strange instead suggests using Mr. Freeze, who is all too happy to stand in the way of Gordon, Bruce and Alfred, after they successfully hijack Karen’s Blackgate prison transport ordered by Barnes when he finds out about the whole mess. That guy really does more harm than good sometimes, and did he not see the damn monster claw on the woman?! Well, whatever the case, Freeze kills Karen, who sacrifices herself to save everyone else, and then Freeze just walks away after detonating an ice grenade. Did he even go back to Arkham in the end? Even for Strange, it seems a bit ill-advised to just let Freeze wander loose from here. 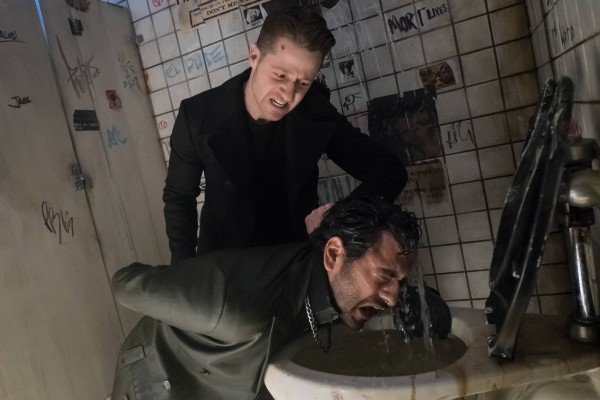 As great as it is to see Nathan Darrow’s Mr. Freeze again though, the character didn’t add much to the story, and might as well have not been there. Any old thug could have captured and neutralized Karen, regardless of whether Bruce, Alfred or Gordon got involved or not. Having Freeze do this just felt like a half-hearted way to establish him as a future super-villain threat for Batman many years down the line, and even then, having Freeze work as a hired goon for another villain just feels wrong. That’s not Freeze’s character at all. He’s a very intelligent, rational man who is driven to criminal activity by desperation and grief, which his former appearances on Gotham captured just fine. The only quarrel he tends to have with Batman and/or various higher-ups in Gotham City in DC Comics lore is when he perceives them as getting in the way of what he has to do to save his wife. Hell, Freeze has been an ally to Batman on several occasions in DC media as well, whenever he feels that Batman isn’t an obstacle for him. Why is the show suddenly making him a yes man baddie for Strange?

On the bright side however, the episode capped off on two great notes. First, Bruce finally learned the truth about Hugo Strange, and his connection to both Wayne Enterprises and his parents’ murders. This sets the show’s heroes on the trail of stopping Strange, which is a great way to start laying the foundation for the final few episodes of Season Two. Second, Strange undertakes an experiment on an unknown ‘Patient 44’ throughout the episode, one who eventually awakens with super strength and a knack for violence, and when that patient turns around, we see he’s none other than a revived Theo Galavan! Yes, Strange has brought the season’s former big bad back to life, and not only that, but his final lines seem to reveal that Galavan is being tied into DC lore in a very surprising way, as he declares the name, “Azrael!”

Yes, Galavan is donning the mantle of DC’s ruthless vigilante assassin, Azrael, a more recent foe of Batman’s in DC lore. The clues were there, given the fact that he was affiliated with the Order of St. Dumas, the creators of Azrael in DC Comics lore, but it’s still satisfying to see the shocking return of Galavan, and his embracing of a recognizable DC villain identity, especially after he appeared to have been killed off by Gordon during the midseason finale last year. It’s awesome that the show is not making Galavan’s revival a gimmick, and is finding a clever way to tie him into established Batman lore from DC Comics, especially since it could mean that Galavan will continue to operate as a potential threat for Gordon in later seasons, as well as inevitably Batman when Bruce finally dons the cape and cowl after the events of this show.

Gotham did its job well this week, and while it’s obvious that the writers are using this episode to start shedding narrative arcs that no longer serve the show’s progression to the season finale, the episode was still a pretty good one. It’s good to have both Bruce and Gordon finally learn the truth about Hugo Strange, just as Barbara’s return is surprisingly welcome. The best reveal however came right at the end, when Theo Galavan fully donned the mantle of Azrael, and will no doubt menace Gordon and Gotham City as soon as next week. Even with most of the episode having to solve a mystery that we already knew the answer to, at least the show is still setting up plenty of promising developments for the last handful of episodes this season.