NOTE: This review may contain mild spoilers for the second season of “Unbreakable Kimmy Schmidt.” That said, the review is written to accommodate those who have not yet watched the season, and as such, will avoid discussion of major plot developments.

When NBC first dropped Unbreakable Kimmy Schmidt from its midseason 2015 lineup, leaving Netflix free to scoop the sitcom up for an automatic two-season pick-up last year, it proved to be a pretty big blessing. Unbreakable Kimmy Schmidt’s debut season went on to be arguably Netflix’s funniest original comedy series at that point, a position that it still holds with the recent launch of its second season on the streaming service. Rest assured that Kimmy’s optimism is as infectious and charming as ever, and her world is just as fun and entertaining to get lost in within the next batch of thirteen episodes!

That being said though, it’s difficult to deny that the second season isn’t quite as good as the first. It’s still quite enjoyable, and noticeably better than the majority of Netflix’s rather uneven catalogue of original sitcoms, but some of the novelty and magic from the show’s first season seems to have been lost in the second, due to an over-emphasis on surreal weirdness, and a few episode storylines that just really don’t work. 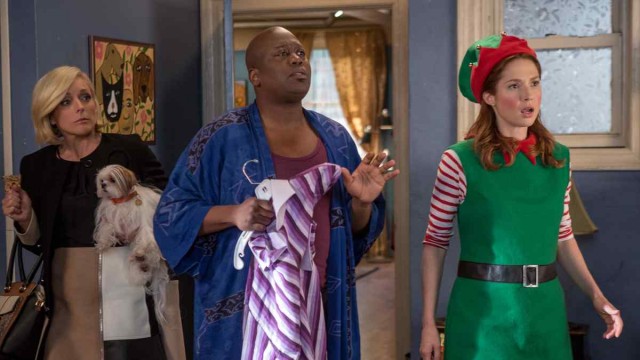 One of the reasons why the second season feels like a lesser offering than the first is the noticeable aftertaste of pandering. After the first season proved to be such a runaway hit among women and gay men in contrast to most other viewers, Unbreakable Kimmy Schmidt now seems to be cannonballing hard into that target audience. Whatever people seemed to really celebrate and identify with in the first season, the show seems to push to straining point in the second, resulting in a season that is more weird and off-the-wall, along with being far more colourful and flamboyant, but that’s not always for the better.

That’s not to say that Unbreakable Kimmy Schmidt isn’t funny or likable in Season Two though. Even straight men and other such viewers outside of the show’s target audience can still enjoy this season enough to make it worth a quick binge, especially if they already enjoyed Season One. Ellie Kemper, Tituss Burgess, Jane Krakowski and Carol Kane are all appealing as ever in the lead roles, and they often salvage scenes that would have otherwise fallen apart from some of the questionable writing this season. All of the lead characters break interesting new ground this season, and Kane is a particular standout, with Lillian being arguably the show’s most relatable character at this point, despite her weirdo exterior, since her struggle of fighting neighbourhood gentrification throughout the season is something that older viewers especially will be able to sympathize with on some level. 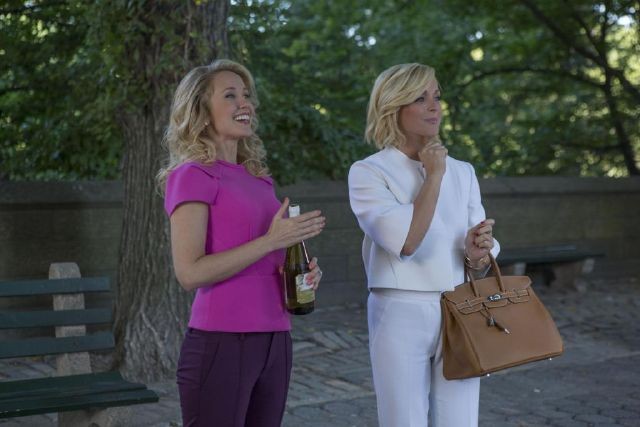 This is all the more true when you see just how much Season Two of Unbreakable Kimmy Schmidt aims to roast the Millennial generation. Much of last season focused on roasting the idea of being an adult and doing stereotypical adult things, but in this new season, many of the jokes are centered at poking fun at young adult groups like hipsters, internet trolls and new-age entrepreneurs. This is why it’s genuinely surprising that Kimmy’s adolescent nemesis, Xanthippe sits out almost the entire season, beyond appearing in one episode before she moves to Connecticut. Maybe she’ll be back in the already-confirmed Season Three, but Xanthippe’s absence feels like a pretty big missed opportunity for jokes here, since this season wants so badly to satirize the younger crowd this time, which it does to more mixed effect than the more consistently funny adult-roasting jokes from Season One.

Replacing Xanthippe’s character as a foil to Kimmy later in the season is an all-new character played by show creator, Tina Fey, that being a drunken psychiatrist named Andrea, whom Kimmy meets on one of her new jobs. Andrea forces Kimmy to confront the dark side of her reality, which adds new dimensions to Kimmy’s seemingly relentless good mood and optimism, and that’s great. For lack of a better word, Unbreakable Kimmy Schmidt seems to go ‘darker’ this season, but it’s still ridiculously colourful and sunny in contrast to Netflix’s other sitcoms especially. The later episodes effectively poke at the underbelly of Kimmy’s emotions and attitude too though, and even have surprising explanations for some of the idiosyncrasies that have been in place with her character since the first season debuted last year. It leads to a satisfying ending for Season Two, for Kimmy at least, and feels like an effective way to capitalize on the fact that the season’s first several episodes aren’t written for NBC this time. 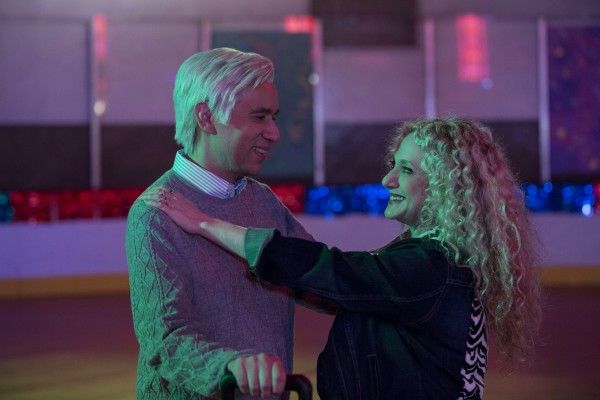 Beyond Kimmy herself, the other characters see major changes throughout the season too. Titus gets a boyfriend that he comes to care very much about, Jacqueline is coping with divorce and no longer having her fortune, and as mentioned, Lillian is fighting the gentrification of her strange, seedy neighbourhood. These all lend themselves to effective story arcs throughout most of the season, not to mention funny ones, since, like I said, the show’s lead actors are fantastic as ever in Season Two. Some of the storylines stretch the boundaries of logic, sometimes in a bad way, but most of them are at least enjoyable to watch, and land most of the characters in some surprising positions, as the show caps off its second season and prepares for its third.

While most of the season’s story ideas remain good and objectively funny though, it’s just too bad that Unbreakable Kimmy Schmidt seems to suffer from its highly increased creative freedom during Season Two at times. The jokes and set pieces sometimes feel a little scattershot, and it stinks a bit of the showrunners and producers not completely grasping what made Season One resonate so much with certain audiences. Instead, they just try to take the surprising highlight moments of Season One, and blow them up to new heights in Season Two. Those weird insights into Kimmy’s child-like psychology? Season Two has more. The musical sequences that people enjoyed? There’s a lot more, and not all of them are good or necessary. The just plain odd and risky story setups? They’re a lot more odd and a lot less careful, which certainly makes Unbreakable Kimmy Schmidt very interesting, but not always truly clever. 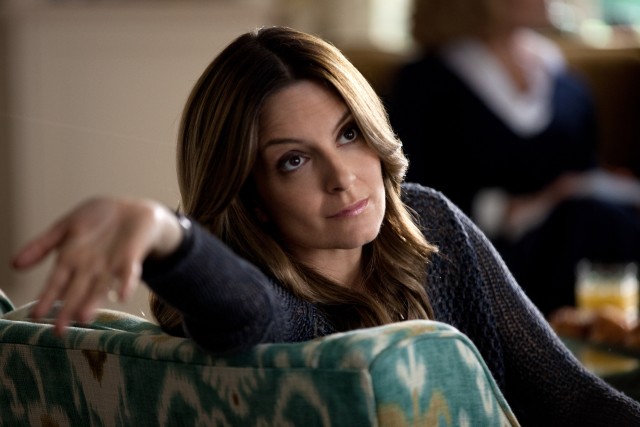 When all is said and done, Unbreakable Kimmy Schmidt remains one of Netflix’s best sitcoms at this point, and definitely makes up for the failings of Fuller House, Flaked and The Ranch, which have all contributed to Netflix having a pretty sorry sitcom lineup in 2016 before now. It’s too bad that Season Two didn’t quite match the fantastic comedy high point that Season One was, but the season definitely gets more right than it does wrong. Season Three might benefit from being reined in a bit, and not trying too hard to tickle a certain fanbase to mixed effect, but Kimmy remains as fun and lovable as ever, even if she sometimes needs to be taken in smaller doses this time.