In the wake of highly successful live-action remake, The Jungle Book dominating the box office for the second week in a row, Disney has announced a big push forward for more of their planned live-action movies, which certainly aren’t slowing down anytime soon!

Disney first confirmed that they have green-lit a sequel to not only The Jungle Book today, as rumoured, but also commissioned a sequel to 2014’s Sleeping Beauty-inspired villain movie, Maleficent! Only director, Jon Favreau and screenwriter, Justin Marks have been confirmed to return for the sequel to The Jungle Book at this point, though Disney did confirm that Angelina Jolie has already been officially set for the Maleficent sequel, which will once again bring back its own screenwriter, Linda Woolverton, though its director is currently unknown.

Along with these sequel announcements, Disney also officially announced the following live-action movies that are in the works at their new live-action remake-dedicated studio, though some were already leaked by press outlets before now. Regardless, here are the projects that Disney’s live-action studio is currently fast-tracking:

Dumbo: A live-action remake of the 1941 animated classic of the same name, about an adorable circus elephant with enlarged ears that allow him to fly and perform dazzling acrobatic feats. The movie will be directed by Tim Burton, with its script written by Ehren Kruger.

Jungle Cruise: A film adaptation of the Disney theme park attraction, which has little details at this point, beyond confirmation that Dwayne Johnson will star in the lead role.

Mary Poppins 2 [Working Title]: A follow-up to the classic live-action/animation mash-up movie from 1964. Rob Marshall will direct the movie, with Emily Blunt set to star.

Cruella: Another villain-centric movie, this time about a younger incarnation of 101 Dalmatians villainess, Cruella de Vil. Kelly Marcel will write the script, with Emma Stone set to star as the title character.

A Wrinkle in Time: A film adaptation about the celebrated childrens’ fantasy book, where a group of kids journey to a fantastical land to find their missing father. Ava DuVernay is set to direct, with Jennifer Lee writing the script.

The Nutcracker and the Four Realms: A re-imagining of well-known ballet, The Nutcracker. Little is known about the movie, though Lasse Halstrom is set to direct, with Ashleigh Powell penning the script.

While most of these movies currently lack release dates, Disney did reserve a handful of dates over the next several years, with their inhabitants likely depending on which movies get through production the fastest. The dates include: July 28th, 2017, April 6th, 2018, August 3rd, 2018, December 25th, 2018, and December 20th, 2019. 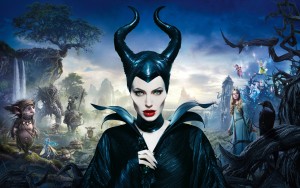 Disney’s live-action studio will next deliver a sequel to one of the studio’s first live-action re-imaginings, Alice: Through the Looking Glass. It will hit theatres in 3D, 2D and IMAX 3D on May 27th. We were also quite fond of The Jungle Book in our official review that went live alongside the movie a couple of weeks ago, where we declared it the best movie of 2016 at this point, for its lovable characters, mind-blowing production values and exceptional storytelling, awarding the movie a masterful 95% overall score.

Keep conjuring Eggplante for all major news and updates on Disney’s projects.