I’m officially kicking off review coverage for HBO’s Silicon Valley with the start of its third season this week, and fortunately, the beloved sitcom’s third season premiere is a winner. While the big cliffhanger from Season Two didn’t end up being much of consequence, “Founder Friendly” still started the season off strong, and presented plenty of very interesting plot upheaval as some management shuffles are made at both Pied Piper and Hooli.

So, recapping how Season Two ended, Pied Piper ended up defeating Hooli in the IP lawsuit, though at a cost, as Laurie coerced Monica to vote along with forcing Richard out as CEO. The season ended with Richard just barely managing to save Pied Piper’s store of data and programming, though also learning that he’s been fired in the final seconds of the previous season finale. This presented a very promising shakeup to the show as it went into its third season, with Richard possibly having to fight his way back into his own company! 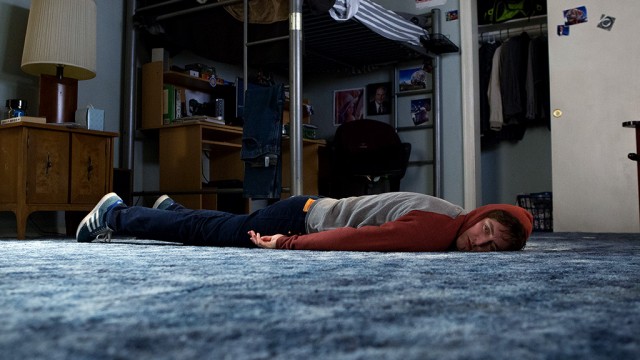 … Except that’s not what happened. It seems like the writers hit a wall during production of Season Three, and ultimately couldn’t find a way to sustain Richard being fired. Thus, they wrote another curveball that has him not actually fired, but instead demoted to CTO. That doesn’t really make much sense, and it was the main thing dragging down an otherwise great season premiere. Why would Richard be told on the phone that he was fired, when he’s actually being reassigned? There’s kind of a massive difference between those two things!

Regardless, this at least leads into the interesting conflict of Richard having to face his pride, as he’s unwilling to let go of full authority over the company that he’s built, despite Laurie and Monica being right about Pied Piper becoming too big for Richard to properly sustain it at this point. Richard sees fit to pack up and go to another startup, taking Jared with him, while Dinesh and Gilfoyle instead decide to stay with Pied Piper, who is getting a new CEO appointed by Laurie and the rest of the board. 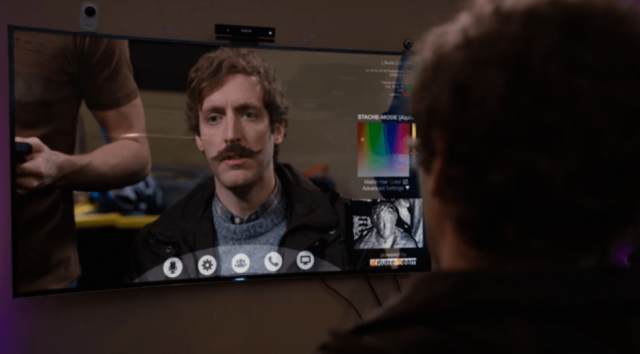 The conflict with Richard presented plenty of strong jokes, especially when the startup that he decides to work out a new CTO deal for turns out to want him for a lacklustre project that simply applies moustaches to live web chats. Richard’s disgraced former attorney from Season Two, Pete Monahan, now freshly disgraced and thrown in jail for well over a life sentence after an accidental alcohol sip ends up racking him a slew of charges, even has to spell out for Richard that his pride will get him nowhere. It was effective to have someone who is hitting rock bottom be the voice of reason that prevents Richard from undoing himself, and towards the end of the episode, he decides to at least meet with Pied Piper’s chosen new CEO, Jack Barker.

Barker is a pretty interesting new character, played in a recurring role by Stephen Toblowsky this season, When Richard expresses apprehension at Barker being hired, Barker is ready to scrap the whole job assignment, and at first, it looks like it’s going to be left at that. As the episode ends though, Richard is overcome with guilt and goes back to Barker’s house, with the result of this return being saved for next week’s episode. Looks like Richard is indeed doing the right thing, and came to his senses before he did something that would have had dire ramifications not just for him, but for his entire company. 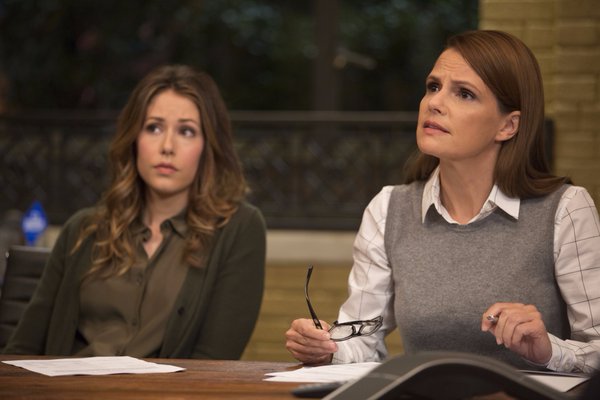 There were also some funny little subplots spruced throughout the episode that worked well, such as Gavin Belson doing damage control from the lawsuit by firing every single person on the Nucleus project, which was a brilliantly funny curveball that helped Gavin stay a strong threat to Pied Piper, even after Season Two appeared to end with him certainly being removed from Hooli. Also very funny and promising was the new storyline with Big Head, who gets fired along with the other Nucleus staff, though due to his recent press attention, he gets an enormous severance package of $20 million! We don’t yet see what Big Head is going to do with this money, but considering his laid-back persona and continued loyalty to Richard, might this prove to be a windfall for Pied Piper, or will Big Head pioneer yet another new startup to serve as a threat to both Hooli and Pied Piper alike?

It looks like Silicon Valley is strong as ever with the start of Season Three, and that’s awesome. “Founder Friendly” has the series effectively laying out the storylines that will be at play in the following nine episodes, providing some good laughs during its own runtime, while also promising equally entertaining developments to come later. Richard may have been demoted, and both Dinesh and Gilfoyle came that close to ditching him, but even then, it looks like Pied Piper is as eccentric and as lovable as ever, even when their battles still seem so uphill.

Silicon Valley 3.1: "Founder Friendly" Review
Silicon Valley kicked off its third season on a strong note, as shuffles take place at both Pied Piper and Hooli, even if it deflated the big cliffhanger ending from last season.
THE GOOD STUFF
THE NOT-SO-GOOD STUFF
2016-04-25
85%Overall Score
Reader Rating: (0 Votes)
0%