Microsoft has announced the free Games with Gold rewards that will be offered this coming May. The new freebies will start going live this coming Sunday, May 1st, at which point they will replace most of April’s free game offerings. Thus, if you have yet to redeem The Wolf Among Us on Xbox One, or Saints Row IV on Xbox 360, you have until then to do so, before they return to their original paid pricing for Xbox Live Gold members. Sunset Overdrive will remain free on Xbox One until May 16th, at which point, it will be replaced by May’s second free Xbox One reward. 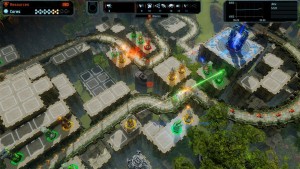 Defense Grid 2 is the Kickstarter-funded sequel to Defense Grid: The Awakening, and takes players to new worlds rife with strategic possibility, as they are once again challenged to set up the perfect array of defenses to protect their territory, along with valuable power cores that alien menaces attempt to steal. With new crowd-controlling defenses that go beyond offense, Defense Grid 2 taxes players with challenging new gameplay that will require all of their mental prowess to succeed at. The game was widely praised when it first released in 2014, with its challenging tower defense-style gameplay and gorgeous production values being commended, even if some criticized the game’s lack of novelty. Defense Grid 2 is also available for PC, Mac, Linux and PlayStation 4. 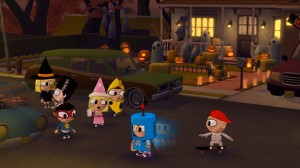 Costume Quest 2 is the sequel to Double Fine Productions’ original Halloween-themed indie RPG. Taking control of siblings, Wren or Reynold, players amass costumes and collect candy while also doing battle with evil dentist, Dr. Orel White, who wants to banish Halloween forever. The game received decent review scores, and was praised for its colourful presentation and amusing sense of humour when it initially released in 2014, though it was also criticized for its disappointing brevity. Costume Quest 2 is also available for PC, Mac, Linux, PlayStation 4, Wii U, Xbox 360, and PlayStation 3.

Grid 2 is one of Codemasters’ finest fusions between realistic car sim and fast-paced arcade racer, as players enter a variety of vehicles to race in treacherous tracks across the globe. The game features a Career Mode that players can make their way through to build stats and accrue new vehicles, as well as an online multiplayer suite to test their skills against the finest racers in gaming. Grid 2 received positive reviews upon its launch in 2013, with reviewers praising its tightly-realized gameplay and rewarding stat progression and multiplayer, though the game was criticized for not being that large a leap over its predecessor. Grid 2 is also available for PC, Mac, PlayStation 3 and arcades.

Peggle is an arcade-style puzzle sensation between both casual and core gamers alike. The objective is simple in this fusion of pachinko and pinball; Launch a limited number of balls to try and remove as many coloured pegs as possible from the board. Clearing orange pegs is necessary to proceed, while green pegs can grant special abilities to turn your fortunes and alter the board in drastic ways, depending on your active Peggle Master. Challenge puzzles alone, or compete with friends for high scores and speedy victories! Peggle has received high acclaim since its initial release in 2007, with its simple, addictive gameplay being praised, along with its colourful, fun presentation. Peggle is also available for PC, Mac, iPod, Windows Mobile, Java ME, BREW, Nintendo DS, PlayStation 3, iOS, Zeebo, and Android.

Given the stellar lineup of Games with Gold rewards from this April, it’s to be expected that May’s lineup would be a bit more modest. Fortunately, the games on offer are still reasonably good, and don’t contain any stinkers. Costume Quest 2 is disappointingly short, especially for an RPG, but it’s still a fun and amusing game that Xbox Live Gold members will enjoy, and while Defense Grid 2 and Grid 2 are geared more towards specialty audiences, they’re worth a look when you get them for free. Surprisingly, it’s Peggle that looks like the real standout in this month’s Games with Gold rewards, being a deceptively addictive masterwork in puzzle/arcade gaming, which is all the more worthwhile if you’ve already played through its sequel on either Xbox console. 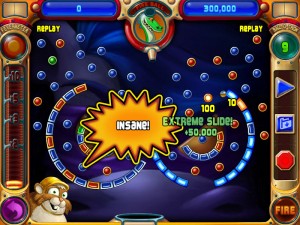