NOTE: Spoilers from throughout the first season of “Supergirl” are present in this review

After a failed attempt to get the series picked up on The CW, Supergirl’s pitch was recently resurrected, after the massive success of The Flash, though due to The CW’s initial rejection, the show was fair game to any major network. Ultimately, Supergirl was quickly scooped up by CBS for a straight-to-series order, with the massive television network wanting to be on the front lines for the increasing push towards female-driven superhero media.

So, with that huge vote of confidence, and Supergirl going on to be the #1 new Fall show for the 2015/2016 season in early ratings, how did the show’s first season turn out? Well, good, though there’s definitely plenty of room to improve. While some Supergirl episodes were brilliant, and made fantastic use of the underdog heroine and her early days as the superhero protector of National City, there were quite a few other episodes that really fell short, with the season’s conclusion being particularly problematic in several respects.

If there’s a major positive to the series though, it’s lead actress, Melissa Benoist, who portrays a charming, sunny and very likable Kara Danvers/Kara Zor-El/Supergirl. Many of this season’s best episodes simply involve Kara achieving new emotional and spiritual milestones as she endears herself to her city, making sacrifices, having faith, and even causing a few issues here and there, even if she ultimately manages to rise above the hiccups. While many Supergirl portrayals throughout DC Comics lore have been more edgy and aggressive, particularly the previous live-action Supergirl we got on The CW’s Smallville, the showrunners made the right call by making this version of the character more upbeat, adorable and friendly, as an edgy Supergirl probably wouldn’t endear herself to many viewers outside of DC’s established fans, especially with Marvel already cornering the edgy female superhero market with Jessica Jones on Netflix at this point.

While Supergirl herself is a delight, the supporting cast that was introduced in this first season was a bit more uneven. Winn and Cat started off rough, as Kara’s best friend and civilian boss, respectively, though as the season went on, they ultimately ended up among the show’s better characters, thanks to effectively emotional and gratifying storylines. Kara’s sister, Alex and the head of the alien-hunting DEO organization, Hank, also became a lot better as the season went on, with Hank really becoming a superb character after he’s unmasked as another undercover DC superhero on this show, Martian Manhunter! Hank Henshaw is a fairly dangerous villain in DC Comics lore, and the real Hank Henshaw was teased as such later in the season via flashbacks, though this development seems to be being saved for a hopeful Season Two, and that’s likely a good idea, especially with Season Two teasing sinister DC corporation, Project Cadmus as a focal point.

On the lesser end of the show’s character arcs this season were James, who often became a tedious, bland love interest for Kara, and had questionable chemistry with her to boot, as well as Lucy, sister to Lois Lane, who was a huge chore of a character, and only became interesting at the very end of the season, when she briefly replaces Hank as the head of the DEO, a position she doesn’t even keep. While the heroic storylines for Kara as Supergirl were often great, and Kara’s friendships with Winn and Cat also succeeded pretty well, the love triangle between James, Lucy and Kara felt like a cheap way to pander to more female viewers, and noticeably trailed the rest of the season’s storylines. The love triangle might have been fine, had James and Lucy been more interesting or likable personalities, but in Season One, it was easy to get the impression that Kara was wasting time pining for James so much, and Lucy was wasting time being jealous about it, especially when Kara and Winn really do seem like they’d make a far better couple.

Similarly, the show’s villains tended to fluctuate in quality. The Kryptonian antagonists that served as the season’s major threats ultimately failed to register much, and despite Kara’s aunt, Astra being killed off about halfway through the season, her husband, Non didn’t fare much better as the seasonal big bad, especially when his endgame ended up becoming rather muddled in the season’s climax. Some of the one-off villains-of-the-week were really disappointing and shallow as well, with this show exercising the same strategy as The Flash, where obscure C-list DC villains show up whenever the writers don’t have any better antagonist ideas for a storyline. 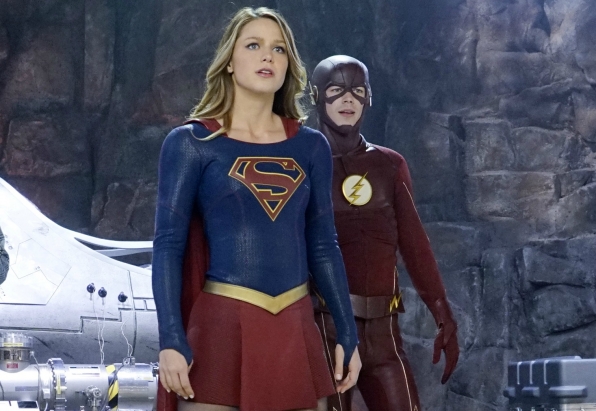 Fortunately, there were better villains peppered throughout the season, including Livewire, a DC villainess with a great snarky attitude and cool powers that lent themselves well to action scenes, Indigo, a better big season villain with a neat technological angle that had her serving as a spiritual Brainiac (portrayed by Smallville’s Supergirl actress, Laura Vandervoort to boot!), and Toyman, Winn’s deranged father who had his son struggling with the twisted family legacy. Some of the more persistent villains, such as Siobahn Smythe/Silver Banshee and Maxwell Lord, two other recognizable faces from DC Comics lore, sadly didn’t quite measure up to these highlight personalities though, even as the show tries to make Maxwell Lord especially a morally ambiguous character that keeps viewers guessing, making him the show’s Lex Luthor stand-in more or less.

This is the largest reason why the first season of Supergirl ended up all over the map in terms of quality, with episodes often fluctuating wildly in appeal every other week in the season’s back half especially. For every standout episode storyline, such as those in, “Red-Faced”, “Human for a Day”, “Childish Things”, “Falling” and, “Truth, Justice and the American Way”, there were also huge misfires like, “How Does She Do It?”, “Bizarro”, “Myriad”, and “Blood Bonds”, with most of the other episodes sitting in the middle. Another big highlight that actually did live up to its promise however was “Worlds Finest”, the highly-anticipated crossover with one of DC’s CW shows, The Flash, which ended up as one of Season One’s best overall episodes, and presents lots of promise for Supergirl to acknowledge the greater DC Television Multiverse again in the future. 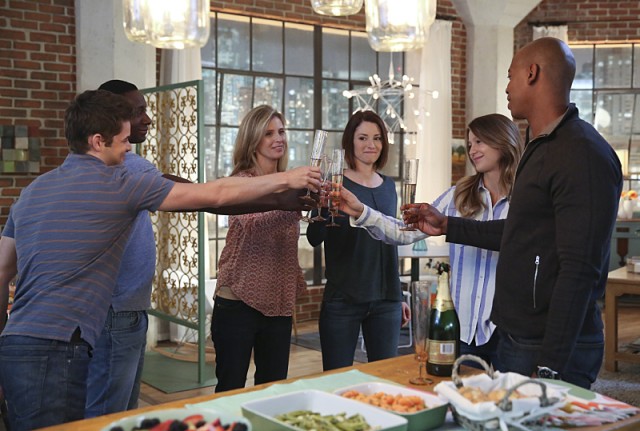 For all of this show’s flaws that still need to be ironed out, Supergirl does deserve a future as well. It isn’t the best that the Superman family can do on the small screen by any stretch at this point, but it’s a fun and entertaining show with a very likable lead, and one that still has plenty of promise left to tap. We’ll no doubt find out if Supergirl has been renewed at CBS’ Upfront presentation next month, but I’m rooting for it. Its first season had quite a few rough spots, but there were also enough brilliant elements to recommend CBS continuing to adopt this show as part of their primetime genre series lineup. It’s true that DC definitely has better shows occupying primetime real estate right now, but how many of them are truly this lovable?

Supergirl: Season One Review
Supergirl's first season is all over the map in terms of quality, but it's got no shortage of charm and upbeat entertainment value, especially with its very likable lead heroine.
THE GOOD STUFF
THE NOT-SO-GOOD STUFF
2016-04-26
74%Overall Score
Reader Rating: (0 Votes)
0%