It’s a sad day for Xbox and PC gamers, as Microsoft has unfortunately confirmed that Lionhead Studios, overseer of the Fable franchise, has been shut down as of today. The studio’s closure was foreshadowed recently, after development ceased on their asymmetric free-to-play multiplayer offshoot, Fable Legends, and now, despite some rescue efforts apparently being worked on, the developer is officially shutting its doors, seemingly spelling the end for the Fable franchise in turn. 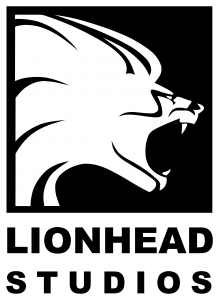 The studio had allegedly entered negotiations with owner, Microsoft to be fully absorbed, or possibly be bailed out and re-branded by another publisher, but there didn’t seem to be any takers for the beloved British developer, sadly. Former employees of Lionhead Studios are being assisted by Microsoft in the transition to new jobs at the Xbox maker, or possibly new game development outfits altogether. Many of them are tweeting about their fond memories working at Lionhead Studios on Twitter right now, using the hashtag, #RIPLionhead. Fans of the developer have also joined in the hashtag, tweeting their own favourite memories from Lionhead’s 20-year lifespan.

Lionhead Studios originally came to prominence on PC, after it was founded and led by infamous spokesman, Peter Molyneux, who has since gone on to form a new independent studio, 22 Cans. The developer first got their foot in the door with the well-received duo of Black & White games and their expansions on PC, before entering into an exclusivity agreement with Microsoft to produce an ambitious RPG for the Xbox, which materialized as the first Fable game in 2004. Microsoft fully acquired Lionhead Studios in 2006, and had the developer exclusively working on Fable follow-ups from then onward, all of which ended up releasing on Xbox 360, with Fable III also receiving a PC port, and Fable: The Journey being designed exclusively around the Xbox 360’s Kinect motion sensor.

Lionhead Studios had planned to debut the franchise on Xbox One, as well as Windows 10 PC’s, with a re-tooled free-to-play multiplayer game, Fable Legends, which hosted a beta period for fans since late 2014. After a lack of resources and interest however, the game was cancelled merely a short while before it was fully completed, in turn taking the developer itself with it. Lionhead Studios’ final completed game was 2014’s Fable: Anniversary, an HD remaster of the original Fable game from 2004, which initially released for Xbox 360, and expanded to PC later that year.

We at Eggplante wish the best of luck to all former Lionhead Studios employees, as they transition into their new career paths. Beyond that, keep questing to Eggplante for all major news and updates on Microsoft’s game development studios.