NOTE: Full spoilers for this episode of “Game of Thrones”, including multiple character deaths, are present in this review

Well, Game of Thrones has already found its best footing again. After the obligatory setup period that came with last week’s season premiere, despite good developments at Castle Black, the Northern wastes and, surprisingly, Dorne, Game of Thrones has already kicked things into a wonderful high gear with, “Home”, an excellent episode that spectacularly upends the show’s current distribution of power. This comes on top of once again giving Castle Black a fighting chance, after Melisandre and Ser Davos come through in a big way in the coming fight against the White Walkers.

As much as pretty much every featured character got great story material this week though, it’s the episode’s big ending that will no doubt have fans kicked up into a frenzy. Why? Well, it turns out that the conspiracy theorists were correct about Jon Snow; He wasn’t dead for very long. After Ser Davos pushes Melisandre to use forbidden magic to revive the dead Lord Commander of the Night’s Watch, Melisandre reluctantly uses dark sorcery that initially appears to have no effect. As everyone exits the room though, Jon eventually gasps back to life, and the episode immediately ends afterward. Hooray! Jon Snow is alive again! Will he be well though? 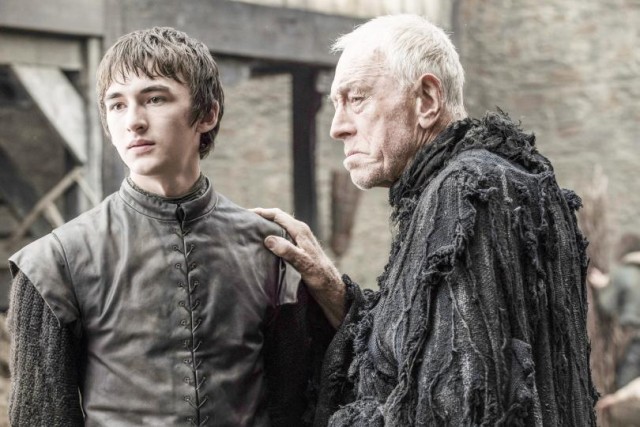 That’s really the big question, especially since there is precedence for this sort of steep potential cost for bringing dead characters back to life in the source novels. For those who are unaware, Catelyn Stark was actually brought back to life after being killed at the Red Wedding in the source books, even though her similar end in the HBO series still has her dead and gone. In the books though, Catelyn’s new life comes at the cost of her being disfigured, hideous, bloodthirsty, and borderline savage. She’s not the person that she was once was at all. She’s barely even human anymore! This begs the question of whether reviving Jon will be worth it in the long term, especially since Melisandre gives Davos the ominous warning of stating that the best way to help Jon is to leave him be. Since the season premiere revealed that Melisandre is centuries old, she’s likely seen what can go wrong with these kinds of spells, and we’ll have to see if it might have been better to leave Jon dead later in the season. As satisfying as it is to see the Wildlings storm into Castle Black, and toss the traitors that killed Jon, including Ser Alliser, into the cells, right before Jon’s death is undone, this rallying behind Jon may come at a high cost before the series has ended.

Fortunately, the rest of the surviving Stark children also got better storylines this week, after Arya’s and Sansa’s plots felt like they lagged a bit behind the others in last week’s season premiere. We even get to check in with Bran again for the first time since Season Four this week, and that’s awesome! Now fully immersed in his training with the Three-Eyed Raven, Bran gets to explore visions of the past, seeing his father and Uncle Benjen (remember him?), along with his aunt, Lyanna, and even a child version of Hodor that can fully speak (Hodor apparently had the birth name, “Willis” back then), when they were all children at Winterfell. Bran predictably doesn’t want to leave the visions, but the Three-Eyed Raven has to keep him on task, especially since, as he puts it, “Going into the ocean can be peaceful, but stay too long, and you’ll drown.” Similarly, Meera is discontented at Bran being permanently confined to the cave with the Three-Eyed Raven, though she is warned by Leaf that she will soon need to aid the young Stark, as soon as his visions take him beyond the past, and into the far reaches of the world.

Arya and Sansa also became significantly more interesting in this episode, with Sansa talking with Brienne about her former actions, and even having to bid farewell to Theon, who appears to be ready to sacrifice himself so that Sansa, Brienne and Podrick can reach Castle Black. These made for some effectively emotional scenes, and continue to make Sansa more important than she’s ever been in the series’ past seasons, since a lot is riding on her reaching The Wall, despite the Night’s Watch currently having their own snafu with Jon’s murder, even if it’s seemingly been resolved now. Likewise, Arya also moved forward in a satisfying way this week, once again engaging The Waif/Jaqen, though after enough torment, she turns down Jaqen’s offers of food, rest, and the return of her eyesight. This has Jaqen deciding that Arya is ready to begin the next phase of her training, and he tells her to follow him, and to leave her bowl behind, as she will no longer live as a beggar. Despite Arya not really doing much of note in the season premiere last week, it’s great to see that she’s finally undertaking the next step to becoming a Faceless Man.

We also check in with the Lannister’s at both King’s Landing and Meereen, though this time, it was Daenerys and Dorne that entirely sat out this episode, after Bran sat out the season premiere last week. Both of the Lannister’s were more reserved in plot progression compared to the many other big developments that went on throughout this episode, though their scenes were also cool, and carried just the right amount of forward movement, without overtaking the other characters that were given higher precedence this week. We see Tommen and Cersei make peace, after Tommen forces Cersei to remain in the Red Keep for protection, forcing her to miss Myrcella’s funeral, and meanwhile, over in Meereen, we see Tyrion make the shocking decision to unchain Daenerys’ two remaining dragons. Recounting the story of how the dragon population largely shrunk and became pathetic due to captivity, Tyrion makes the brave decision to unchain the dragons so that they’ll eat again, before walking up to Varys, and telling him to slap him the next time he has an idea like that. This scene added a great bit of levity to what’s otherwise another heavy, death-filled episode, while also nicely pushing the plot forward, just as scenes like Gregor crushing a drunk’s skull after the guy mocks Cersei in King’s Landing were as awesome as they were funny. 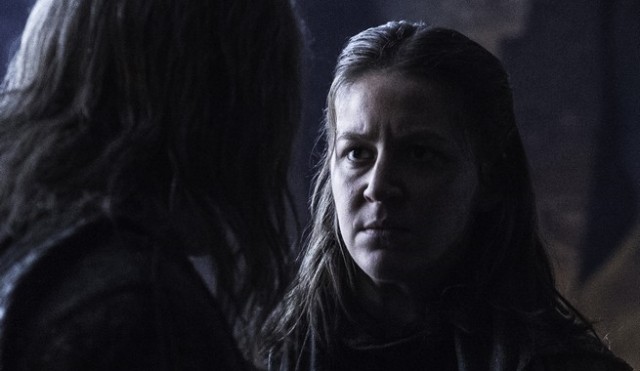 I’m not kidding about how many pivotal characters died this week either! Despite Jon Snow returning to life at the end, the North built a body count this week, as did the Iron Islands. Yes, we get to check in with House Greyjoy this week, for the first time in a little while, as Balon tries to arrange another desperate invasion of the North, despite his losing streak, against the wishes of Yara. Before Balon can sign off on the invasion however, Euron returns, stabbing Balon and throwing him to his death! Yes, after Melisandre’s dark magic teased Balon Greyjoy’s death ages ago, it finally came to pass in this episode, possibly positioning Yara as the new leader of the Iron Islands and House Greyjoy. Her appointment however depends on a council called the Kingsmoot, and that’s where we leave the Greyjoy clan. The idea of Yara picking up the pieces for Balon could be very intriguing, and surely, the re-surfacing of Euron will also lead to some better Greyjoy storylines soon, especially with Yara swearing revenge against Balon’s killer, not yet knowing that it’s her uncle.

As you can expect from his character though, it’s Ramsay that continues to elevate the show’s violent and brutal murders. Just like Euron, Ramsay made a big power play this week, after Roose doesn’t agree with Ramsay’s desire to storm Castle Black and kill Jon Snow (obviously unaware that Jon was already killed by mutineers). Ramsay then responds by stabbing Roose dead and taking House Bolton by force! That’s brutal enough, and greatly upsets the current power grip in the North, but the true brutality was yet to come, when Ramsay lures Walda, along with her newborn son, into the hounds’ keep, then lets his pooches maul them to death, securing that, not only is Ramsay the new Warden of the North, but that there is now no heir to challenge him! Ramsay has always been one violent bastard, but even for him, this is stone cold, and it could have him dealing with his own mutiny in House Bolton, just as easily as it could further cement House Bolton’s grip on the North. Odds are however that Ramsay’s seemingly impulsive murders of his family members, along with his ill-advised idea to attack the Night’s Watch, are going to come back to bite him in the ass sooner or later, especially with the Night’s Watch getting a fresh Wildling army to help defend it now.

“Home” was a particularly fantastic episode of Game of Thrones this week, and one that seemed like it satisfied on every possible front in terms of telling its story. We got big power upsets with several shocking deaths, we got great forward movement for the Stark and Lannister families, and even without Daenerys or Dorne showing up this week, the show just seemed to do everything right in terms of pressing the series’ overall conflict forward. Naturally, the revival of Jon Snow is also cause for excitement, and the way that the potential consequences of this also tied into the potential consequences of Ramsay brutally seizing House Bolton was very inspired. This episode was all around a fantastic reminder that anything can happen in the world of Game of Thrones, and that’s a big part of why this is currently the most interesting and engaging show on HBO’s present lineup!

Game of Thrones 6.2: "Home" Review
Game of Thrones hit an excellent high note this week, with a superb reminder that anything can happen in Westeros, as House Bolton and Greyjoy get upended, and Jon Snow returns to life, but at what cost?
THE GOOD STUFF
2016-05-02
95%Overall Score
Reader Rating: (1 Vote)
97%