Last week’s season premiere of Silicon Valley finally had Richard swallowing his pride and agreeing to have Jack Barker replace him as CEO of Pied Piper. This week’s episode, “Two in the Box”, was all about the consequences of that decision, for better or for worse. The business is now evolving at a rapid rate, and Richard and co. aren’t alright with every change, but does that mean that they always know best? Not necessarily.

Of course, the expected comedic gold mine of these 20-30-something greenhorns having to trust their fledgling business to more experienced, albeit also more self-absorbed veterans was thrown open, and lots of great material was taken from it, as Pied Piper moves into a proper office space. Richard was particularly funny this week, as he banged his head against the wall when it came to dealing with a new sales team, who are comically wrapped up in their own ideas, and constantly see fit to re-introduce themselves. Even the intentional bad ideas that Richard throws out to illustrate what not to do are gobbled up by Jack’s new sales force with gusto, leading to more great jokes. 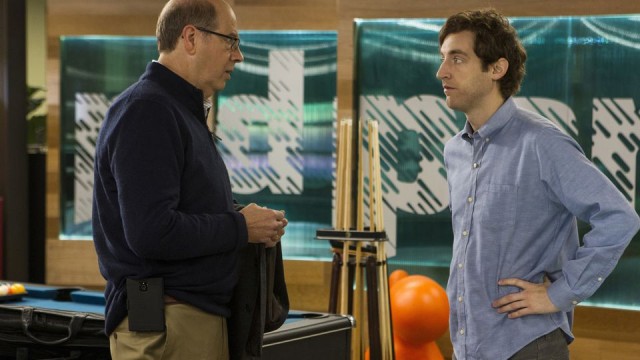 Likewise, Jared also had a pretty strong storyline this week, which nicely piggybacks off of the leads moving out of Erlich’s house. Turns out that Jared owned a condo the entire time, but has been unable to pay for it due to quitting Hooli, and the early woes of Pied Piper, so he’s simply been renting it out. Unfortunately, after a bad tenant refuses to leave, now that Jared wants to move back into his old living space, Jared learns that Silicon Valley’s ridiculous tenancy laws basically give no power to landlords, despite the well-known high rent rates in the region, and that it will take almost a year for Jared to successfully get the courts to evict his unwelcome tenant. This was a nice meta way to acknowledge a season-long struggle that Jared will probably have, and as usual, Jared being the least intimidating person in Silicon Valley is continuing to haunt him in all sorts of hilarious ways.

The episode attempts a similar subplot with Erlich, who is having a similar problem with being unable to get rid of Jian-yang, though it just feels like a lesser version of the same conflict with Jared. Similarly, the humour that the show tries to derive from Dinesh and Gilfoyle not being used to having proper resources until Jack offers them pretty much anything, doesn’t really compare to the many hilarious moments throughout the rest of the episode. It has a slight sense of filling space with recycled jokes. These moments are still amusing, though they’re not not laugh-out-loud funny like many of the other great moments this week. 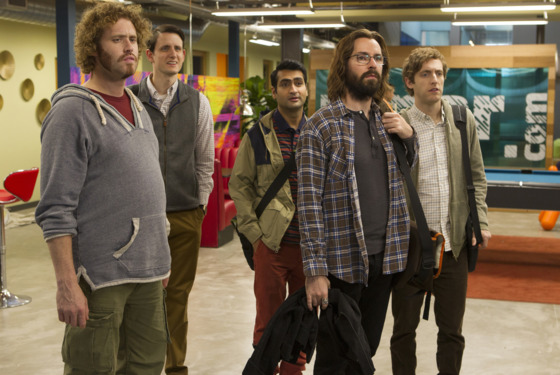 Even beyond Richard attempting to acclimate to having a new CEO in charge, Silicon Valley brought some very memorable gags overall this week, with the most memorable of all being Richard having to awkwardly confront Jack about his grievances while Jack is trying to watch his prize mare be mounted by a stallion that he paid $150,000 to breed with his horse. You see all of the uncomfortable details in full as well (got to love HBO, eh?), and as gross as it was, it perfectly puts the viewers in Richard’s shoes, as you can’t help but laugh at how disgustingly uncomfortable the whole situation is. It worked nicely with Jack always seeming to be one step ahead of Richard in terms of pursuing his own agenda, and yet Jack also being so hysterically easygoing that nothing seems to bother him, even when Richard seems aggressively upset with him.

Considering how much everyone has tried to screw over Richard over the course of this entire series so far, it’s very refreshing and funny to have Jack actually really want to do right by the company, even when his viewpoint of how best to run it seemingly never aligns with Richard’s. That being said though, Hooli is still breeding plenty of future threats for Richard, especially when Gavin’s dickery inadvertently creates an obstacle for both Hooli and Pied Piper, when the programmers that Hooli is firing end up cracking Richard’s middle-out code. Oh dear. They likely won’t share this information with Gavin either, though it would also be an interesting story turn if they tried to save their jobs that way. Still, it would probably create better story material down the line if they become a threat to both rival companies by forming their own start-up, sort of making them a dark doppelganger of Pied Piper. I guess we’ll have to see. 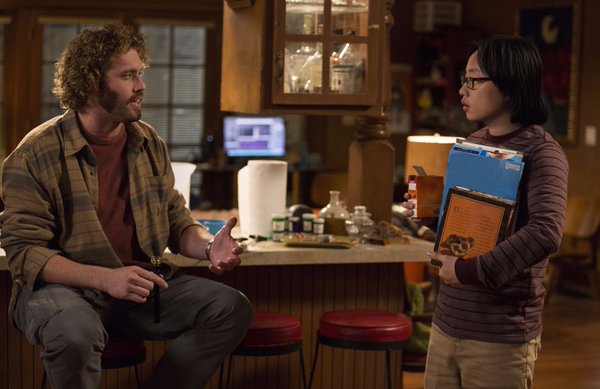 “Two in the Box” ends with one of Richard’s sarcastic bad ideas actually becoming a new direction for Pied Piper as a whole, and that feels fitting, concluding the episode with Richard having to look forward to being steamrolled by Jack and his new hires on a whole new level. Silicon Valley’s third season is really superb so far, being a great mix of forging new ground for the show, while preserving what still makes it so damn funny. It’s great to have Richard’s latest threat not be another crook or opportunist, but instead, simply be his own inability to comprehend Jack’s actions. Considering how much Richard and the Pied Piper crew have virtually failed their way into their success, that’s keeping the humour and plot developments very strong, while reminding viewers that Pied Piper’s dumb luck isn’t going to go on forever.

Silicon Valley 3.2: "Two in the Box" Review
Silicon Valley's third season continues to excel in its superb second episode, which has the Pied Piper crew coping with some big changes, while Gavin's axing of the Nucleus team begins to backfire.
THE GOOD STUFF
THE NOT-SO-GOOD STUFF
2016-05-02
90%Overall Score
Reader Rating: (0 Votes)
0%