The Big Bang Theory surprisingly started lowering the stakes as it wound down Season Nine, which seems like an ill-advised move, given that this show normally manages some pretty good cliffhangers to end its seasons with. Sadly though, “The Convergence Convergence” was not one of those inspired conclusions. It’s not an unfunny episode, but it ends Season Nine with a disappointing whimper, and surprisingly, feels like half of a concept, rather than a complete conclusion to the season’s big plot arcs.

The story carries over from last week’s episode, where Beverly tells Penny about being hurt on account of not being invited to the wedding between Penny and Leonard. Given her treatment of Leonard throughout this series, that seems a bit odd, but whatever. It presents the idea of Leonard and Penny renewing their vows together, which gives us a foundation for this season finale. 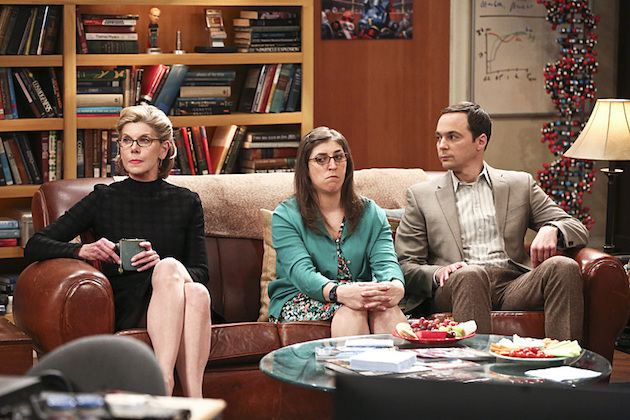 But then the season finale doesn’t use it. In a very odd turn, The Big Bang Theory’s ninth season finale is all about a lead-in to the Season Ten premiere this Fall. That might sound like an acceptable idea on paper, but the problem is that the lead-in doesn’t have any fanfare, especially not in terms of celebrating Leonard and Penny’s marriage, and smacks a bit of the writers just not having any good ideas left to close out Season Nine with. Instead, we get a batch of amusing, but largely predictable gags to sustain everything, beyond one amusing conclusion that still feels a bit like a canned sitcom trope.

Even the big subplot with Howard is a huge let-down, and one that completely lacks a real resolution. As with the idea of Leonard and Penny renewing their vows so that their friends and family can be present for the marriage ceremony this time, the idea behind Howard’s subplot is pretty good, with the U.S. Air Force contacting Howard via E-mail about his recently-perfected targeting system. Howard frets about the meeting with the military for the entire episode, with Raj being similarly paranoid, though Bernadette says that they’re both being silly, especially when their biggest reasons for fearing and distrusting the military are movies like Avatar, Jurassic World and E.T.

The idea of a conflict brewing between Bernadette and Howard over Howard letting movies, television and comic books (surprisingly, she didn’t mention video games, which is a favoured modern scapegoat by fearmongers and bullshit artists) is also a sound idea, but it’s played as a one-note joke, and is then immediately forgotten. We don’t even see Howard meet with the Air Force, in fact. He simply mistakes Leonard’s car for a military tail (which makes no sense, since there’s literally no reason why Howard wouldn’t recognize Leonard’s car when it’s ten feet behind him), then speeds off, and gets pulled over by the cops, and that’s where the subplot ends. Seriously? Why did the show bother to set up this big Air Force meeting, if it didn’t even have any intention of showing it until Season Ten? That just feels cheap and lazy. 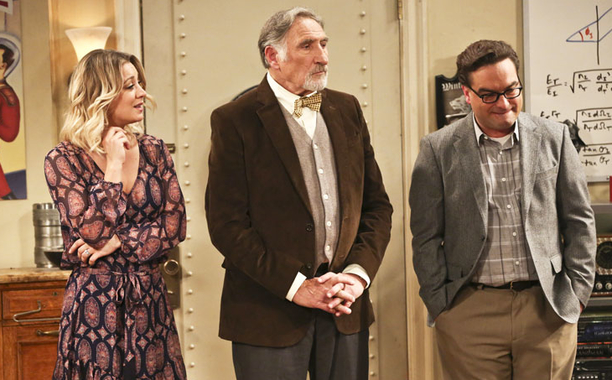 We don’t ultimately see the wedding ceremony either, which also feels like it’s being saved until Season Ten. Even Penny’s family showing up never ultimately happens, despite Penny claiming that they will the next day, even if we do finally meet Leonard’s father, Alfred Hofstadter, played in an admittedly funny guest role by Judd Hirsch. In fact, the interplay between Beverly, Mary and Alfred made for most of the episode’s funniest and most satisfying material, even if Jim Parsons helped to pick up the slack with some more funny Sheldon moments, this show’s usual fallback when it doesn’t have any better ideas for jokes.

Things round off with Alfred and Mary hooking up in a hotel, and Leonard and Sheldon sort of react to it, then Penny laughs, and that’s how the episode, and Season Nine, ends. No, seriously. That’s it. That’s a massive let-down, especially since the idea of the parents of two foils hooking up has been done numerous times before in plenty of other sitcoms. That’s really the best that we could end the season with? No marriage proposals? No big career changes? No break-ups? Barely any mention of Bernadette’s pregnancy? This is seriously how we’re closing out the season? Needless to say, that’s pretty lame. 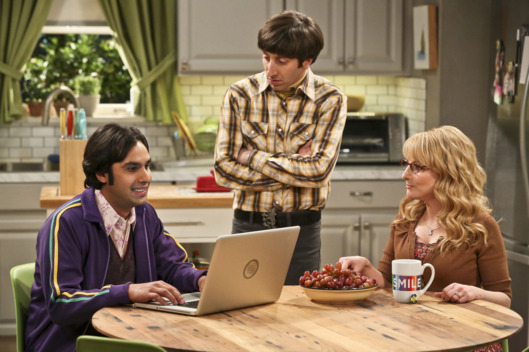 It feels like, “The Convergence Convergence” is strangely incomplete, and that’s not a good thing in a season finale, much less for the biggest and most popular sitcom on television right now. Sadly, neither major storyline saw any kind of resolution in this season finale, even in a way that will make viewers anticipate Season Ten all the more. Instead, both plots just fizzle out with no real answers or curveballs, as if they were just cut in half. Having to wait for Season Ten to see these interesting developments properly unfold isn’t always unacceptable, if a season finale is smartly written, but in this case, it is unacceptable, since there’s no big, worthwhile developments to ponder as we wait several months for Season Ten to start. It’s pretty upsetting to see The Big Bang Theory faceplant when it’s mere inches from the finish line in its latest season, but at least we still had a few decent chuckles, even if they would have meant more in an episode that had actual narrative weight.