NOTE: This episode aired a week late here in Canada, due to the two-hour season finale of “The Catch” occupying its CTV timeslot

NOTE 2: Full spoilers for this episode of “Legends of Tomorrow”, including a major character death, are present in this review

It’s been a hell of a journey over the course of Legends of Tomorrow’s first season, with some high points and some low points. Over the past couple of episodes though, the show has really gained a huge spike in overall quality, and that continued beautifully in this week’s season finale, “Legendary.” Wrapping up the characters’ initial journey while effectively setting them up for a new one in Season Two, this season finale effortlessly outclasses the mostly good season finale of The Flash, and the frustratingly sub-par season finale of Arrow, and this is probably the episode that will get you most excited for its show’s upcoming season later this year.

Things appear pretty hopeless at the start of the episode, with Kendra and Carter in Vandal Savage’s clutches, Leonard having sacrificed himself to save the team, and Rip ready to drop everyone back in 2016, believing that they should no longer pursue the fight against Savage. At first, it feels like an end for the series, even though we already know that Legends of Tomorrow has been renewed for a second season, but after some time away from the Waverider, everyone can’t shake the feeling of unfinished business. 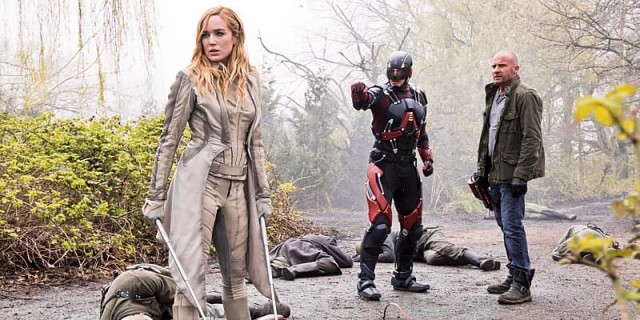 The show’s team dynamic has sometimes been hit-or-miss over the course of this first season, but in the season’s final few episodes, it seemed to fully find traction. That led to an especially satisfying coming together for this season finale, as everyone decides that they just can’t leave the whole Vandal Savage issue hanging. After Ray and Martin use some science trickery, with Jefferson, Sara and Mick also standing by, they manage to lure Rip back to their time period, and convince him to bring them along to finish the fight. It was a great moment of companionship, and one that really cemented just how much this ragtag group of misfits have become true heroes over the course of the season.

As much as the stage is set for a thrilling final battle against Vandal Savage however, and there certainly isn’t any shortage of exciting action to round off the season with, it was the superb character moments that really made this season finale feel so enjoyable and fulfilling. This was especially true for Sara, who finally learns about Laurel’s death during the recently-wrapped fourth season of Arrow in this episode, and Caity Lotz really took the episode and ran with it here, especially with a great guest appearance by Paul Blackthorne’s Captain Lance to complement her performance. Seeing Sara go from anger to resignation to hope in the wake of losing her sister, especially after she herself cheated death during the events of Arrow, was very emotionally powerful and gratifying, especially when Rip confesses that he intentionally dropped everyone five months after they initially boarded the Waverider, because he knew that Sara would try to save her sister’s life, and that would lead to the entire Lance family being wiped out by Damien Darhk. 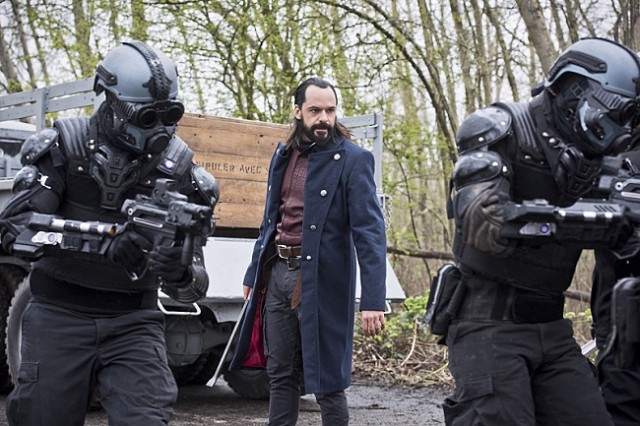 There were other inspired character moments as well, such as Kendra ingeniously leaving a note for Rip in a helmet that she recognizes as being in his possession from 1944, Jefferson learning to transform matter in his and Martin’s Firestorm state, and Mick finally accepting his need to belong with others, which he’s forced to confront after losing Leonard. There’s another especially effective scene with Mick on this note, when he visits Leonard in 2013 later in the episode, a year before the events of The Flash start, and tells Leonard that he may not want to be a hero, but he’s a hero to Mick. It’s a very heartwarming little tidbit, and even if this scene a bit disconnected from the episode’s main plot, it’s forgivable, since it effectively allows Mick to tell Leonard how he really felt when he couldn’t before, plus it gives Mick an example to follow as his life goes on.

Considering all of these great little character turns then, it was really disappointing that Kendra and Carter ended up lost in the shuffle. There wasn’t really much done with their characters, who are just sort of left to serve as plot devices in this season finale, as Savage prepares to detonate three Thanagarian meteorites in three separate time periods to destroy the world in three places, creating a massive time paradox that resets the world back to 1700 B.C. Jefferson pretty much puts it best when he says that it’s the craziest bad guy plan in the history of bad guy plans, and yes, it doesn’t totally make sense from a quantum physics standpoint, but in the grand pseudo-science of the DC Universe, I suppose we can let that slide, a lot more so than Kendra and Carter basically serving no purpose throughout most of this episode.

Of course, like I said, this episode definitely didn’t disappoint in the action department, which offered a fitting and exciting end for Vandal Savage and his plans. First, the team splits into groups of two to counteract Savage’s meteor plans in the three separate time periods, with Ray and Mick going to 1958, Sara and Martin/Jefferson going to 1975, and Rip and Carter going to 2021, to the all-new location of St. Roch (Carter is snatched away from Savage in 1944 when the team learns of the meteorite plans, though the team fails to save Kendra). This leads to not only a great final battle sequence with Savage’s goons, but also a triple-decker beatdown on Savage, as the team takes advantage of his ritual leaving him temporarily mortal, killing him in all three time periods, and thus erasing the threat of Vandal Savage from time forever. It was a pretty cool and novel finish for the villain, and finally had the team accomplishing their mission at long last.

While Ray and Firestorm neutralize two of the meteorites however, they fail to stop the third from detonating and wiping out the world in 2021. Initially, it looks like Rip sacrifices himself to take the meteorite into the Waverider and fly it into the sun in a pretty emotional scene… Though it’s a fake-out, and Rip ends up ejecting the meteorite at the last second and time-jumping back to 2021. Once again depositing everyone in 2016, a few scenes take place that have the team once again joining up with Rip to safeguard the timeline, with only Kendra and Carter electing not to return, since they want to live normal lives now that Savage is dead. Their farewell is a bit flat, especially since the episode did so little with their characters, though there’s not too much time to dwell on that, as a mysterious other Waverider falls from the sky, and a hooded man walks out, warning the team not to board their ship. When Rip asks the man to identify himself, he says that he’s Rex Tyler, and he comes from the Justice Society! Yes, after The CW teased his own failed show in 2013, Hourman makes his debut in the DC Television Universe, ending the episode with a pretty monumental tease for Season Two of Legends of Tomorrow! It seems likely that the team will ignore Rex’s advice, but the thought of making the Justice Society a core part of Season Two, especially after they were already teased during this week’s season finale of The Flash, should have DC fans very excited for next season! 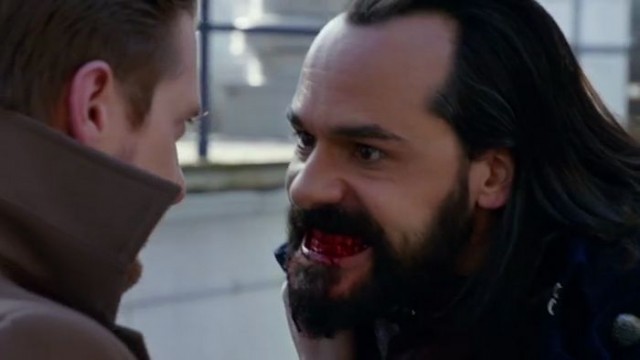 “Legendary” succeeded on pretty much every front, and served as a superb way to cap off the first season of Legends of Tomorrow. The episode boasted the exact right mix of action, drama and suspense, and its tease for next season is definitely a big one for DC fans to chew on as they wait through the Summer for this show’s second season in the Fall. The Kendra/Carter material was a little weak, making it difficult to care that much about their exit (though they’ll no doubt be back in guest roles during next season and beyond), but the big Justice Society tease helped to make up for that, as did the very cool defeat of Vandal Savage. Legends of Tomorrow could go a great many places next season, but by the end of this episode, viewers will definitely be in it for wherever the ride takes them next!

Legends of Tomorrow 1.16: "Legendary" Review
Legends of Tomorrow closed out its first season on an excellent note this week, with many satisfying character moments, and an exciting tease for next season.
THE GOOD STUFF
THE NOT-SO-GOOD STUFF
2016-05-27
93%Overall Score
Reader Rating: (0 Votes)
0%