NOTE: Spoilers from throughout the fourth season of “Arrow” are present in this review

After a melodramatic, convoluted third season, Arrow wisely lightened up a bit in Season Four, taking a couple of pages from The Flash in terms of both increasing its overall appeal, and fitting better into The CW’s increasingly-expanding DC Television Universe. Even then though, Arrow is still frustratingly trailing The Flash, and even Legends of Tomorrow by this season’s end, due to several problematic storylines, resulting in an entertaining, but still uneven season that has the show feeling like it needs to find itself again, after having to share a universe with DC’s other, better CW shows now.

In trying to make the show a little more light-hearted for Season Four, the season was made immediately distinct by the introduction of magic and sorcery, which fueled magic-powered arch-villain, Damien Darhk. Despite being a nobody in DC Comics lore, Darhk was a pretty enjoyable villain for most of the season, with Neal McDonough’s intentionally hammy performance giving the baddie a solid amount of kooky charm. The magical bend also allowed for an excuse for Matt Ryan to reprise his role as John Constantine, from NBC’s cancelled DC show, Constantine, which was a very cool moment for DC fans, even if Ryan sadly only appeared once during the season, and his Constantine was merely mentioned in passing after that. Still, Constantine being responsible for one of Oliver’s mysterious Lian Yu tattoos was a pretty cool twist. 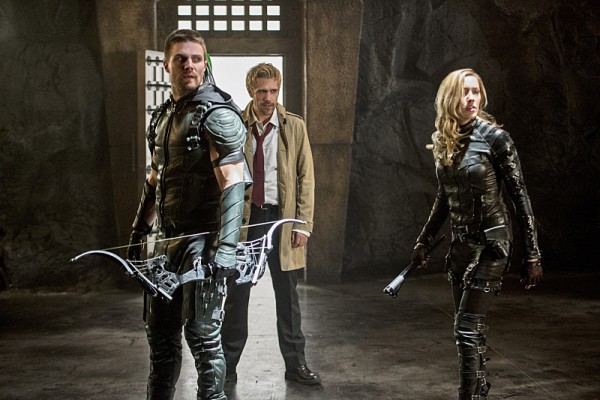 Speaking of Lian Yu, Arrow’s island flashbacks are really starting to falter at this point, and after the five-year mark of next season, they should probably be scrapped entirely. With last season’s convoluted Hong Kong-themed flashbacks now concluded, Oliver is mercifully back on Lian Yu for this season’s flashbacks, forced back by Amanda Waller, after a man named Reiter starts poking around the island with an illicit drug operation. The operation is a cover however, as Reiter, a loose re-invention of DC villain, Baron Blitzkrieg, is actually seeking magical artifacts that are buried on Lian Yu, which he believes will give him great power with which to strike back at the destroyers of his village and life. This storyline started off interesting, but after a while, it just fell apart and became tedious, with the flashbacks becoming increasingly predictable and trite.

That was a major problem throughout this season in general; The fact that it felt like Arrow bit off more than it could chew in Season Four, and several of its storylines just ended up fizzling by the end. When they didn’t fizzle, they spectacularly fell apart as well, and that was put on major display in the frustratingly sloppy season finale, “Schism”, which had Darhk breaking out a ridiculous nuclear endgame and Oliver’s crew pulling equally contrived solutions out of their asses. It really felt like the show had given up by that point, and had acknowledged that it backed itself into a corner, and was just doing whatever it had to in order to resolve the season’s lingering plots. Even with Season Three having its own problematic season finale previously, at least it didn’t come with the sense that Arrow had just completely thrown up its hands! This show is better than that. 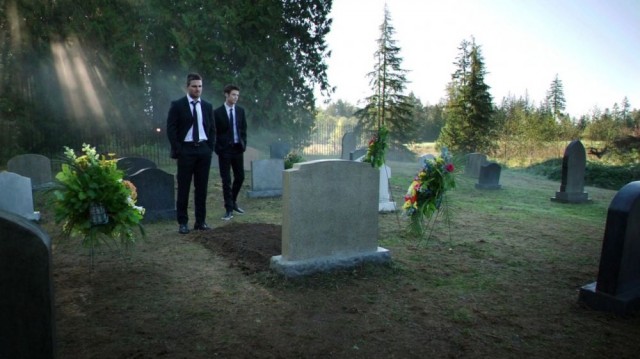 Despite the botching of the whole magical element and villain endgame though, Arrow’s fourth season was still pretty good overall, even if it’s still trailing its DC siblings on The CW at this point. A much better-realized element of this season, ironically, was the character drama, which actually benefited from the light-hearted direction by feeling more emotional and sensible, in contrast to some of the ridiculous dramatic turns from Season Three. Just about every lead character had great emotional growth this season, between Oliver attempting to run for mayor, Diggle reuniting with his thought-dead brother, Andy, and later being betrayed by him, Felicity meeting her estranged father, who was revealed to be DC villain, The Calculator in another cool twist for DC fans, and Captain Lance ending up starting a romance with Donna Smoak, which gave an extra personal connection to exploit for Team Arrow’s civilian lives. Despite the storytelling stumbles, Arrow still did its actual character work pretty well this season, with only Thea being left in the dust a bit, and Oliver’s and Felicity’s engagement frustratingly going nowhere. Even Thea had some interesting material in having to work through the Lazarus Pit-induced bloodlust however, which later contributes to creating one of this season’s better villains, Anarky.

Then there’s Laurel, who died. One of Season Four’s big hooks was that a member of Team Arrow was going to kick the bucket, something that was revealed with an unidentified grave in the season premiere last year. Even the showrunners didn’t decide who would die right away, as they later revealed in an interview, though despite it looking like Felicity would be the one Oliver had to bury, after a red herring twist in the midseason finale sees her shot up by Darhk’s men and briefly paralyzed (in a nod to Batman’s hacker ally, Oracle), it was actually Laurel who gave her life for the team in the end. This was pretty poignant and emotional, especially as Laurel found herself seeing a big career advancement and a renewed closeness with her father and revived sister (who is now a lead character on Legends of Tomorrow), right before she was stabbed by Darhk during an Iron Heights prison riot, and later died in hospital. Laurel’s earlier story developments this season weren’t anything special, but in the moments leading up to her death, she was given a great spotlight as a key supporting presence, and that made her loss all the more tragic, especially when it mainly occurs because Diggle didn’t heed Oliver’s warnings about Andy. 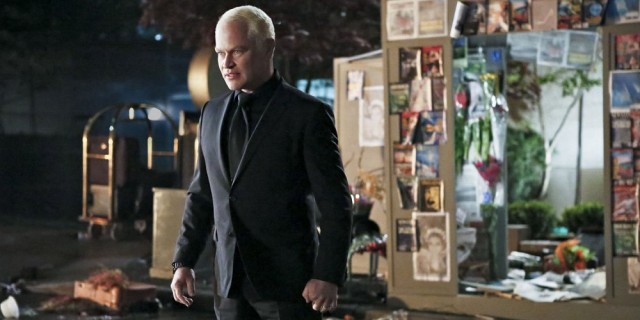 Considering that the show is trying harder to tie itself into the greater DC Television Universe that it inadvertently created now, there were obviously no shortage of recognizable villains from the printed panels either, even if some were better than others. The villain quality was overall improved from Season Three, if just barely, with the previously-mentioned Anarky being an entertaining psychopath in the later episodes especially, and Double-Down, a metahuman that opted for Star City instead of tangling with The Flash, also being a particular standout, even if he was sadly limited to one episode. Disappointingly, a lot of the one-off villains were pretty forgettable though, with the returning Bug-Eyed Bandit from The Flash feeling a bit wasted in an otherwise promising episode concept, and other one-offs from DC Comics like Demolition Team and Lady Cop also failing to make much of an impression.

Arrow’s character work saw lots of satisfying and emotional refinement in Season Four, but its over-arching plotlines need to be tightened and better-focused in Season Five. As interesting as the sorcery angle initially was, Season Five also needs to make sure it sets more clear-cut rules with its threats, rather than having a magical element that simply works however the script wants it to in any given episode. In trying to blow up the scale too much, Arrow kind of lost track of its initial appeal this season, that being portraying it as a more grounded, dark and street-level show about grounded, dark and street-level threats. The character drama and more upbeat tone did work as improvements this season, but Damien Darhk was a villain of diminishing returns, and by the end of the season, Arrow clearly didn’t know how to sustain its bigger ideas. Perhaps Season Five would benefit from a more grounded villain, and a more personal threat to Oliver, rather than Star City itself, since Arrow often shines the most when it portrays its tormented protagonist rising above a shady evil that we can strangely relate to in some fashion.

Arrow: Season Four Review
Arrow's fourth season had no shortage of good ideas, and at least shone with its heroes' emotional growth, but its over-arching storyline and over-ambitious magical twist had the season collapsing under its own weight towards the end.
THE GOOD STUFF
THE NOT-SO-GOOD STUFF
2016-06-01
76%Overall Score
Reader Rating: (0 Votes)
0%