Several companies have made a few announcements ahead of E3 today, with Square Enix outing PlayStation 4 remaster, Final Fantasy XII: The Zodiac Age of their own accord, Ubisoft deciding to formally reveal Watch Dogs 2 this Wednesday instead of at its E3 keynote next week, and Volition opting to unmask their new Saints Row successor, Agents of Mayhem early, but the pre-E3 period is also a time when certain high-profile announcements get leaked without their handlers’ say-so. It looks like we have our first big leak for E3 2016 too, as a poster that was meant to tie in with Microsoft’s E3 keynote next week has already made its way onto social media. You can check it out below: 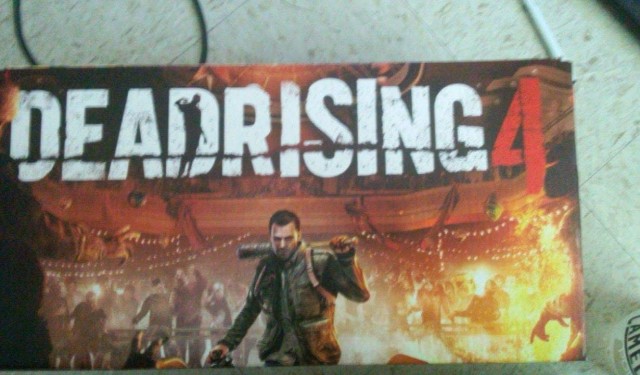 After thisgengames.com first reported on the apparent Dead Rising 4 announcement leak, Kotaku corroborated it, after seeing the same poster from a different source. Neither Microsoft nor Capcom has commented on the game yet, understandably, but it appears to depict the series’ original protagonist, reporter, Frank West, as he returns to the first Dead Rising game’s setting of Willamette, Colorado. Assuming that the poster is the genuine article (and it sure looks to be for now!), this pretty much gives away that Dead Rising 4 is set to be unveiled as a timed or permanent Xbox One/Windows 10 exclusive during Microsoft’s E3 keynote next week. Some speculation also suggests that it could either be a remake of the original Dead Rising, or possibly launch alongside a current-gen remaster of the original Dead Rising.

The series’ previous game, Dead Rising 3, served as a timed Xbox One launch exclusive (one that we were very fond of in our official review, declaring it the one retail launch exclusive for Xbox One that was worth picking up), before it made its way to PC the following year. The game never released for PlayStation 4 however, despite fan demand, due to Capcom reviving the original exclusivity deal that the first Dead Rising sported with Microsoft, making the true, fully completed version of the first Dead Rising game exclusive to Xbox 360 to this day, despite downscaled ports being made for mobile platforms and Wii. To date, the only truly multi-platform Dead Rising game is Dead Rising 2, which simultaneously released for Xbox 360, PlayStation 3 and PC in 2010, and is currently the only Dead Rising game available for PlayStation platforms, if you don’t count its spin-off, Dead Rising 2: Off the Record, which re-imagined the game with original protagonist, Frank West, rather than new protagonist, Chuck Greene.

Should Dead Rising 4 be announced next week, we’ll be sure to keep an eye on any developments with it, so keep shambling to Eggplante for all major news and updates on Dead Rising.