Despite Sony outlining most of their upcoming PlayStation 4 slate at E3 2016 last month, one conspicuous absence was Gravity Rush 2, the sequel to PlayStation Vita hit, Gravity Rush. Today, Sony finally clarified when we can get our hands on the gravity-defying follow-up, with Gravity Rush 2 releasing for PlayStation 4 owners on December 2nd in North America and the U.K., and hitting other European territories slightly earlier, on November 30th. 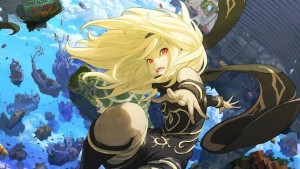 The release date announcement is accompanied by a new trailer, which shows off a new slice of gameplay from the perspective of protagonist, Kat, alongside Syd and Raven. New character, Angel is also demonstrated, who is a large part of the gameplay and story in Gravity Rush 2. Showing up to assist Kat, Angel is described as having an, “Aggressive” and, “Wild” fighting style, along with a crystallization ability that can even speedily heal her in a pinch!

Gravity Rush 2 will be offering an alternate white costume for Kat, as well as a nine-song sampler soundtrack, should you opt to pre-order the game. Sony is also releasing an anime tie-in for Gravity Rush 2 called, “Gravity Rush: The Animation – Overture“, which will help to bridge the gap between Gravity Rush and Gravity Rush 2 with a new storyline. The anime is being overseen by Studio Khara.

Keep flying to Eggplante for all major news and updates on Gravity Rush.