Animal Crossing: New Leaf has been available for Nintendo 3DS and 2DS owners since 2013 here in the West, and since 2012 in Japan, but even so, the game remains one of the most frequently played and beloved Nintendo 3DS titles, probably second only to the various Pokemon entries on the handheld. Because of the continued fan support, Nintendo is responding by making a big addition to the game; Amiibo functionality. 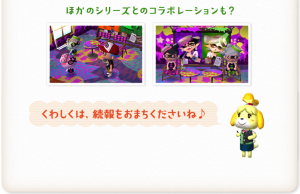 Keep settling at Eggplante for all major news and updates on Animal Crossing.