The next six PlayStation Plus games for August go live this coming Tuesday, August 2nd. Thus, if you have yet to redeem July’s free games, Saints Row: Gat Out of Hell, Furi, Call of Juarez: Bound in Blood, Fat Princess, Oreshika: Tainted Bloodlines and Prince of Persia: Revelations, you have until then to do so, before they return to their original paid prices for PlayStation Plus members. As usual, you must have and maintain an active PlayStation Plus membership to redeem and play any free game rewards at any time, on any platform.

Tricky Towers is a competitive puzzle game that can be played solo, but is ideal when enjoyed locally or online with friends. The game has players competing to stack a tower as fast as they can, while turning magic spells on their opponents to give them an edge. The game comes via WeirdBeard Games, and aside from PlayStation 4, will also release on August 2nd for PC via Steam. 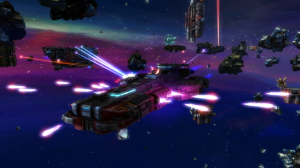 Rebel Galaxy is a combination space shooter/simulation game, a loose blend of old arcade shooters, and vintage space sims like Freelancer, where players both defend themselves against hostile spacecraft, and pursue their own career agendas. Players can expand beyond combat by undertaking side activities in the game, such as being pirates or bounty hunters, allowing them to amass more resources with which to improve their arsenal. Rebel Galaxy received fairly good reviews in its console builds, with critics praising its streamlined spin on space sims, though the game was also criticized for being full of grinding. Rebel Galaxy is also available for PC, Mac and Xbox One.

Yakuza 5 originally released in Japan in 2012, and came rather late to the West at the tail end of 2015, but it nonetheless presents one of the latest evolutions of Sega’s beloved open-world crime drama franchise. This PlayStation 3-exclusive sequel once again places players in a large Japanese area, now divided into five distinct locales, and once again has them taking control of Kazuma Kiryu, now making an attempt to live honestly, before inevitably being pulled back into the world of the Yakuza. Yakuza 5 was extensively praised for its storytelling, wide array of activities, and exceptionally refined combat system in both Japan and Western territories, even if it was also criticized for technical and presentation issues, which many critics blamed on the game being restricted to the long-in-the-tooth PlayStation 3, particularly in the West.

Retro/Grade is a rhythm-based space shooter that can be played with either a standard Dual Shock 3 controller, or a PlayStation 3-compatible guitar controller. The game has players taking control of ace pilot, Rick Rocket, as he must fly backwards through his previous space battle to preserve the integrity of time. Retro/Grade was praised by critics upon its initial release in 2012, for its innovative concept and brilliant blend of gameplay and soundtrack, though some criticized the game for its lack of depth and lasting value. Retro/Grade is also available for PC.

Patapon 3, a PlayStation Portable-exclusive game, is the third and latest entry in Sony’s and Pyramid’s rhythm/strategy game series, where players rhythmically tap buttons to issue divine commands to their Patapon armies. The new additions to the game include a four-way competitive battle mode, as well as the player now being represented by a ‘superhero Patapon’ in the game. Patapon 3 was praised for maintaining the series’ usual creative gameplay and strategy, though received significantly less accolades than its two predecessors, namely due to a diminished fun factor and presentation.

Ultratron is available not only on PlayStation Vita, but also PlayStation 4 and PlayStation 3, with a redemption/purchase on any of these platforms securing you the other two PlayStation builds for free! Loosely adapted from arcade classic, Robotron 2084, Ultratron has players moving across a battlefield and using the right analog stick to shoot up legions of evil robots and bosses, in an effort to defend themselves for as long as they can, and accrue the highest score that they can. Ultratron received decent praise when it initially released in 2015, with critics praising the slick presentation, smooth controls and addictive gameplay, though the game was criticized for a lack of variety, alternate modes or lasting value. Ultratron is also available for PC, Xbox One and Wii U. 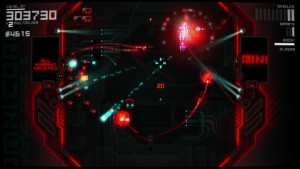 All in all, even if August’s Games with Gold rewards on Xbox platforms are better this year, this is a decent month for PlayStation Plus freebies, especially since many of the games on offer are underrated sleeper hits. Yakuza 5 is a standout treat for PlayStation 3 owners that can snag it for free, thanks to its very robust and enjoyable gameplay that also spotlights a very underrated open-world crime series. Tricky Towers also sounds like it will be solid fun for social gamers, and while otherwise-enjoyable games like Retro/Grade and Ultratron can sometimes be betrayed by having to pay for a simplistic set of content, it’s a lot tougher to complain about that when these games are awarded for free, especially when Ultratron is cross-buy on PlayStation. Patapon 3 and Rebel Galaxy are both games that aren’t for everyone, and are the two weak offerings in the bunch, especially with Patapon 3 being yet another last-gen PlayStation Portable game that’s being passed off as a PlayStation Vita reward, but you certainly don’t lose anything by trying them out for free either.