Do you ever encounter one of those bad movies that you know is awful, but at the same time, you just can’t be angry at it? That’s Mechanic: Resurrection in a nutshell. It’s pretty bad, sometimes even downright terrible, and maybe even a little cynically made, given that it’s clearly a phoned-in action movie sequel for ever-appealing star, Jason Statham. At the same time though, there’s such a naked, goofy honesty to this movie, that you can’t help but feel like you should know what to expect going in. True hatred will only be your reaction if you make the silly mistake of taking the experience seriously, and really, considering that this is a five-year-on sequel to a throwaway 2011 January action movie remake that didn’t even do that well with critics or at the box office, why in the world would you do that? 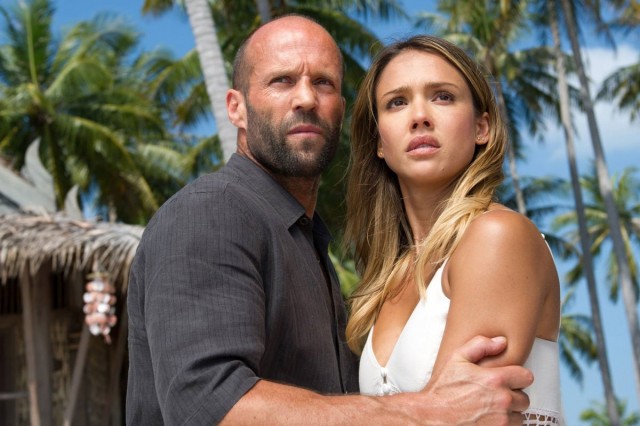 To that end, what is there to really assess about Mechanic: Resurrection? It’s exactly what you think it is. It’s a stupid, brainless, vaguely derivative, but still hard-hitting action movie that is disposable, but cool while it lasts, and carried entirely on the shoulders of Statham. In fact, this movie proves more than anything else in his lengthy action movie career that Statham is capable of carrying an entire action flick by himself. Without him, this movie would be a trainwreck. With him, it’s a ridiculous good time for action movie enthusiasts that will be forgotten immediately upon exiting the theatre, beyond a handful of genuinely great scenes, but in terms of appreciating so-bad-it’s-good entertainment with your buddies, you really can’t go wrong with this simple-minded cheese.

Jason Statham’s Arthur Bishop, the expert assassin with a panache for killings that look like accidents, is the only character from the original movie that returns for Mechanic: Resurrection, fittingly enough. Everyone else is entirely new, and true to form, Bishop is the only character that ever feels like he matters. Everyone else serves as either a plot device or a talking head, and that’s of course taking into account our petty villain with a grudge, Riah Crane, played by Sam Hazeldine, who is given nothing else to work with beyond that.

It’s inevitable that the target audience of Mechanic: Resurrection isn’t looking for depth though, so what can you expect? The characters get the job done, and they do little else, and that’s fine, if you’re just looking to see Jason Statham crack skulls, as he does so well. Even Jessica Alba’s love interest character, Gina, a military woman who forsakes her years of combat training in favour of being a damsel-in-distress throughout the entire movie (seriously), is flat as cardboard, with Alba delivering a listless performance to match. Michelle Yeoh has some decent delivery as Bishop’s convenient friend in Thailand, Mei, but she’s not in the movie enough for it to truly matter. The same is true of Tommy Lee Jones, who shows up all the way in the third act as a crucial character, but feels so tacked-on that you can practically sense the filmmakers waving Jones’ easy paycheque just off-screen. 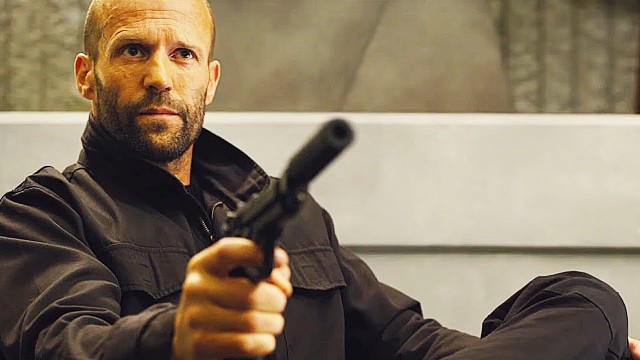 Again though, Bishop feels like the only character who truly matters, since he’s the character doing the ass-kicking. Statham’s usual skills and charisma carry the entire production, and considering how much Statham has been branching away from his usual leading man action catalogue lately, there is a bit of comfort in seeing him get back to basics. Mechanic: Resurrection is the very definition of basic, proudly leaning on silly cliches and non-sensical plotting in the exclusive service of Statham dropping bodies, but if that’s all you’re paying to see, it’s difficult to feel like you were ripped off, since you certainly will get plenty of that in this movie!

The most hilarious thing about the clearly phoned-in story to Mechanic: Resurrection isn’t that it checks off almost every Jason Statham-approved action movie cliche, nor is it that the fact that not a single plot element holds up to even the slightest bit of mental scrutiny, nor is it the fact that the characters and their motivations have no consistency or true logic. The most hilarious thing about the story is that it’s stolen wholesale from another Jason Statham movie! Remember 2011’s Killer Elite? Granted, most of you probably don’t, as it was another throwaway actionfest for Statham, but that was another movie where Statham’s character has someone important to him kidnapped by a villain, and must then assassinate three people for the villain to free the hostage. The cherry on top? In Killer Elite, Statham also had to make the killings look like accidents. Poe’s law. You just can’t make this stuff up! 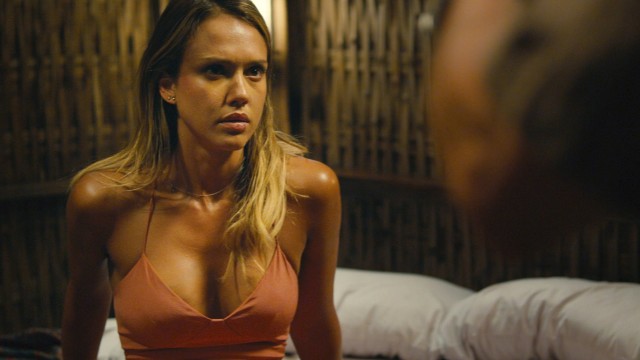 Whether intentional or not, if you’ve seen Killer Elite and its identical premise, Mechanic: Resurrection only becomes funnier. It shouldn’t, but that’s the magic of a good, cheesy Statham-approved action movie. Some minor details are changed, and this movie is a sequel to another movie, for what that’s worth, but even the storyline feels like it’s just creating a bare-minimum excuse for Statham to show off his skills, and in a few choice shirtless scenes for the poor ladies that are dragged along by their action-craving boyfriends and husbands, his muscles.

Besides, as cheesy, derivative and illogical as the movie is overall, there are certain story beats that are genuinely cool. There’s something of a minor heist element to the movie when Statham carries out the first two of the mandated three killings (if you think you can see the twist with the third killing in advance, then congratulate yourself for still having a functioning brain stem), and the requisite count of large-scale one-man army Statham brawls are nicely broken up by enjoying some legitimately cool, if unrealistic scenes of how exactly Statham corners and takes out his prey. Then you get other scenes where Statham jumps fifty feet onto a hang glider though. This is not a universally cool movie, but considering the many, many issues with this barely-existent storyline, it’s nonetheless appreciated that there’s a few more cool moments beyond Statham punching henchmen.

Mechanic: Resurrection is helmed by a new director, Dennis Gansel, a German action/thriller helmer who has made several B-movies that largely only released in Germany. Why is Gansel suddenly helming a Statham-approved action flick primarily made for North American and British audiences? Presumably because he was the one director that didn’t have anything better to do at the time. I suppose that’s fair enough. 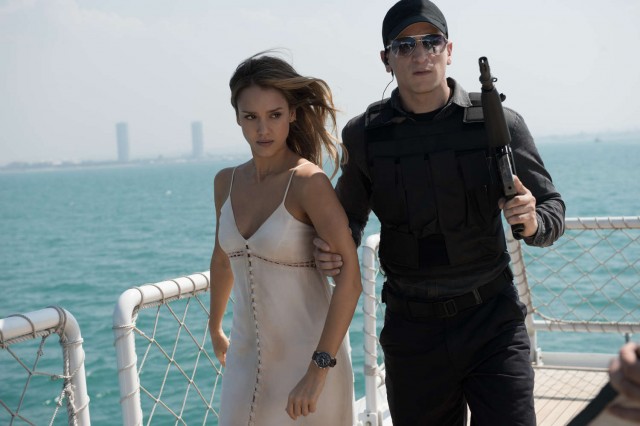 Gansel’s direction is serviceable, if also pretty choppy, and the later reaches of the movie especially have several moments of weird, jerky editing that sometimes drag down the climactic action scene in particular. One upside to Gansel’s new direction however is that it strips away the occasional unmerited self-seriousness of the original 2011 movie, and purely cashes in on simple, giddy action schlock, giving interested audiences exactly what they paid for, and not a modicum else. Mechanic: Resurrection is considerably stupider than its already fairly stupid predecessor, but it’s also more fun if you don’t take this movie seriously, so take from that what you will.

Mechanic: Resurrection is objectively a bad movie, but I don’t think it was ever even trying to be a good movie. That should be infuriating, but it’s not, because this unnecessary, though still ironically enjoyable sequel knows what it is, knows what Statham-loving audiences expect from it, and just runs with that. Like I said, it’s difficult to feel ripped off when you’re just paying for a ticket to see Statham bust heads. You do get plenty of that, so what’s there to complain about? That is, of course, unless you’re actually expecting something from this movie beyond that, in which case, I don’t know what to tell you. Well, alright, I do. Don’t see Mechanic: Resurrection. It’s not made for you.

The movie has flat, uninteresting characters, a storyline that is not only completely non-sensical, but stolen from a whole other Jason Statham movie, and the direction in any scenes that aren’t action scenes ranges from listless to sloppy. Even some of the action scenes are strangely edited, and don’t feel like they have a lot of polish. Still, as much as this feels like a direct-to-DVD sequel that somehow got Statham back and was somehow approved for theatres, against the odds, Mechanic: Resurrection succeeds as a dopey action flick, even if it also succeeds at literally nothing else. 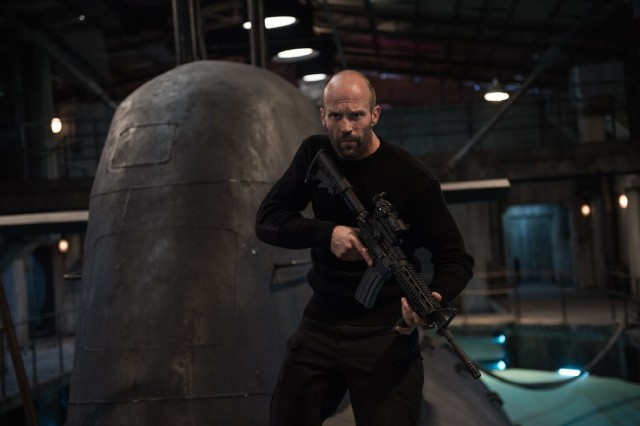 Is that enough? Well, that depends on you. If you know what to expect from your Statham-approved action flick, and you don’t need any other toppings beyond that ass-kicking you primarily want to indulge in, then Mechanic: Resurrection is a solid movie to see with a group of buddies, preferably at home with a digital rental and with quite a bit of beer, though a theatrical trip could be just as fun, if you know what you’re getting into. Anyone that falls outside of that group of easily-amused action buffs will find this movie insufferable, so I guess that makes Mechanic: Resurrection an unlikely success for its intended audience, if you boil it down to its simplest parts, and are content with that.

And if that’s all too much to consider for you, then all you need to know is this; Jason Statham kills a lot of people, looks like a badass as he does it, and you do get to see Jessica Alba in a bikini. Satisfied? There’s your answer.