The Flash ended its second season with the lofty promise of delving into one of the most beloved comic book storylines of all time for the character, Flashpoint. Spawning a whole alternate-universe take on DC lore, Flashpoint began as a Flash-centric story, but later involved new takes on many major DC personalities, up-ending the DC Universe as comic book fans knew it, often for the worst for many of the universe’s heroes, on account of one simple action from Barry Allen. This same idea has equal promise for The CW’s DC Television Universe as well, which now officially comprises four shows, all of which could be drastically affected by Barry screwing with the timeline by saving his mother’s life in the past.

The third season premiere for The Flash, aptly titled, “Flashpoint”, immediately dives into the fallout of Barry saving his mother from her murder at the hands of Reverse Flash, which, as with DC Comics lore, has now created an entirely new alternate timeline for the DC Television Universe. As exciting as this prospect is though, it’s all entirely contained in one episode, which is rather shocking, and highly disappointing. There is the promise of fallout from the temporary creation of the alternate timeline causing ripples in the present canon for the DC Television Universe, initially teased with the episode rounding off by the revelation that Iris now hates her father for reasons unknown, but the alternate timeline itself feels far too rushed and poorly fleshed-out. Many elements of The Flash’s cast and lore are completely glossed over in the constrained hour-long space, and not showing what may have happened with the Arrow cast in Star City at the very least, let alone the affairs in Legends of Tomorrow, is a colossal missed opportunity. 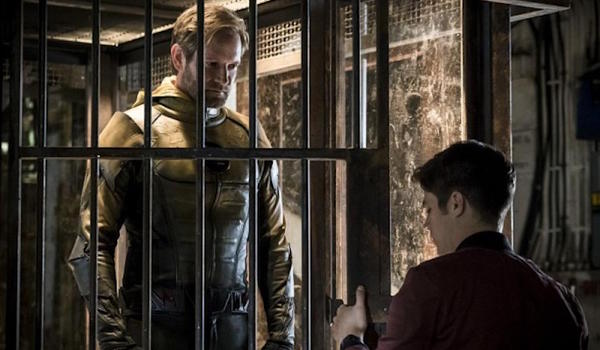 Fortunately, as a side chapter for Barry’s character, this episode still worked very well, even if the alternate-timeline story felt rushed through. In a way, this TV adaptation of the Flashpoint saga from DC Comics is especially interesting, in that it’s almost an ‘anti-Flashpoint‘, with the timeline now seeming to be happier and healthier for Barry, and most of his friends all seem to be doing fine as well. Iris still has her job at CCPN, Caitlin is now a pediatric eye doctor (again, not divulging the status of Ronnie Raymond is a missed opportunity), and Cisco, best of all, is a multi-billionaire with an extremely successful tech business that even bought out S.T.A.R. Labs. Wally has even become the alternate timeline’s Flash, called ‘Kid Flash’ by the media and his buddies, much to his chagrin (albeit referencing his original moniker from DC Comics lore), with Central City seemingly only suffering one major metahuman threat at this point, The Rival, the original arch-nemesis of the Golden Age Flash, Jay Garrick in DC Comics lore. The major side effect is that, beyond the West family being together, none of the lead characters properly know each other. Hell, Harrison Wells isn’t even brought up at all, piling on more missed opportunities for this idea.

The episode touches on a very interesting idea with this new timeline, in that Barry is punishing the universe itself for his own personal gain. Our previous perception of Barry and Reverse Flash, with Barry secretly holding Reverse Flash captive in an abandoned warehouse, having somehow gotten ahold of speed-dampening glass (really?), is thrown for a loop, since Reverse Flash is now the best hope for the universe to set itself right, particularly as Barry’s memories and speed from the former timeline begin to fade. Surprisingly, Barry never truly deliberates staying in this happy universe where his parents are alive either. Once his speed starts getting finicky, he immediately wants to restore order to the timeline. That’s really all it took? As much as the episode tries to paint Barry as being at peace with Wally being the new Flash, and the world no longer needing him to be a hero, it never really rings true, since Barry immediately panics and wants to change things the second that he’s truly threatened with losing his memories and abilities as The Flash. 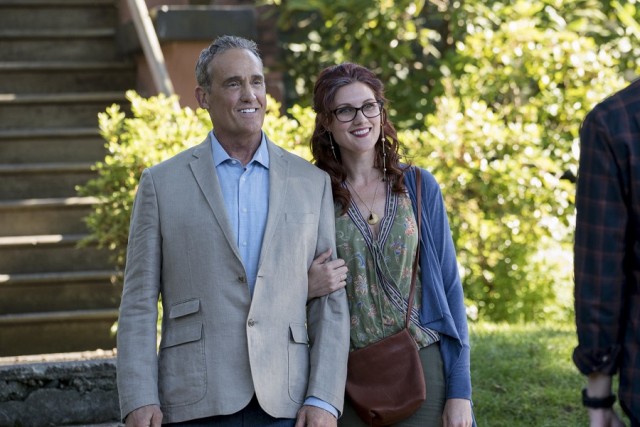 Ironically, Arrow in particular has sometimes had to suffer to accommodate the fact that it can’t create ripples so big that it disturbs the canon of the other shows that it has to share a universe with. In this case though, it was The Flash that really suffered from not being able to effectively screw with the canon of Arrow or Legends of Tomorrow. If those shows suddenly acted like Barry was never The Flash, viewers that only watch Arrow and/or Legends of Tomorrow, but not The Flash (despite The Flash easily being the strongest of The CW’s four DC shows), would be really confused. This idea would even affect Supergirl, even if it’s still currently existing in its own ‘bubble universe’ for now. Fact is, Barry still visited that universe, so the characters on Supergirl should still have a clear memory of him. Maybe, it would have been a better idea to have this alternate timeline unfold across December’s four-show crossover, where it could be properly realized. I suppose that would sort of act like The Flash takes precedence in the DC Television Universe though, even if there would be cause for that, since it’s the highest-rated and best-received DC show on The CW at present.

Regardless, there’s some fun to be had with seeing the rich Cisco, the arrogant Wally version of The Flash, and the mundane new job for Caitlin, plus the way that Barry forces the team together again, despite them not knowing each other, has some fairly amusing moments. Caitlin was particularly funny, despite having arguably the least bearing on the story, especially when she asks Wally if she’s been kidnapped, and he simply responds, “Unclear.” The drama that ensued from Iris realizing that Barry is telling the truth, and truly loves her in the previous timeline, is a bit hokey by contrast, especially when it leads to a rather improbable defeat for The Rival when Barry teams up with Wally towards the end of the episode, though the mortal wounding of Wally as a consequence for Barry’s actions worked pretty well. It certainly worked better than Detective West somehow becoming a drunken layabout for literally no reason. This might have been fine if the episode had given a clear explanation for this, but it’s hard to sympathize with West when he doesn’t seem to have any clear motive to bury himself in a bottle, especially when Wally and Iris both seem to be leading great lives, and West still has his job with the CCPD. 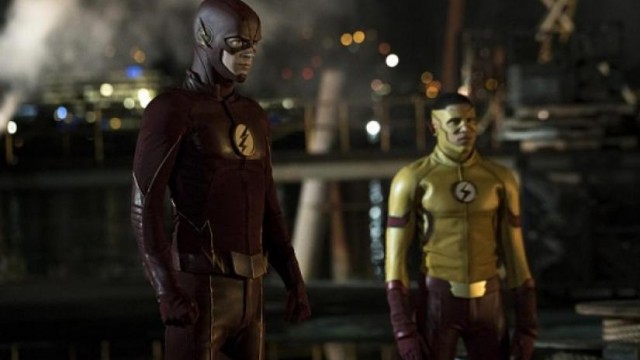 If it sounds like this explanation for how things unfold is a bit of a mess, well, the episode itself feels like a mess of ideas that never truly gels into a satisfying whole. That’s very frustrating, but is perhaps an unavoidable obstacle that the showrunners ran into when they realized that they couldn’t really upend the timeline of two, maybe three other shows on The CW. Perhaps the fallout will be better for The Flash’s third season, and the tease of the proper timeline’s Rival, who is presumably not The Rival yet, being contacted to, “Wake Up” by one of DC’s frequent Flash nemeses, Doctor Alchemy in the epilogue, does present good promise to come.

For now though, “Flashpoint” is unfortunately a pretty hefty disappointment, even if it’s still a decent episode of The Flash. The Barry material worked great for the most part, as Barry must yield to time and its harsh rules in the end, but the exploration of a life that could have been, and the question of whether that’s truly a better life for the DC Television Universe, is one that the show clearly isn’t able to answer. The alternate timeline was kind of a bust in the end unfortunately, though hopefully, its resulting fallout can at least create some interesting and unpredictable new scenarios to look forward to in this latest third season for The Flash.