This week’s episode of Gotham, “New Day Rising” more or less served as an unofficial second half to the Mad Hatter storyline that began in last week’s episode. With Alice Tetch now in the custody of the GCPD, Gordon finds himself dealing with a lingering threat from his encounter with Jervis, while Penguin continues to work tirelessly to secure himself the mayorship. The Penguin plot in particular makes the episode’s title pretty apt, though for the most part, the bulk of the episode centered on wrapping up the ongoing battle against Tetch, who is now joined by more recognizable foes of Batman from DC Comics lore this week.

Predictably, the new villains come in the form of Tweedledum and Tweedledee, along with some more siblings for the so-called ‘Tweedle family’, more Lewis Carroll-inspired antagonists that have squared off against Batman on numerous occasions throughout DC Comics lore. The Tweedles end up being simple hired muscle for Tetch, though they do make a fairly grand entrance to the Gotham universe, namely by helping to spearhead an invasion of the GCPD building so that Tetch can take back Alice. 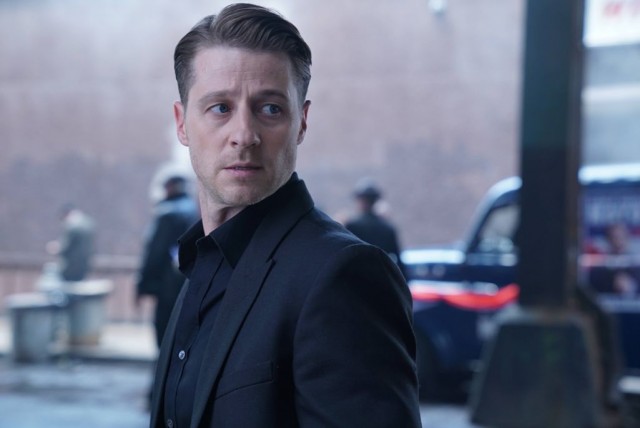 Speaking of Alice, she served to flesh out the remainder of Tetch’s increasingly twisted character, heavily implying that her brother has an incestuous attraction to her, and that’s the main reason why he’s obsessively seeking her out. Alice’s blood condition was also given another wrinkle, with Alice claiming that Tetch believes the blood brings out a person’s true nature, which feels like a far cry from the zombie-like reaction that resulted from Alice’s thuggish landlord. Still, this twist creates an interesting angle for Barnes, who is finally given an interesting turn for this show’s third season, as a bit of Alice’s blood eventually gets in his eye towards the end of the episode, on account of Alice being impaled during the final scuffle with Tetch and killed, resulting in the episode ending as Barnes’ face appears to show signs of infection. Does this mean that Barnes is going to go into zombie mode next week? Probably not, though it will be interesting to see how Barnes’ hardline heroism comes out with the blood’s influence, if Alice’s claims are true.

Gordon, meanwhile, faces his own big conflict this week, which continued to work fairly well. The after-effects of Tetch’s hypnosis have Gordon trying to commit suicide every time he hears anything resembling ticking, and this leaves him desperate to find Tetch so that he can reverse his ‘condition’. All the while, Gordon has to confront his feelings for Leslie, after being narrowly saved by Barnes from more Tetch hypnosis during the GCPD invasion by Tetch and the Tweedles, which seems to suggest that the romance between these two isn’t quite over. Again, I wish that Gotham didn’t seem to ditch Valerie Vale in the wake of Leslie returning to the series, even if I doubt that we’ve seen the last of Valerie this season. When the show lays the romance teases between Gordon and Leslie so thick again however, it does smack a bit of the storytelling moving backwards. 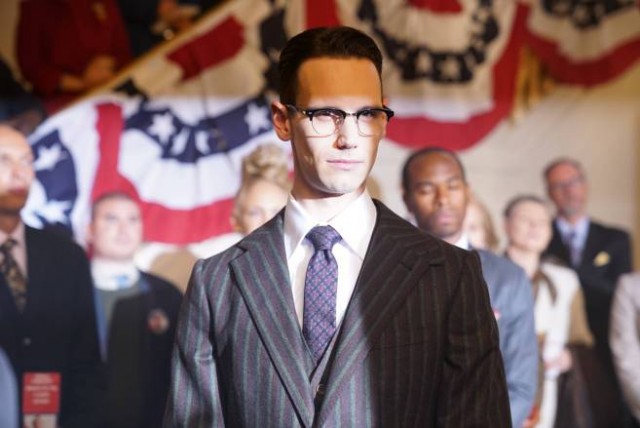 For the most part, the Penguin plot was once again among this episode’s strongest storylines, with Nygma learning that Butch is paying off election officials to secure votes for Penguin. After Nygma tries to point out Penguin’s lack of ethics and doubt in his own abilities, it causes a temporary rift between the two, to the point where Nygma even forces the officials to give the bribery money back. This nearly has Nygma being killed by Butch after Penguin learns this news, though surprisingly, Penguin wins the election without bribery, and this results in Penguin promoting Nygma to being his Chief of Staff. Penguin punishing Butch for doing as he was told felt a little unfair, particularly for the standards of him being an honourable character, but it was nonetheless a nice turn to have Nygma’s belief in Penguin signify a true friendship that brought out the good in Penguin in the end, despite these two eventually becoming among the biggest villains in Gotham City by the time Batman is patrolling the streets in the future.

The future Batman also kept quite busy this week, though his arc felt like the episode’s weak point, sadly. The Bruce clone hangs out with Selina a bit, even bailing her out of a jam, at which point, Selina learns that the ‘Bruce’ she’s been hanging out with is a fake. The clone then simply calls Bruce and Alfred to his location, and jumps away, seemingly to leave Gotham City forever. Before the clone escapes successfully though, he’s drugged and kidnapped by the Court of Owls, for reasons unknown. The Court of Owls taking the clone has some interesting promise, but the whole clone storyline just ended up feeling like filler in the end, and didn’t add anything to the episode, or to Bruce’s ongoing character. All he really did for Bruce was making Bruce wonder if Selina would kiss him, since the clone kisses Selina successfully. That’s it? Surely, Bruce has bigger fish to fry, especially since he should already be aware that Selina has some level of attraction to him by now.

In any case, “New Day Rising” found a smart way to put Penguin in office, and wrapped up the Mad Hatter conflict to reasonably good effect. Gordon having to face and overcome his demons helped to nicely cap off the battle against the Mad Hatter, along with building a new bridge with Leslie, and the promise of something finally happening with Barnes in the next few episodes is also a breath of fresh air. Most of all though, I’m very interested to see what kind of mayor that Penguin turns out to be. Gotham City is still many years out from having a Batman to defend it. In the meantime, will Penguin ironically become the hero that the city needs right now?