Lucifer had a rough week last week, suffering from a somewhat disappointing episode, something that the show has largely avoided since the earliest reaches of Season One. Fortunately, the series got right back on track this week, with a much better offering, “Lady Parts”, which currently stands as one of the funniest and most entertaining offerings of Lucifer’s second season so far!

This week’s case-of-the-week was a lot better, involving Lucifer and Chloe having to track the movement of two dead girls that wound up in highly separate locations. The plot quickly thickens, as the girls, who are L.A. transplants from Nebraska, are believed to be sex workers, involved in some sort of illicit dealings that got their stomachs damaged from some sort of new drug. This also plays nicely into an over-arching theme of this episode, distraction, which actually involves the show’s entire main cast in a really superb, highly satisfying way! 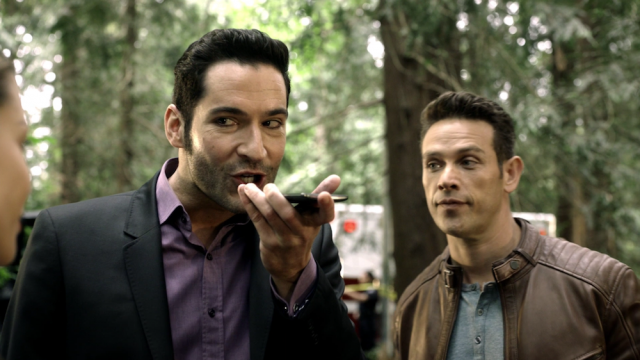 Considering that Chloe is now dealing with an impending divorce, Amenadiel is dealing with the stress of losing his angelic affinity, and Lucifer is still dealing with the stress of keeping his mother on Earth and hoping he doesn’t incur the wrath of God in the process, the time is certainly right for a big episode that was full of partying. This created a very interesting story inversion, as uptight characters like Chloe and Amenadiel were the ones most getting into the fun this week, while the loose and liberal Lucifer and Maze, among others, had to bear witness to the shenanigans of their allies.

Things properly kick off in this regard when Lucifer decides to help Chloe along when it comes to getting over her multiplying worries, so he makes a wager with Maze to compel Maze to take Chloe out drinking. Ella even comes along, after Lucifer successfully convinces her to come to Lux, and Maze even summons Linda, whom she has been most chummy with lately. I’m glad to see that my speculation about Ella becoming a larger part of the show’s ensemble appears to be accurate, since Ella formed a fast friendship with both Maze and Linda in this episode, within a hysterical girls’ night sequence that has to be seen to be believed. 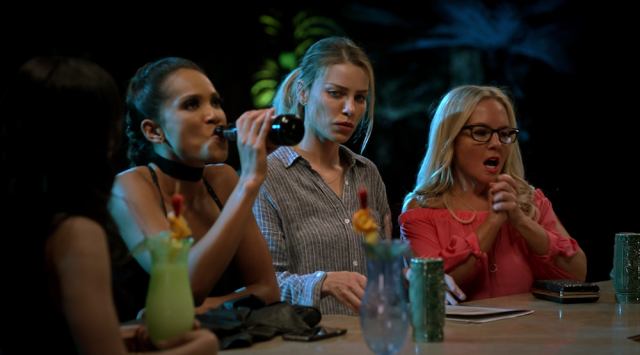 The girls’ night with Chloe, Maze, Linda and Ella was easily the highlight of the episode, particularly as we see Chloe’s unfortunate drunk disposition, including some hilarious imitations of Lucifer. Not even that much alcohol is enough to get Chloe out of the mind of police work though, since she keeps on questioning witnesses and finding leads, even when she can barely stand, still nicely highlighting how doggedly determined she is as a cop, even when off-duty. The fun doesn’t stop though, as the girls get into a huge brawl when Chloe attempts to question a witness, which offers probably the funniest sequence of comedy that Lucifer has delivered all season so far! This show normally doesn’t struggle to be fun, but a lot of that is due to Lucifer himself, so it was incredibly satisfying to be able to enjoy such a well-executed, hilarious scene without Lucifer even needing to be present in it!

Lucifer doesn’t avoid the entertainment however, as he instead goes off with Dan and Amenadiel, after Linda recommends that Amenadiel stop over-thinking to get his abilities back (humourously mistaking Amenadiel’s vague concerns for an erectile dysfunction disorder), and this leads to Amenadiel becoming the same sloppy drunk as Chloe. Chloe’s scene is funnier, though the guys still get a chance to crash a sleazy sex party, which puts them on the final stretches of the trail for this week’s killer. 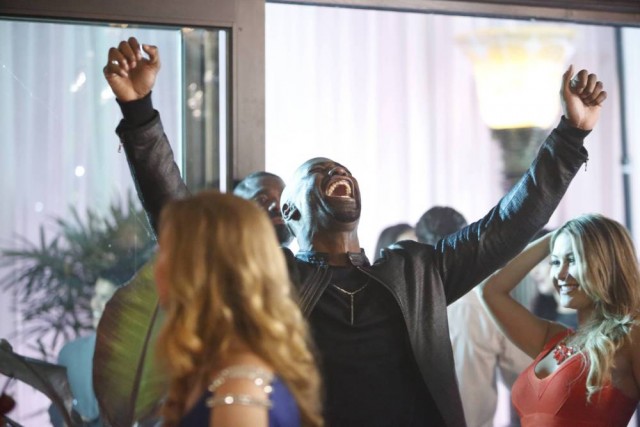 The revelation that the girls were murdered by their neighbour and sorority sister that moved to L.A. beforehand was a fairly decent twist on paper, though the woman’s motive was pretty questionable, an issue that Lucifer still struggles with in regards to its killers at times. Apparently, the murders occurred because the woman was jealous of not being as attractive, or being put upon, or not making it in L.A., or… Something. She basically spouted off a whole bunch of nonsense while holding a box cutter to Chloe’s throat, though is quickly and easily disarmed.

It’s difficult to dwell on another flimsy killer when the episode’s ending makes up for the faulty motive so well too. Chloe learns that she drunkenly agreed to let Maze move in with her at girls’ night, during the one half-hour that she conveniently didn’t remember, which not only fittingly solves Chloe’s divorce and house worries, both for herself and Trixie, but also presents all sorts of storytelling promise down the line, particularly the fresh new dynamic with Maze. Meanwhile, Amenadiel warns Lucifer that trying to massage the truth in his deal with God, which was apparently made to protect Chloe’s life, is a bad idea, and that’s really hammered home when Chloe gets in a car accident at the very end of the episode, in something of a cliffhanger ending. Obviously, Chloe isn’t dead, since she’s a series lead, but the idea that God Himself is now out to get her is something that should present a fresh batch of concerns for Lucifer and Amenadiel alike, and also for Mama Morningstar, who largely sat out this week, beyond being the butt of a few gags. 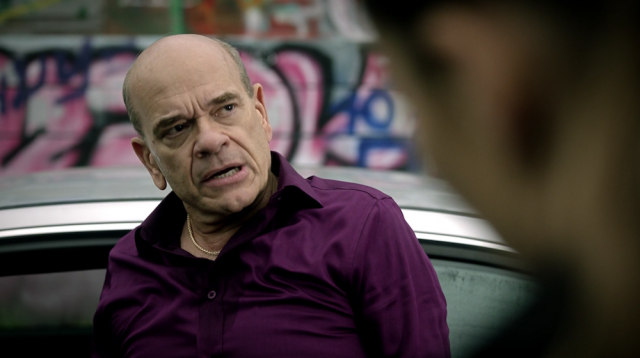 “Lady Parts” was a fantastic episode of Lucifer, and made up for the stumbles of last week’s episode in spades! The idea of having Chloe and Maze share a living space is actually excellent, particularly with Trixie getting the chance to hang out with both of them at the same time, and Chloe seemingly becoming a target of God’s wrath is also something that presents lots of exciting promise for the future. Even then though, it was great to have an episode that was so good at showing these characters unwinding and having fun. The humour was especially strong this week, and even if the case-of-the-week fumbled with another flimsy killer, at least the journey through it had a good amount of twists and turns. More than being back on track, Lucifer is even riding an especially high note now, so let’s see how long it can sustain it!

Lucifer 2.4: "Lady Parts" Review
Lucifer compensated for its stumbles last week with an especially excellent episode this week, leading to fun and frolics for all of the leads within a fairly compelling case-of-the-week!
THE GOOD STUFF
THE NOT-SO-GOOD STUFF
2016-10-18
91%Overall Score
Reader Rating: (0 Votes)
0%