There have been no concrete story details confirmed for either movie yet, which will allegedly cap off Pixar’s current sequel/prequel plans, before the studio desires to go back to pioneering more original movies. The Incredibles director, Brad Bird is confirmed to return to direct The Incredibles 2 however, which he teases will feature several dropped story ideas from the first movie, while Toy Story director and Toy Story 2 co-director, John Lasseter will return to direct Toy Story 4. Tom Hanks, Tim Allen, Joan Cusack and other series mainstays are confirmed to return to their voiceover roles in Toy Story 4, while it’s also believed that most of the cast of The Incredibles will reprise their roles for the sequel. 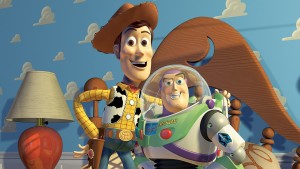 Pixar is scheduled to release two movies next year, with another sequel, Cars 3 hitting theatres on June 16th, 2017, before an original movie, Coco releases on November 22nd, 2017. Pixar executives are also known to occasionally assist with animated productions at the in-house animation studio of Disney, which has seen a huge array of massive successes in recent years, likely due in no small part to Pixar’s creative assistance. Pixar, meanwhile, saw a bit of a quality slump in several of this decade’s earlier years, though the studio rebounded with last year’s critical and commercial sensation, Inside Out, and achieved equal success with this year’s critical darling and box office smash, Finding Dory.

Keep playing with Eggplante for all major news and updates on Pixar’s movies.