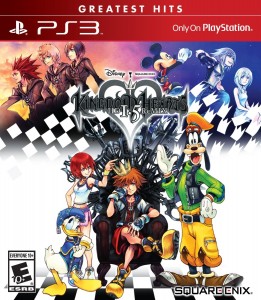 Kingdom Hearts HD 1.5 Remix and Kingdom Hearts HD 2.5 Remix were previously both exclusive to Sony’s last-gen PlayStation 3, releasing at the tail end of 2013 and 2014, respectively, and both were oft-demanded by fans for a PlayStation 4 revamp. The large PlayStation 4 compilation didn’t have specific additions detailed over the former two PlayStation 3 packages, though it’s a safe bet that they’ll boost the presentation to native 1080p HD resolution at the very least, along with adding the PlayStation 4’s built-in sharing and streaming functionality, of course. 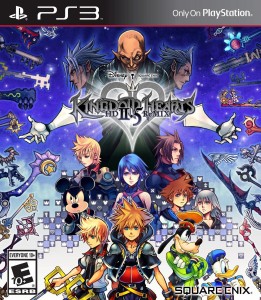 Kingdom Hearts III meanwhile, still doesn’t have any kind of release window set at this point. That game is in development for PlayStation 4 and Xbox One, and will mostly comprise new Disney-themed worlds, as well as run on Unreal Engine 4. Some sporadic gameplay footage has been shown at various expos and events, but most of the game still remains a mystery. Square Enix did offer a small bit of consolation though, confirming that Kingdom Hearts protagonist, Sora will be offered as free DLC in their recent cutesy RPG throwback release, World of Final Fantasy, for a limited time this Winter.