Superstore aired its first Halloween-themed episode this week, and it was certainly one for the highlight reel! “Halloween Theft” presented a standout supply of gags throughout the entire episode, as well as several very clever storylines that maximized the full comedic potential of the Cloud 9 team. This episode officially ousts, “Spokesman Scandal” as Season Two’s current high point, and it’s great that the show is observing the Halloween occasion on such a high note!

The episode begins with a humourous opening segment that has the employees pressuring Dina into a Halloween costume, particularly when she learns from Sandra that Sandra has come dressed as her. Unfortunately, we don’t get to see the outstanding comedic possibilities of the real Dina working off of Sandra portraying Dina for Halloween, which is perhaps the only small nitpick in an otherwise fantastic episode of Superstore, but we do get to see Dina grab the first costume off of a rack to appease the employees, which turns out to be a sexy policewomans’ outfit that deftly accentuates her ample breasts. 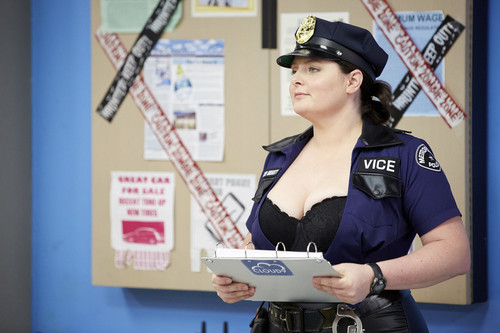 Immediately, the idea of the other Cloud 9 workers being thrown for a loop at Dina suddenly looking surprisingly flattering in a sexy Halloween costume presents lots of funny possibilities, but the episode truly amps up when Dina discovers that some irregular produce has been stolen by an unknown employee. This has Dina going to massive lengths to identify the culprit, including having interrogations with all of the Cloud 9 employees. We don’t see every last one, but the ones we do see make for a very funny montage, containing gags such as Jonah interrogating himself, Glenn being unable to sit down due to his ridiculous hot dog costume, and Dina admitting that she won’t even bother interrogating Sandra, since Sandra is too weak and stupid to steal anything. Sadly, this is the only other point in the episode that we see Sandra, but at least we got one standout Dina/Sandra moment, which Superstore really needs to make use of a bit more often.

Within this storyline’s antics, Garrett also finds himself especially disturbed and confused by his fixation on Dina’s breasts, since, as he puts it, his rational brain tells him that Dina is, “The same crazy fascist that once directly removed gum from his mouth”, while his caveman brain keeps making him want to stare at Dina’s chest. This could have come off as a juvenile subplot, but the way that it was executed was actually brilliant. The show avoided forcing Dina and Garrett into an awkward, abrupt hook-up, Garrett being wheelchair-bound was effectively utilized in putting his eye line right at Dina’s chest level, and Dina mistaking Garrett being distracted, suspicious and actively avoiding her for Garrett trying to hide that he has stolen the warped fruit towards the end of the episode, made for incredible icing on the cake. Dina never catching on to Garrett’s confused arousal by her outfit was also very funny, especially when Garrett tries to clear his head by tagging along with Jonah to German silent film, Nosferatu, only to have Dina also end up inviting herself along, complete with her shirt unbuttoned. Oh dear. 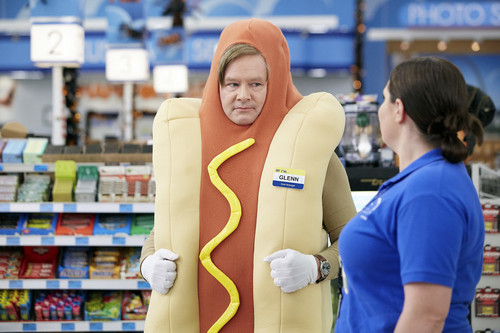 Another highlight storyline in this episode came from Jonah being assigned to work the jewelry counter with Cheyenne, having never worked with Cheyenne before. Jonah initially struggles to converse with her, but eventually, they start bonding over employee gossip. This leads to Cheyenne informing Jonah that the other employees think that he has a crush on Amy, finally addressing that elephant in the room with the show’s audience, and the other characters. Now that the cat is out of the bag, Jonah starts acting weird around Amy later, right as Amy becomes vulnerable, after her daughter decides to opt out of tricking-or-treating with her, in favour of going with her friends. The way that Cheyenne proved to be a surprisingly effective catalyst for more than one romantic subplot was very inspired here, as she also catches Mateo sneaking off with Jeff for a covert date, which will surely lead to some interesting story turns later!

The stolen fruit still plays a considerable part in the episode, even before Dina manages to corner Garrett, with Dina going as far as to harass customers who look to be buying anything that could be used for pranks, saying that these items are weapons on Halloween, before hilariously declaring that no one should bother gun purchasers. After Dina tries and fails to appoint Myrtle as a store guard to prevent the employees from leaving (naturally, Myrtle is incredibly easy to distract), they visit another Cloud 9 branch to get some other warped fruit to replace the missing fruit and appease Dina. At this other branch, Glenn sees the assistant manager treat the manager with incredible respect and sweetness, and this has him reflecting on his tense professional relationship with Dina on the way back. It’s enough to get Glenn to finally stand up to Dina and let the employees leave at the end of the episode, after the fruit turned out to have simply fallen behind the other produce that was stacked, which was a pretty satisfying moment. It was also very funny to have Glenn pile on the victory sentiment by declaring that he is going to go home and make love to his wife, but only if she is up for it. Even when he grows a backbone, Glenn is still Glenn, and that’s a great thing! 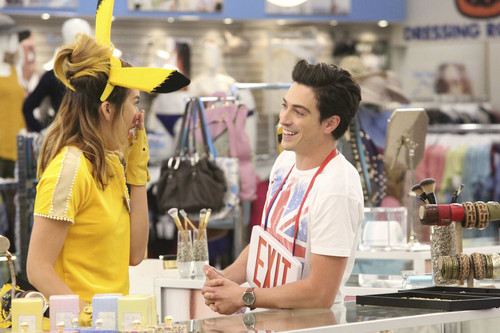 Superstore really brought it this week, shooting to a great high note not just for itself, but for current television sitcoms overall! Not only was the Halloween theme put to superb use with the Garrett/Dina storyline, but the show also took satisfying strides forward with office romances and Amy having to let her little girl grow up. This episode was a fantastic mix of hilarious comedy, heartfelt storytelling and lots of charming character, which really represents Superstore at its absolute best. Also, for what it’s worth, Lauren Ash really does pull off that policewoman costume. Damn.