A seemingly ordinary update to mobile gaming sensation, Pokemon GO recently went live for iOS and Android, and dataminers have seemingly learned something crucial about what’s next for the mega-hit game’s roster of collectible critters, with TheSilphRoad breaking the scoop. After digging into the files of Pokemon GO update 0.45.0 for Android, it was discovered that foundational data for 100 additional Pokemon has been added to the game, namely for all of the Generation-II Pokemon that were introduced in the series’ second mainline games, Pokemon Gold Version and Pokemon Silver Version!

The data simply adds descriptions for the Pokemon, with no accompanying movesets, so it’s likely that the actual introduction of Generation-II Pokemon into Pokemon GO is still a fair ways off. That said, dataminers found all of the Johto region’s collectible creatures present and accounted for, including not only the regularly catchable monsters, but also baby Pokemon such as Pichu, Togepi and Elekid, legendary Pokemon such as Raikou, Entei, Suicune, Lugia and Ho-oh, and mythic Pokemon, Celebi. It was also confirmed that game data for Ditto, the one non-legendary and non-mythic Pokemon in the original Generation-I roster from Pokemon Red Version and Pokemon Blue Version that is still not available to catch in the game, is being added in the update, including its lone move, ‘Transform’ getting animations and details, suggesting that Ditto will soon become available to catch in Pokemon GO in some form.

Pokemon GO remains a massive hit for mobile devices, raking in over $2 million a day in microtransactions on average, with the app itself being free to download and start. Developer, Niantic Labs has previously been coy about their plan for future Pokemon being added to the game, even at one point suggesting that Pokemon GO may be permanently constrained to the initial roster of 151 Pokemon from the original Game Boy games. It seems now though that at least the Generation-II Pokemon from the first games’ Game Boy Color successors are set to come to the game at some undetermined point later. 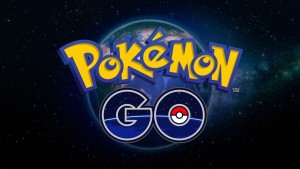 Keep catching Eggplante for all major news and updates on Pokemon GO.