Despite the very positive initial reception to Nintendo’s video trailer for their upcoming next-gen hybrid gaming platform, Nintendo Switch, rumours have now started flying around that the device could be a sizable power downgrade from even the base model PlayStation 4 and Xbox One. Stoking that fire most recently is Capcom, who responded to a question at their recent earnings call about porting their existing games designed for the competing PlayStation 4 and Xbox One consoles to Nintendo Switch, by seeming pessimistic about the prospect. 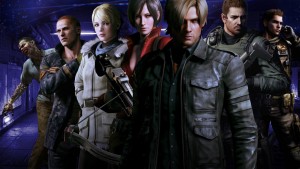 This doesn’t seem to be very assuring for people who were hoping to see current-gen Resident Evil, Street Fighter or Dead Rising games on Nintendo’s upcoming platform. However, Capcom obviously didn’t rule out developing dedicated Nintendo Switch exclusives, as they’ve consistently done for the Nintendo 3DS in particular. Marquee Capcom franchises such as Monster Hunter and Ace Attorney have thrived as exclusives on Nintendo’s current handheld, be they timed or perpetual (Ace Attorney games often expand to mobile about a year after they release for Nintendo 3DS), and it stands to reason that Capcom will keep expanding these properties and perhaps some new ones on Nintendo Switch, having already publicly pledged to develop games for Nintendo’s upcoming hybrid device.

Nintendo has not commented on the specs of Nintendo Switch, including whether they may be closer or further to the likes of the competing PlayStation 4 and Xbox One. Currently however, the evidence from official sources suggests that, if the Nintendo Switch will be a downgrade, it won’t be a severe one, as some rumour mills are indicating. The Nintendo Switch is already confirmed to get at least a couple of ports for games designed for current-gen consoles, namely next year’s new Sonic the Hedgehog game and Dragon Quest XI, with the device’s reveal trailer teasing unconfirmed ports of The Elder Scrolls V: Skyrim – Special Edition and new NBA 2K games for the device as well. Nintendo Switch has also been explicitly confirmed by Nintendo and Epic Games to run Unreal Engine 4, a cutting-edge development tool that requires fairly healthy specs to run effectively.

Keep switching to Eggplante for all major news and updates on Nintendo Switch, and Capcom games.