After taking a welcome break from the misery with last week’s more optimistic episode, The Walking Dead, sure enough, returned to its regularly scheduled morose in this week’s episode. “The Cell” shifted the perspective once again, this time firmly within Negan’s camp, as we see an episode that provides a contrast between the captured Daryl, and the surviving Dwight. This episode also provides us our first look at the core of Negan’s base of operations, and tells us a lot more about how The Saviors operate beyond their outside missions and brutality.

That’s not to say that there wasn’t brutality this week. Daryl is, naturally, being treated less than ideally, being fed an exclusive diet of dog food sandwiches, taunted with a fate of being impaled on a fence as a decorative Walker if he steps out of line, and on top of that, he’s seemingly constantly tortured by a weird, yet strangely catchy song called, “Easy Street.” All the while, Dwight is the one to show Daryl his new home, as Daryl is put to the test with equal parts temptation and torture, while Negan tries to make Daryl into the enforcer that he wants him to be. 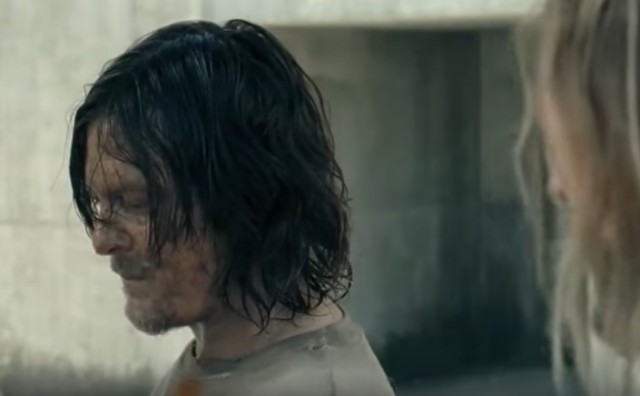 I know this isn’t going to be a very popular opinion, but I still have to say it; I don’t think Daryl’s character has been nearly as interesting on this show lately. In Season Six especially, he was around, and he helped out the crew as any of the other survivors did, but that was kind of it. He did have that interaction with Dwight, Sherry and Tina, easily his best storyline from last season, but for most of the other episodes, he felt like he was just sort of… There, pitching in and not standing out from the rest of the survivors. That fortunately changed in this week’s episode, where Daryl’s quiet, contemplative agony finally made him an interesting personality again, and finally justified why the show still hasn’t killed him off yet, beyond the increasingly annoying threat of fan riots. Even without an over-abundance of dialogue, Norman Reedus perfectly sold Daryl being torn up over leading to Glenn’s death during the season premiere, and we got a bit more of that great Daryl character that the show used to have.

Another interesting new direction for Daryl’s character is that he’s contrasted with Dwight in a very clever way. Dwight having Daryl’s jacket and crossbow, a direct carryover from Dwight and Sherry walking off with Daryl’s stuff last season, further highlights that Dwight is the man that Negan wishes Daryl to be. Dwight is a man who used to rebel against Negan, particularly when Tina was killed, and Negan decided to take Sherry as a new wife, but ultimately, sometime during the events of last season, Dwight voluntarily returned to Negan, receiving a hot iron to the face as punishment for his revolt and stealing of medicine for his companion. Negan recounting this story to Daryl towards the end of the episode finally filled in the blanks, and more than ever, suggested that Dwight, in his own way, is still being tortured, just as Daryl is. The difference however is that Daryl remains unbroken. 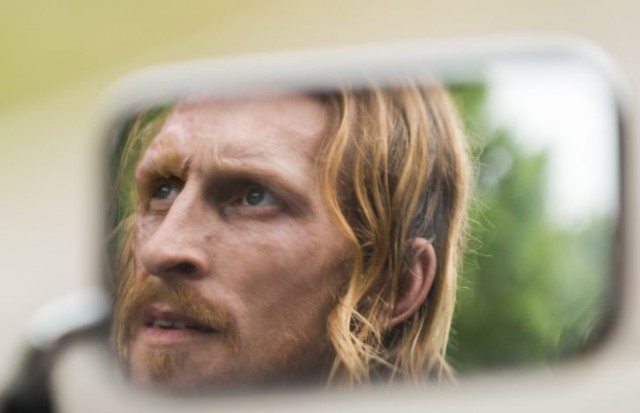 Dwight’s anguish was also brought up as he’s forced to retrieve another thief, managing to find the guy on the road, and attempts to forcibly take him back to The Saviors. The scene where the thief actively insists that Dwight kill him, since he’d rather be dead than spend another waking minute under Negan’s boot, was one of the best in the episode. Dwight shooting the guy in the back, so he can turn into a Walker and be placed on that growing fence of Walker sentinels, was also both cruel and pathetic at the same time. Even this thief displays more courage and drive than Dwight currently does, with Dwight seemingly giving up, while Sherry is also forced to wander around, being one of Negan’s supposed sex slaves. Oh yeah, Negan has sex slaves. He even offers them to his followers as rewards when they do good work. Frankly, I’m surprised that it took this long for The Walking Dead to incorporate some kind of sexual bartering economy with its characters and villains.

It’s still very easy to enjoy Jeffrey Dean Morgan’s Negan performance as well, since he’s still stealing every scene he’s in. The drawback with Negan however is that his writing is now becoming a little shakier. Negan’s over-confidence with Daryl feels rather ill-advised, even for a television villain, and one truly has to wonder why no one has ever attempted to rebel against him, something that this episode also brings up, yet conveniently doesn’t properly answer. The most head-scratching moment comes when Daryl makes an escape attempt, and Negan comes out to greet him with several enforcers, only to let Daryl off with a light beating and nothing else. Seriously? That’s it? That doesn’t really jive with Negan’s attitude from the admittedly very overwrought season premiere. He didn’t even break one or both of Daryl’s legs? He didn’t give him one of those shit sandwiches that Dwight threatened the runaway thief with? I get that Negan wants Daryl in fighting form, but why is he suddenly pulling punches? He sure didn’t seem intent on doing that when he was directly staring down Rick’s crew, and there’s no shortage of enforcer-friendly folks there, who may even break a lot easier than Daryl. 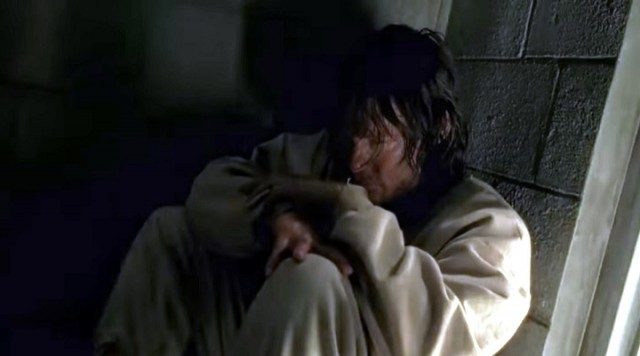 Overall though, this was another very good episode of The Walking Dead, one that continues to have Season Seven mostly improving on the disappointing final product of Season Six at this point. The show is thankfully ditching the Talking Dead-baiting pageantry and unnecessary fake-outs/cliffhangers so far this season, and the way that the storylines have been split is so far working pretty well. Negan’s extreme arrogance is getting a bit harder to swallow on his home turf, since he’s starting to come off as an unbelievable super-villain at this point, but maybe his return to the rest of Rick’s group next week will see the character become a little more than a grinning, bat-swinging hooligan.

The Walking Dead 7.3: "The Cell" Review
The Walking Dead effectively picked up from Daryl's perspective this week, as we get our first look inside Negan's home base.
THE GOOD STUFF
THE NOT-SO-GOOD STUFF
2016-11-07
85%Overall Score
Reader Rating: (0 Votes)
0%