As 2016 starts to enter its final weeks, television networks have begun to look ahead to what’s on their midseason schedules for when our favourite TV shows will return, along with the all-new programs waiting on the bench for a midseason debut. After FOX announced its midseason TV slate extra early, recently finalizing premiere dates to go along with the midseason schedule that it unveiled alongside its original Fall schedule last Summer, The CW has now confirmed when its own selection of shows are going to return to the airwaves in 2017.

Most conspicuous to start is that The CW’s two new Fall shows, Frequency and No Tomorrow, are now almost entirely absent from the midseason schedule, confirming that they didn’t receive additional episode pick-ups in the end. As a result, both shows’ first seasons will soon be hosted on Netflix in the U.S., after they both wrap up their debut seasons in January (No Tomorrow on January 17th, and Frequency on January 24th), though they’re both already only viewable on Netflix here in Canada. The CW has claimed that neither Frequency nor No Tomorrow has been cancelled at this point, and both could still end up being picked up for a second season, though their fates for the future currently remain undecided.

The CW’s lengthy slate of returning benchwarmers for 2017, namely The 100, iZombie, Reign and The Originals, which were intentionally held back to debut their new seasons during the midseason period, will accompany some timeslot shuffles for The CW’s current Fall lineup of shows as well. Mondays are being left alone, and the network’s duo of top hits, The Flash and Arrow are also staying put in their regular timeslots, though fellow DC series, Legends of Tomorrow is now moving to Tuesdays, where it will follow The Flash. Supernatural will move into the former Thursday headliner timeslot of Legends of Tomorrow, serving as a lead-in to The CW’s lone new midseason show, the Archie Comics-inspired drama, Riverdale.

As for when the midseason premiere shuffles take effect, The CW confirmed that Legends of Tomorrow will resume its second season on January 24th, following up The Flash, with Supernatural returning in its new Thursday night timeslot on January 26th, which is also the premiere date of Riverdale. Legends of Tomorrow will then finish up its second season on March 28th, whereupon iZombie will take its place in its usual Tuesday night timeslot, debuting its third season with back-to-back episodes on April 4th, starting in The Flash’s usual 8:00-9:00 timeslot, before moving to its regular 9:00-10:00 timeslot on April 11th. The 100, meanwhile, will return for its fourth season on February 1st, with Arrow as its Wednesday night lead-in, while Reign also begins its fourth season on February 10th, after Crazy Ex-Girlfriend concludes its second season on February 3rd. Lastly, the final episode of The Vampire Diaries will air on March 10th to conclude that series, after the show resumes on February 10th, with spin-off, The Originals then subbing into that Friday night timeslot to begin its fourth season on March 17th.

At a glance then, the midseason 2017 schedule for The CW is like so:

While it seems to be currently unclear exactly when Supergirl and Jane the Virgin will return for Monday nights, those two shows represent the most stable element of a somewhat convoluted CW schedule for 2017. The Flash and Arrow staying in their regular slots certainly makes sense, especially since The Flash is currently the network’s highest-rated show, with Arrow also continuing to boast some of The CW’s highest ratings at this point. Legends of Tomorrow giving way to Supernatural on Thursday nights, with Supernatural being The CW’s highest-rated non-DC show at present, also makes sense with Legends of Tomorrow’s shorter 17-episode order for Season Two. Beyond that though, the rest of the schedule feels over-crowded and a bit messy, despite having the same reliably strong programming for genre audiences. 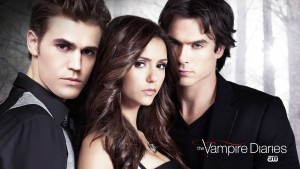 Having to wait all the way until April for the return of cult hit comic book-inspired series, iZombie kind of stings, though at least The 100 is returning a bit earlier in its move to Wednesdays at the start of February. The CW having to wrap up Frequency, No Tomorrow, Crazy Ex-Girlfriend, Legends of Tomorrow and The Vampire Diaries early has led to a pretty messy midseason schedule however, even if we already know that The Vampire Diaries won’t be back after its series finale airs in March. Subbing The Originals in for The Vampire Diaries after it finishes is fairly logical, though Reign suddenly serving as a Friday headliner with its infamously low ratings is pretty odd, as if The CW has thrown up its hands with Fridays and is just sticking whatever it needs to there for the likely fat-trimming it will have to do when it comes time to renew and cancel shows in Spring. That may not be surprising however, since Friday is one of the least lucrative days of the week for primetime television programming.

Keep tuning in to Eggplante for all major news and updates on The CW’s programming schedule.